Everyone fond of Pottery Barn Teen rejoice – the company is opening its first PBTeen store in Atlanta. 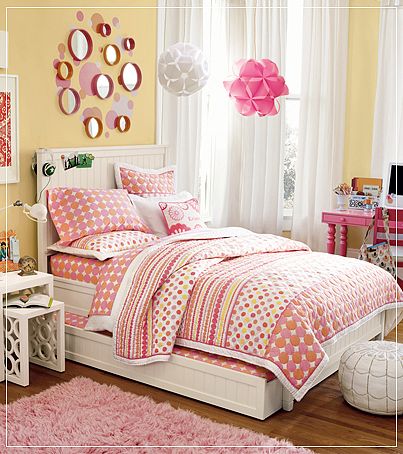 Even The Princess, with no teenagers to cope with or decorate for, loves PB Teen.  The vivid, vibrant colors and designs are good for the spirit, and the quality generally very good.  Simply another reason to toddle on over to Lenox Hill and make another contribution to America’s economic recovery…yes?! 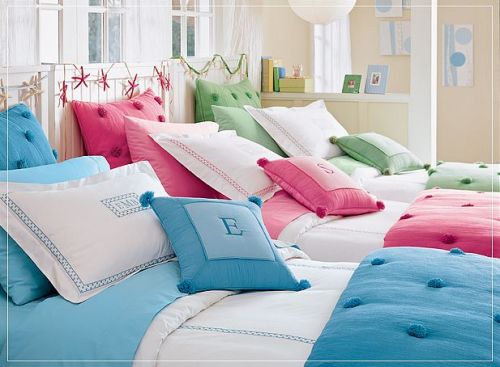 And now, a sneak peek at a few upscale perfume and cologne lines, the first from Ralph Lauren.

The perfect size for a stocking stuffer, the flask is sterling silver with a vintage-inspired enamel jockey on the front, ideal for the Lauren equestrian look.

Also on the way, three scents from Sarah Jessica Parker from her new Lovely Collection, available in February 2009.  There will be three different fragrances: Dawn, Endless and Twilight.

According to the story in WWD, the Collection will have an intensive TV and internet campaign. 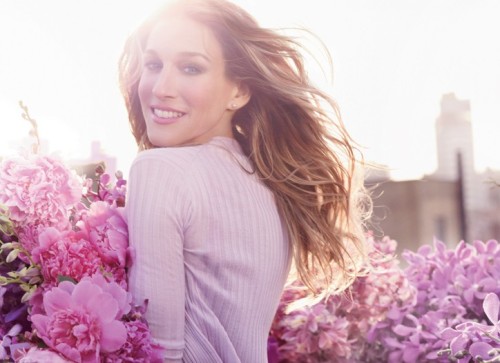 These will be available as eau de parfum at $38 and $58; there will also be a scented body lotion retailing at $28.

The Moment, the Times’ fashion blog, has an interesting review of the new fragrances.

“Given that feminines are almost always superior to their masculine counterparts (see Light Blue, Rive Gauche, Carolina Herrera, et al), it is always a surprise when the masculine smells better. But perhaps when it’s Brooks Brothers, this should have been expected.”

Hhhhmmm. Apparently this will require personal investigation before we can render a personal opinion. If any of you have remarks on the new scents, you simply must share with the rest of the class.

As we are always on the hunt for new and exciting web sites, today we suggest readers may enjoy a visit to Ivy Style, a relatively new blog.  One of the recent posts is on the “Return of the Young Fogey” and it is really quite entertaining.

We hoped to leave you with some witty thoughts on enjoying a preppy Halloween, but are not doing well on this mission.  There is online advice on How to Dress Like an 80s Prep (rather lacking IOHO), and Diva Village shares their tips for dressing like Nancy Drew, with a cute collage. 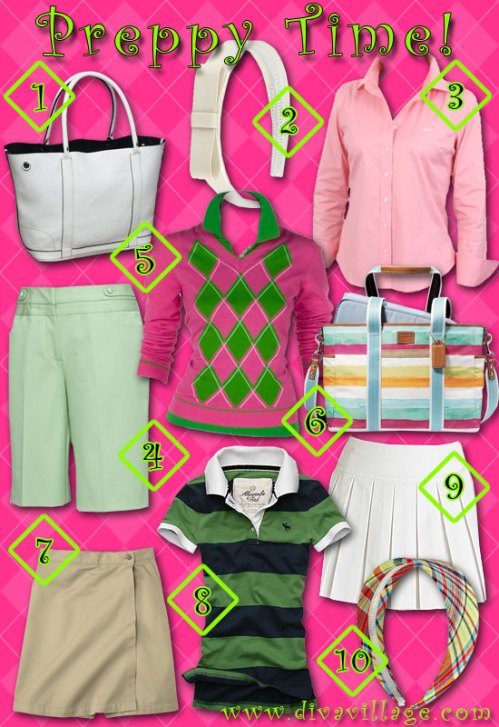 So we’ll merely say Happy, Happy Halloween to everyone – we hope it is warm and wonderful wherever you may be!

Way back on May 5th of this year we chatted about the NY Time’s article on discount retailer Steve and Barry’s, home to Sarah Jessica Parker’s ‘Bitten’ line of clothing; the headline for the story asked “Is This the World’s Cheapest Dress?” with an SJP floral print dress (seen below) accompanying the story as the rhetorical dress in question.

In his article Times writer Eric Wilson looked at the retailing phenomenon Steve Shore and Barry Prevor created with their company, a chain where the most expensive items are just $8.98. More accurately, Wilson honed in on precisely how Steve and Barry’s merchandise could be sold profitably at that price. From the story:

The question on everyone’s lips: How do they make a decent dress or a jacket, with sleeves, or a pair of functioning shoes for $8.98? 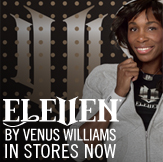 “There’s been a revolution, a full-blown revolution,” Mr. Shore said, sounding, at times, just a bit like Crazy Eddie. “We just haven’t told anyone yet. If the Gap or Abercrombie & Fitch or J. Crew said that everything in the store is going to be $8.98 or less, it would be front-page news. But while no one was noticing, we opened stores across the country that have identical clothes for much lower prices.”

The question, again, is how.

That was, and remains, the question of the day. Mr. Wilson appeared to be pressing for an answer in his story, but never seemed to get one that spoke directly to the issue. It hasn’t been two months since the story was published, and well, here we are. Things are not good at Steve and Barry’s; they are in fact, very bad.

We don’t know if it was ‘the World’s Cheapest Dress‘ or not as the article asked, but we are pretty sure it probably needed to cost more than it did. A dollar more…? Two dollars…? How much exactly would have been enough to avoid what is going on now: a frantic search for funding to keep the company afloat, ongoing planning to close at least 100 of the company’s nearly 300 stores, continuing work on a bankruptcy filing should that be required, and all of the other unfortunate tasks that become necessary when the train leaves the tracks while traveling at a high rate of speed.

It is a shame, because a lot of people are impacted by what happens with the company, as are a lot of hopeful fans who believe in Steve and Barry’s credo that good fashion doesn’t have to cost a lot of money. We’ll keep you posted.

If you aren’t too depressed after reading all of that, here’s one activity to put on your list, be it online or in person: the Williams Sonoma Home Sale.

There are always loads of goodies at this one, and this year doesn’t disappoint. There are always wonderful finds to spruce up your own cottage or winter residence, and if that isn’t in the plan, they have so many items that make ideal gifts, especially Hostess gifts when heading out as a guest for a weekend at the beach. These Raffia Embroidered Pillows just scream “summer fun” with their whimsical fish and crab motifs!

And we’ll absolutely have to notify our recently returned stateside Nautical by Nature preppy to take a look at the Nautical Rope pillows, as they just looko like something she needs… if she doesn’t already have them. In pairs. The Pure and Simple Soaps from Scotland are always a hit and great to have in the house. 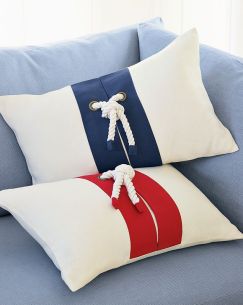 Those are just a few of the samplings from W-S Home, always worth a minute or two in our opinion, and not only because we were already at the website looking at Ice Cream recipes, as we were. So? I mean, what is the big deal if we have quite the full table for a festive Fourth gala. And Cook has been given the weekend off. The whole weekend. Off. And yours truly said she would make the ice cream. Personally make the homemade ice cream. This will be good.

You see we have one of the contraptions shown here, and it did seem like a good idea at the time when planning menus for the week to decide that the final course be something all American… ice cream! Of course! Homemade! Oh yes! In fact, I’ll make it myself, surely this is something I’m capable of! Oh Nooooooo.

Oh well. Photos may follow. If not, ask questions at your own risk.