Hello-hello! And aren’t we feeling more positive about that pesky little financial crisis. Hhhmm, it must all be taken care of apparently…

Lots of these faces all over the place Monday, including most of the overseas markets….

Oh…it’s not all taken care of?  We shouldn’t toddle over and visit our friends at the bank to apply for an unsecured loan? Oh. How dreary. And as you can see, not everyone was happy Monday.

These gentlemen are described as:

In case this isn’t already evident, ‘Fair Warning’ to readers: it is possible, perhaps even likely, The Princess is feeling a tad snarky today. Oh my!

It has been some time since we shared any new nominations to the AntiPrep Hall of Shame, but with so many suggestions coming in we are concerned about a backup.  Therefore we reveal our newest member: Omarosa Manigault-Stallworth. 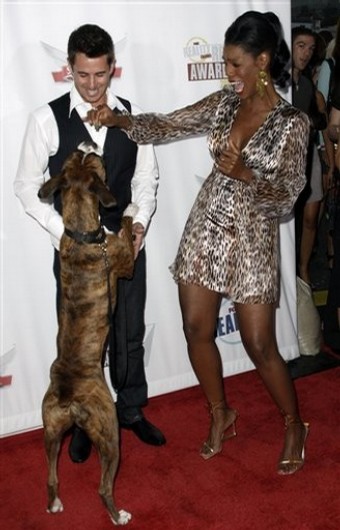 Yes, that Omarosa.  As a contestant on the first season of NBC’s The Apprentice she was loathed by most; she returned for the Celebrity Apprentice edition. This is a woman who has taken self-promotion to new levels.  Tomorrow Ms. Manigault-Stallworth’s book is released, entitled “The Bitch Switch: Knowing How To Turn It On and Off.”  Really. We couldn’t possibly make this up, not on our best day.

“From Omarosa, reality star, global television personality, and the prime-time woman you love to hate, comes The Bitch Switch, the smart and bitingly honest must-read for every woman who aspires to succeed in relationships, in business, and at home.” 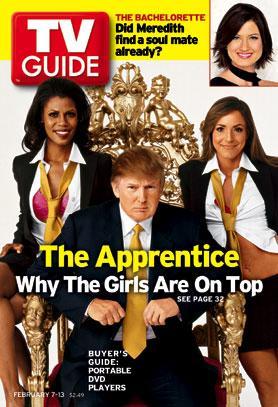 According to People magazine, Donald Trump wasn’t the first person to fire her:

“The former political appointee—who spoke glowingly of her White House days—was banished from four jobs in two years with the Clinton Administration. At her last one, “she was asked to leave as quickly as possible, she was so disruptive,” says Cheryl Shavers, the former Under Secretary for Technology at the Commerce Department, where Omarosa worked several weeks in 2000.”

If you are not yet familiar with the AntiPrep, it can be either ‘things’ like these, or humanoid, like our HOS members Paris Hilton and Kim Kardashian. More than anything it is gauche if not outright crass or vulgar, and frequently involves extraordinary levels of self-promotion.

Every day for a week we have been meaning to post this.  We promptly forget about it until the next day when it is once again the most-emailed story on WWD (Women’s Wear Daily online, subscription required) and we say, “Gosh Princess, you really should share this, everyone else seems to find it fascinating.” 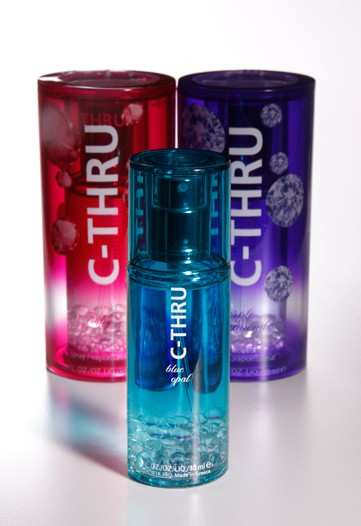 ‘This’ is news that Estee Lauder is going mass-market, introducing three different perfumes at Walmart in December before starting sales at other discounters like Target and Kohl’s.  How upset do insiders think the department stores will be? Not very.

“Decades ago, news of a Wal-Mart tie-up would have rattled the chandeliers in the company’s Fifth Avenue headquarters. But now the move could be interpreted as merely reflecting the broad evolution in the market and at Lauder…”

Each of the three scents is named for a gem: Blue Opal, Purple Diamond, and Ruby. They will be packaged as eau de toilette sprays and sell for $17 and $25.  Now on to our next topic. 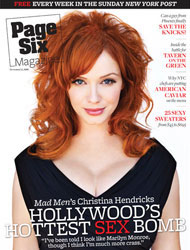 “No one will send me dresses,” she says. “Designers loan size 2 or 4 samples to actresses, but I’m not that size. It’s like I’m a freak because I’m curvy and I can’t squeeze into those things. I’ve had some problems with that.” 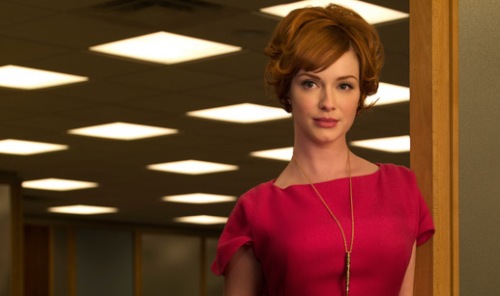 As regular readers know, TP is so enamored of the show her social secretary knows to plan Sunday evening activities around it, most unusual for the Princess household. A little secret: TP even follows characters from the show on Twitter.  If anyone missed last night’s episode, be advised things became quite cryptic at the close of the show, perhaps related to these two? (Laura Ramsey plays ‘Joy’ with no last name & ‘Don Draper’ is played by Jon Hamm.)

Next, word that luxury superpower LVMH (think of brands like Vuitton, Givenchy, Marc Jacobs) had a smashing third quarter, despite many other retailing groups performing poorly. The only downside seemed to be Vuitton watches, causing one stock investment analyst to say:

“Sales of watches did not slow down, but collapsed…”

Some blamed the decline on Tag Heuer’s watches, which are considered the lower end of the company’s brand spectrum. We must admit we did not contribute to any horological growth for any company, anywhere.