Hello-Hello, today we continue with our look at flash sales, focusing on prep brands sold via this method.

Many of the companies offer sale events several times a year, almost on a quarterly basis, others may be sold even more frequently and some less often. Prices are generally very good, at least 25% off MSRP, with the majority of items marked down by 40% and more.  Special sale and promotional events (Sunday Night Styleathons at RueLaLa, Last Day Discount at another site) provide even deeper price cuts. Here are just a few names you know that can be found at the discount-driven sites: Lilly Pulitzer, Brooks Brothers, Vineyard Vines, Vera Bradley, Jack Rogers.

For example, Lilly Pulitzer will be back again this Thursday at Rue La La.

Most recently Lilly was sold at RueLaLa in mid-May, that event featured the label’s stationery and gift items.

Even when there are multiple opportunities to purchase discount goods via flash sales, that does not translate into easy acquisition of merchandise you may covet. Why not? In part because there is a limited amount of inventory available, but also because there is an abundance of savvy shoppers very quick with the trigger finger, aka the ‘enter’ key. Lilly and other popular brands sell out very quickly. RueLaLa sales events generally start at 11am, it is not unusual to find a third or more of the inventory gone within seconds, there are that many people who are that fast.

As many know, RueLaLa is a dominant player in the flash sale market, that is where we have found Brooks Brothers on sale.

Along with the retailer’s edgier, pricier Black Fleece line.

But as we mentioned Monday, many brands are now doing their own limited time sales, Vineyard Vines & Brooks Brothers among those having done this in the past. Below, two promotional images from previous flash sales the brands have conducted on their own websites.

We expect to see more of this in the future from a growing number of companies, as well as more brands ‘taking over’ a flash site, where they are the only thing offered. Below, an image from one such event at Gilt, Kate Spade was the brand showcased.

Another brand many like, Vera Bradley, has been offered on a number of the sites. Back in 2009 (and possibly 2010) the line was found at RueLaLa, but most recently it has been on sale at Ideeli, the promotional image below is from this February.

Handcrafted needlepoint accessories from Tucker Blair have been offered via Gilt, another industry leader.

Smathers and Branson, the primary competitor to Tucker Blair, can be found at another site, more on that in a moment.

The photo above shows them at RueLaLa, Jacks have also sold at Gilt, the image shown below is from January, 2012. 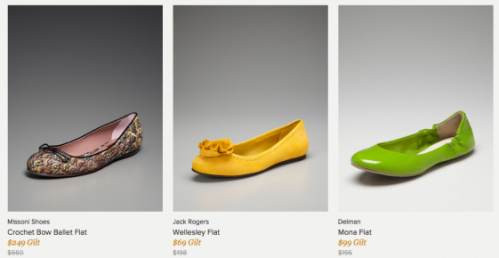 You can also find brands many preps like offering house and home merchandise at the sites, like Macbeth Collection with its bright array of colorful containers and partyware. This piece is from an email campaign promoting a sale event at Haute Look, the site owned by Nordstrom. 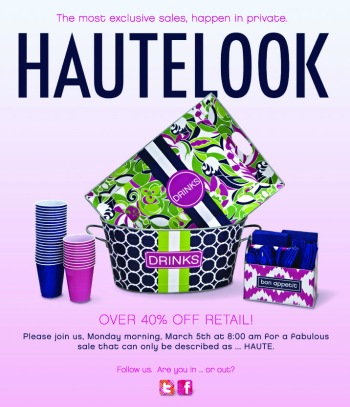 Macbeth has also been sold at One King’s Lane, and is currently on sale at Beyond the Rack, through tomorrow (June 7).

Jonathan Adler’s classic designs are occasionally offered, this image is from an April event at One King’s Lane.

A sale at RueLaLa just wrapped up, but the line has also been sold via One Kings Lane, Joss and Main and perhaps other venues.

A few more preppish brands that can be found discounted, followed in parentheses by the specific sites where I *know* they have been sold, there may be many others I simply don’t know about:

In Monday’s post we mentioned Five Mile, carrying merchandise for men, especially those with an active, outdoor lifestyle.

Another niche discounter that may hold appeal for readers, Uscoop, targeted primarily at a college demographic. 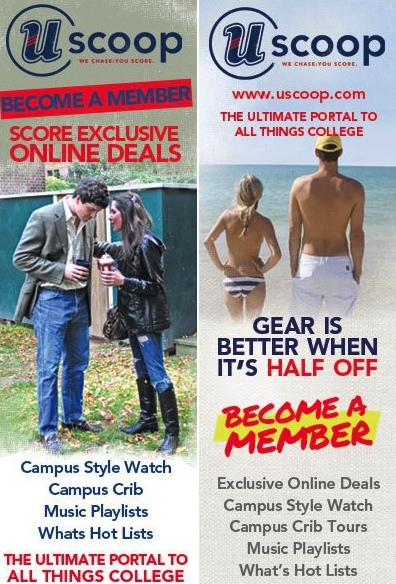 Uscoop has done an outstanding job of engaging customers and potential customers through social media, it is a fun spot to visit. This is also the company that just launched Tuckernuck, many readers are already familiar with the new endeavor dealing in preppy style and related brands.  We will be writing about it in the future.

One more appealing online store has also recently launched, Country Club Prep. This venture is a members-only operation, but that is for membership rewards, etc., it is not a flash sale operation. (However, it is a site we enjoy, we will also be writing about CCP in the future.)

A few points to keep in mind:

1) Some brands offer different categories of merchandise via different outlets. Clothing can be found at one site, sunglasses at another, bedding and home goods at a third, perhaps accessories at a fourth.

2) Those tracking sales at multiple sites often set up a specific email account just to handle the email, I did that when deciding I wanted to research the topic for a series of posts; it allowed me to maintain sanity (kinda’ sorta’).

3) Other options for tracking online sales: Racked.com’s Morning Flash Sale Roundup is a good list, although shorter than some may like; for those who enjoy reading Sample Sales Site has an extensive list found here.

4) Following sites on Facebook and/or Twitter has its advantages, many offer additional information and photos on upcoming sales.

That’s it for now, we’ll be back in a few days with a look at the deals being offered… are they really bargains?

NOTE: If in need of an ‘invite’ (ahem) to any of the sites, those I trust are listed here (scroll to the bottom of the post), as well as Part One of our look at the flash sales phenomenon.