Hello-Hello, we are just all adither, business and volunteer commitments have combined to make the time fly by, so we are brief.

We begin with a more in-depth look at the Prep World pop-up shop.

From a NY Times story about the store:

“It could have come straight from the Hamptons or Martha’s Vineyard, or “The Wizard of Oz.” Instead, it came from a warehouse in Yonkers, a pop-up dwelling built to look like a fancy beach vacation house, and assembled in less than three days on newly planted sod in Gansevoort Plaza.”

The cottage/shop is designed to have a weathered feel. 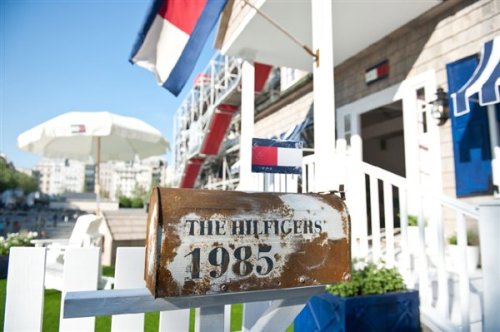 The store opened with a party last night, bringing out a number of celebrities, below we see John Legend and Christine Teigen, as well as model Jessica Stam and Gossip Girl’s Jessica Szohr. 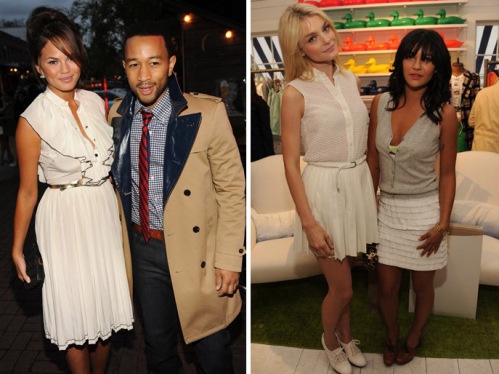 Prep World is a collaborative effort between “TOPH/True Prep” author Lisa Birnbach, and mass merchandiser Tommy Hilfiger.  Below we see the best selling author at last night’s party with actress Hayley Atwell, on the right, Mr. Hilfiger with his wife, Dee. 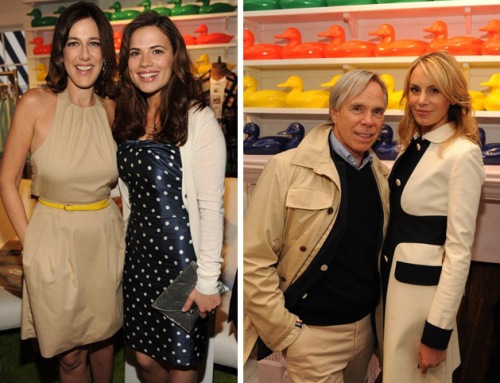 Teen Vogue has photos from inside the store.

Why do the limited edition line? More from the Liz Robbins story in the Times:

“The preppy lifestyle has gone global,” he said. “We feel that our business has grown so well because preppy travels so well. It’s all-American classic.”

Below, merchandise from the 60-piece collection, the Fabric Boat Shoe, and the Anchor Tote.

More of Mr. Hilfiger’s thoughts on the designs from the Times story:

That is true, the word definitely has very different connotations to people.  Just how different? Well, most preps we know wouldn’t even consider wearing these shoes, yet they have already proven to be very popular with the more fashionable crowd.

More photos from the store may be found on the the Hilfiger Facebook page. 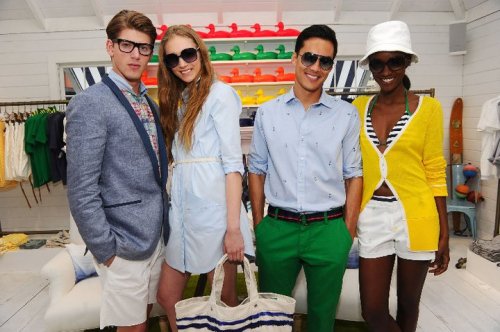 Fortunately there are a number of the cottages, because the London shop in Covent Garden is opening as we type, with another Gossip Girl star on hand, Ed Westwick.  For more detailed background on the collaboration, click here for our original post.

Our other tidbits involve Prince William and Kate (more formally The Duke and Duchess of Cambridge). St James’s Palace has verified the newlyweds will visit the US, spending three days in California. They are expected July 8-10, following almost ten days in Canada. From The Telegraph’s story:

“While on tour, the Duke and Duchess will take part in Canada Day celebrations in Ottawa on July 1. They are also expected to zigzag across then country, visiting the Arctic, Prince Edward Island, Quebec and Alberta.

It will be the Duchess’s longest time in the public eye to date, with the world’s media scrutinising all that she wears, says and does.

The Duchess will have more than enough time to prepare herself – and her wardrobe – for the trip.”

And for those curious about how photographers managed to keep the young bridesmaids and pages entertained while taking the formal photos, The Daily Mail has a cute story explaining the secret.

“…a £1 ‘wiggly worm’ which Camilla revealed yesterday had been bought by her stepson Prince Harry especially for the occasion.

Yesterday, the Duchess revealed that she had been ‘terribly worried’ that three-year-old Eliza and the other bridesmaids might find the event overwhelming. 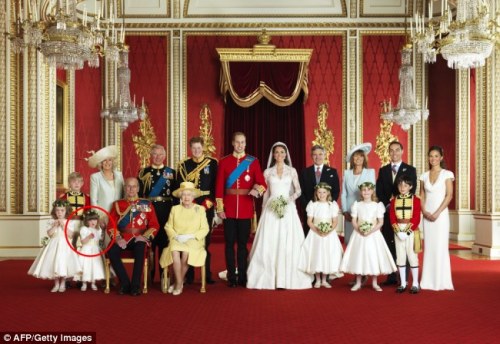 “‘Harry pulled this wiggly worm out of his pocket in the carriage to keep them amused. Eliza loved it so much that she wouldn’t let go and it even made the official photographs.

‘Can you believe it? She was holding onto my finger but in her other hand was this worm.

The young lady was absolutely precious, and very well-behaved throughout the day’s events. 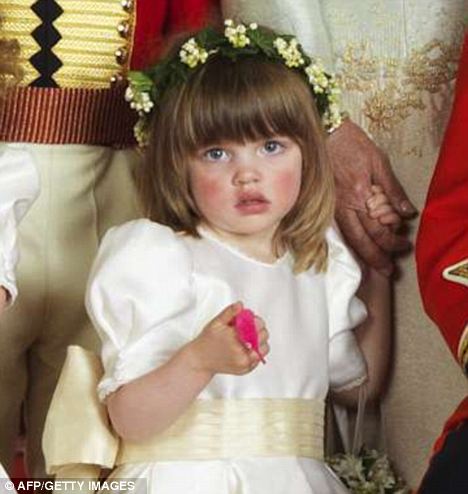 On that darling image we say goodbye until next time!

Should a Wellie have a Wedge?

Hello-Hello, and welcome to a warm and already sticky delightful Tuesday here at the Prepatorium.

Despite our personal denial of an approaching change of seasons, professionally we understand many readers are eager for cooler temps and fall fashions. Thus, today’s look at new goodies for autumn, although we begin with a question about footwear from Hunter, one of our favorite spots for foul-weather gear.  Are we hopelessly behind the times once again, not realizing the company is doing sandals? Below, the Amber Thong Sandal.

We were also not aware Hunter is doing a midheel loafer (rather an oxymoron, IOHO), the Newberry.

Back to those things the company is best known for, boots. There is a new Wedge-heel boot, the Interlaken, as well as a less pronounced wedge, the shorter Andora. How do you feel about wedges for the wellies? 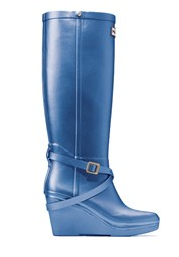 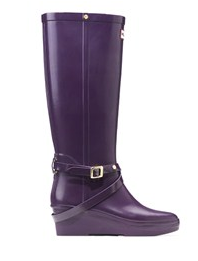 If more of a mind to do something Pretty in Pink, the Women’s Original Tall boot may be the answer; if needing something for your tiny prep, there is always the Kids Original. 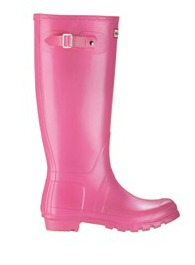 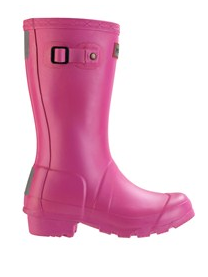 Also Pretty in Pink, this Girl’s Cardigan by Juicy Couture at Saks, on the right, a trendier take is seen in the KC Parker Girl’s Argyle Cardigan, also at Saks.

For the young MOP (Master of your Palace), the Little Marc Jacobs Sweater offers an updated twist to the classic pattern, while the Burberry Vest is done in the more traditional design.

If your MOTH (Man Of The House) enjoys this motif, the cashmere Argyle Sweater at Polo Ralph Lauren is nicely understated, while Brooks Brothers has a Camel Hair Argyle pullover for Men.

Brooks Brothers also offers a divinely discounted men’s Argyle V-neck in that pink and navy combination we’re so fond of, we are half-tempted to purchase the smallest size available and roll up the sleeves!

One of the more lighthearted argyle items we stumbled upon, the Argyle Heart Knee Socks at the Children’s Place, available in three bright and bouncy colorways. 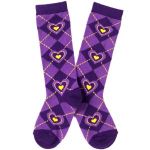 The fun socks aren’t only for the younger set, grownup girls can enjoy them as well; these three pair are all found at the Gap.

Polo Ralph Lauren also has Argyle Leggings in a subdued navy and green design, sadly the logo looks like it is on HGH (horse growth hormones), while the pink and green Knee Socks add a spark of whimsy to one’s outfit. 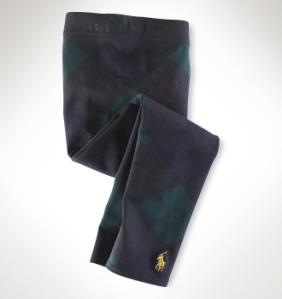 Moving away from argyle while keeping our gaze on fall fashions, we look at several new offerings from another Princess fave, Sperry. The Angelfish is offered in graphite nubuck and patent.  (We have yet to reconcile using the words ‘Sperry’ or ‘Topsiders’ adjacent to patent leather, it isn’t a look we’re crazy about.)

This is a style we have always adored, the Heron Rubber Slip-on, available in a variety of colors. 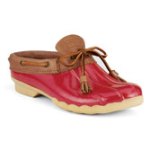 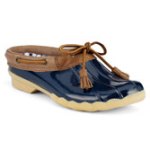 New for men from Sperry’s collaboration with Band of Outsiders, the Reconstructed Penny Loafer (L). No one will be surprised to see we are especially taken with the Authentic Original 3-Eye, also from Band of Outsiders for men. 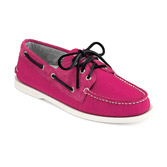 But then we saw this. On the Sperry site.

The only word we can come up with to describe the boot is hideosity.  Recognizing (and respecting) Sperry’s heritage is wrapped in the company’s stylized rivets, we just don’t see them used at the top of a wedge ankle boot.

To calm ourselves we returned to a more recognizable design, the Toddler Boy’s Castaway.

A look at the Girl’s Bahama helped restore us to sanity. 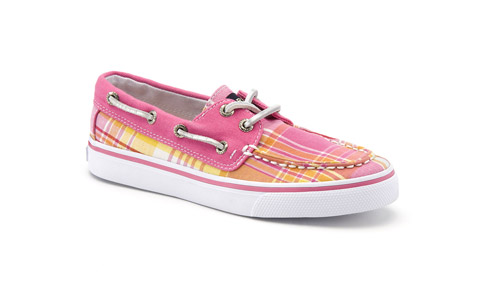 All is right in the world.

We leave you with an update on True Prep at The Princess, we are now officially taking pre-orders for the book.

We also took a plunge, adding cult classic Take Ivy to our offerings! This re-printing of the very-hard-to-find-original is being released August 31, just one week before True Prep.  From Take Ivy’s publisher:

We leave you with three more additions to the store: on the left, the Lilly Pulitzer 2011 Wall Calendar, and on the right, Lilly’s Desktop Calendar for use with an easel, or without.

And with that bit of shameless self-promotion, we say g’bye until next time!

A Tiffany Christmas, and The Top 40 Preppies? Ummm….You Decide

Hello-Hello, and welcome to a Wednesday.

Before we do anything else, we want to announce the winner of our giveaway that offered one of these treasures:

Those are the new Croffix Sailing Belts from our friend, Kiel James Patrick.  The winner of a brand new belt in her choice of pattern and size is So Georgia, of the So Georgia blog.  If you could send us an email with your preference in style and size, we’ll get it ordered for you!  We also send Kiel and Sarah a congratulatory hug on launching the belts and a “thank you’ for doing the giveaway with us!

As predicted, the upcoming reprint of Take Ivy (explained here) and release of Lisa Birnbach’s True Prep is bringing increased attention to all manner of things deemed “preppy,” to wit, “The Top 40 Culturally Relevant Preppies” from FlavorWire. Coming in at #1?

That distinction goes to Zack “Preppie” Morris (Mark-Paul Gosselaar), Saved by the Bell. Many on the list are fictional, including The Fresh Prince of Bel Air, Carlton Banks as portrayed by Alfonso Ribeiro.

“Ladies, locate your tennis skirts. Gents, dig up those Nantucket red pants. The New York Times and The Awl have called it: Preppie chic is back.”

Here are two real-life people included in the Top Ten.

The list contains some glaring oddities (Gordon Gecko? Non, non, non, if anything he was a yuppie), but we don’t look upon it as something to be taken seriously, it is more of a fun foray into how others interpret the term. We giggled in delight upon seeing one of our Mad Men characters, Pete Campbell (Vincent Kartheiser).

“So, in celebration of all things square and Country Club-approved, we have created a handy guide to the top 40 (get it?) most culturally relevant preppies.”

Many Princess readers will be pleased to see Lilly Pulitzer’s inclusion. 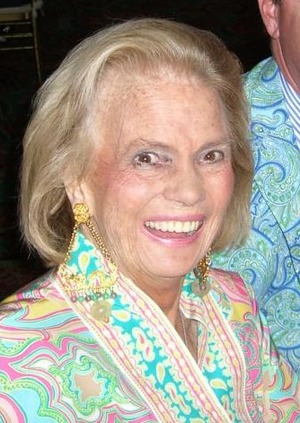 Another style icon on the list of whom we are fond, René Lacoste.

One last image from the list we simply can’t resist sharing?

Despite our doubts at the ‘cultural influence’ exerted by either Ed Westwick or his Gossip Girl character, Chuck Bass, we can’t pass up an opportunity to show one of the most hideous garments ever worn on a television show… again. That vest is truly a crime against fashion. (And honestly, the young man resembles a ferret, or another member of the rodent family.)

We highly recommend seeing the list in its entirety; if so inclined, click here. But you simply must return and tell us who’s on your list.

On a somewhat related note, we want to thank our friend Leesa for tipping us off to September’s Vanity Fair cover:

No, we are not bloviating opining about Lady Gaga again. Look more closely at The Consort’s arrow-enhanced-image. 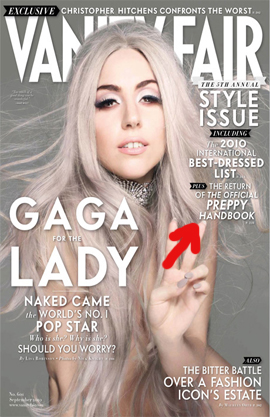 Yes, the red arrow points out the “The Return of the Official Preppy Handbook” headline.  From the magazine’s table of contents:

Our other item of note involves a sneak peek at Tiffany’s Christmas advertising campaign; the plugged-in folks at Fashionista have the story. Below, Doutzen Kroes, the model fronting the campaign, heads to the set.

Ms. Kroes is three months along with a blessed event.

She looks lovely, very much the Tiffany style. 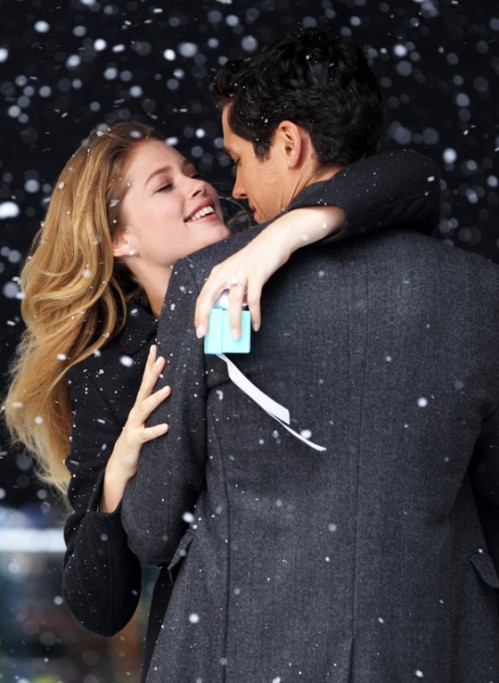 The finished product is clearly going to be classic Tiffany.