Hello-Hello, welcome to a Wednesday!

The festivities were at the Brooks mother ship on Madison, above, one of the theme windows.  The gala drew a big crowd,  as explained by Los Angeles Times writer Adam Tschorn in his blog post on the event:

“…the night’s stack of books had dwindled from 400 to just three in less than an hour, according to our madras-clad mole.”

Again, he describes the scene:

“The enthusiastic crowd took the opportunity to don its preppiest threads. As we arrived a a clutch of young girls in pink Lilly Pulitzer patterns spilled out the door, and, once amid the sea of Sperry Top-Siders, all-over embroidered trousers and navy-blue blazers made us feel like we’d fallen into our own version of “The Hot Tub Time Machine.”

For those recognizing Mr. Tschorn’s name, we have previously quoted from his stories in the Times, as well as his blog posts; he does a splendid job covering fashion and culture. It sounds like the True Prep special edition at Brooks Brothers (previously mentioned in this post) was quite the popular item. To read Mr. Tschorn’s piece in its entirety click here; it will make you smile.

The scene is likely to be similar this evening at the Vineyard Vines party in Georgetown.  That function gets underway at 6pm, showcasing not only the book and Ms. Birnbach, but also six new True Prep products.  We have previously shown the Vines tie featuring the book cover’s Golden Retriever, Henry; that pattern is also used on the new Vines True Prep tote.

Look for a fleece vest and several other co-branded items.

Back to Fashion Week runway shows, a speedy glance at a label we love, Mulberry. We rarely feature apparel, generally we’re gushing chatting about the company’s handbags; here are a few styles from WWD’s brief review. 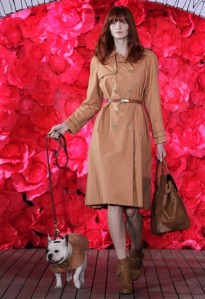 Any company willing to put a pooch in a picture or two will grab our attention; the photos are all by Pasha Antonov via WWD.

Nothing to make us gaga, but some lovely prints and stellar bags.

Showing for the first time  in New York, a Princess fave, Trina Turk.  Some pieces were simply outstanding, with vibrant prints in rich, saturated colors. 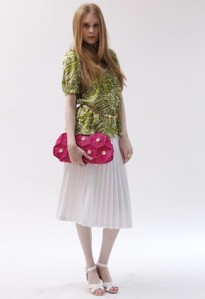 This also held true for the menswear, making us wonder if this is what a marriage of Lilly Pulitzer and Loudmouth Golf might produce…? 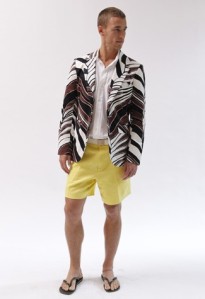 As always, Ms. Turk presents some solid basics as well as pieces for fun and sun. 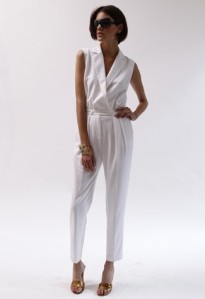 From the Women’s Wear Daily review: 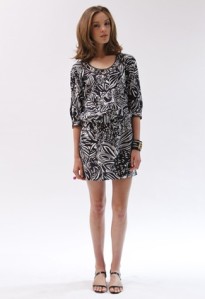 We do enjoy much of Ms. Turk’s work, especially her home furnishings and accessories line.

In keeping with our tradition of tracking those former faux-prep school students, we have a few Gossip Girl updates.  More accurately, out and about mentions. 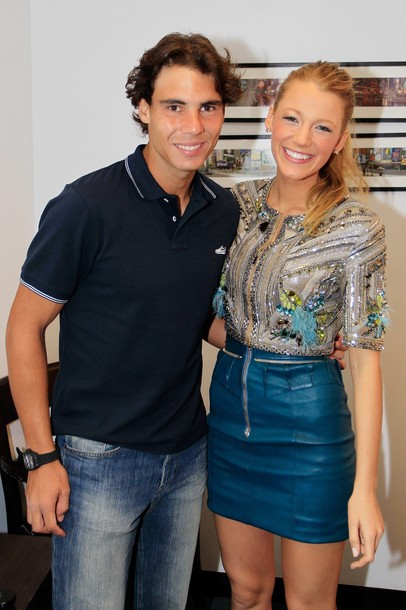 ﻿﻿Above we see US Open champ Rafa Nadal with Blake Lively backstage at the Regis and Kelly show yesterday.  The actress then headed to Boston to promote the opening of her film, “The Town”. Also at the Fenway Park showing of the film, Mad Men’s Jon Hamm. 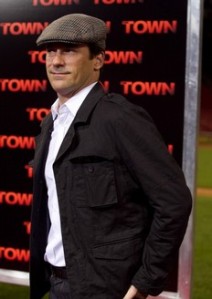 What an amazing place to see a film!

With that, it is g’bye until next time, when we look at the runway shows taking place today, Ralph Lauren and Tory Burch, among others.