Target’s Next Designer Lines? It’s All About Accessories & Fab Cosmetics

Hello, I am wrting you concerning the name cool cosmetics/ You must remove this from your we-site and product I own the name by trademark.

If you do not remove you will leave me no choice but to turn this over to our corporate attorney’s.

We made the egregious error of using the words c-ol cosmetics in our title. Sigh.

The Princess is a trifle scattered this bright and sunny Saturday. It’s possible we may have flung ourselves a little too enthusiastically into our favorite new sport, extreme gardening. We discovered this earlier in the week, and let us just say, why head to the Club when one can achieve the same (perhaps better) results right here at the Prepatorium. 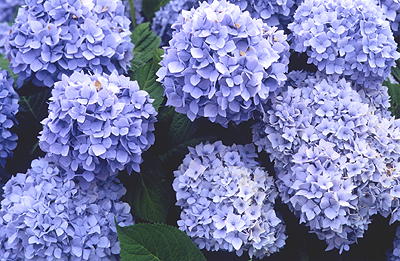 There is simply so much preppy and style news The Princess is tracking, we’re all atwitter! Would you be so good as to allow us to just ‘cut to the chase,’ as I believe the operative phrase states, and we’ll dispense with our more civilized “Hello,” and “How are you’s” if that is all right with you.

As part of their very successful and generally very cool Design for All program Target is adding three permanent cosmetic lines and they have also announced their next two temporary fashion collections!

The Boutique is planning their next special collections for the not too distant future, and accessory lovers will be celebrating, as it is going to be all about shoes and handbags! Sigerson Morrison will create Target’s 3rd limited edition shoe collection. We showcase a luscious yellow flat from the fab designing duo of Kari Sigerson and Miranda Morrison, and these just happen to be on sale at the pair’s own site. 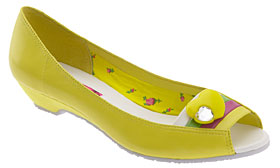 The next limited edition handbag designer will be from dynamic British designer Anya Hindmarch; below we show a Hindmarch embellished satin clutch from the Vivre site. Both lines launch October 12th.

As usual, the collections will be available at select Target stores nationwide and at Target.com, in this case through December 26. The dates have The Princess wondering if, at least on the handbag side of things, there is an expectation of holiday gift buying with this particular group, as they are selling essentially for the month of November through the day after Christmas? An expiring mind would so love to know.

While it is no surprise Target is making the big moves on the cosmetics front, we didn’t know they were signing up such big names, especially Jemma Kidd.

Aussie Napoleon Perdis is also a big get for Target, although the Princess must admit this isn’t a name with which we were familiar. Perhaps one of our favorite bloggers of a prepitatious persuasion, Nautical by Nature, who is wrapping up her Australian Excellent Adventure, can enlighten us on Mr. Perdis (seen below).

The third new cosmetics name for Target comes from Petra Strand, one of the founders of niche British cosmetics brand, Pixi. 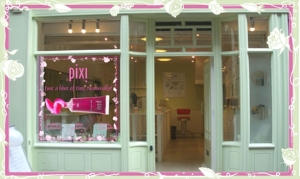 It sounds as though the retailer is going to be very smart about this, spending up to $15 million just on the first six weeks of the new products’ launch. Target is going to continue its relationship with Sonia Kashuk, the company’s first entrant into their Design for All line in cosmetics.

Arguably the biggest thing Target is doing in the cosmetics department is this: they will have testers for these new lines that will play a big role in getting customers introduced to the new products! (If you’re one of our gentlemen readers or unfamiliar with the earth-shaking nature of this announcement, let it simply be said that for years Target has been strongly criticized by customers and industry insiders for their refusal to use testers, a backbone of department store cosmetic departments.)