The Stars come out for Tennis, Nastia, Maria & Dara do Fashion Week

How about that tennis yesterday?!

Unusual as it was to have a Monday Men’s final at the US Open, things at Flushing Meadows were up and running smoothly well before yesterday’s 5pm match between defending champion Roger Federer and challenger Andy Murray. Crooner Harrick Connick Jr. helped get things underway by singing the national anthem, and onlookers included everyone from actress Natalie Portman….

…to Ralph and Ricki Lauren, who are seated behind singer Tony Bennett…. 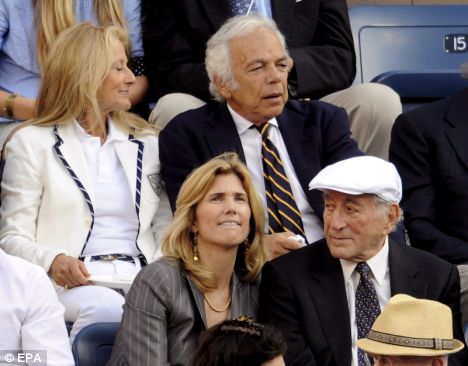 A rather fierce-looking Oscar de la Renta (during Fashion Week no less!) as well as Tom Brokaw & Star Jones. 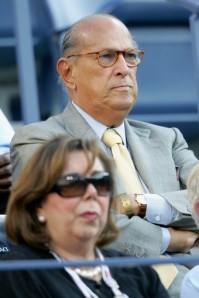 As well as Melania and Donald Trump. It would appear the Donald would like young Baron Trump to observe the basic rules of good conduct whilst watching the match… or something. Perhaps a bit much to ask of someone that age, hmmm?

Honestly. Then we have actress Anne Hathaway and Ms. Jones again…. 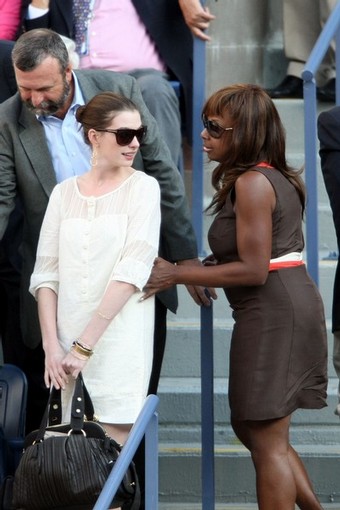 Along with Tobey Maguire, Jennifer Meyer, Marisol Thomas, and Rob Thomas (above), and Regis Philbin with his wife Joy, seen below. 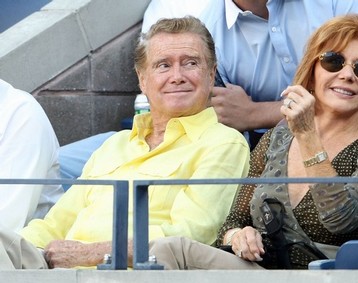 Once again Mr. Federer prevailed. In rather short order we might add. 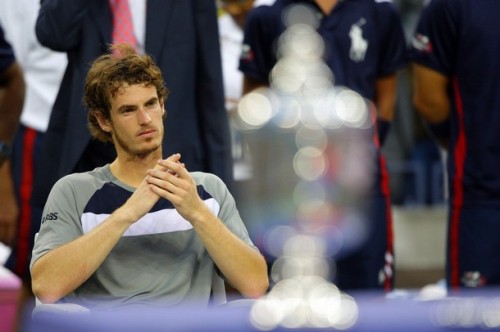 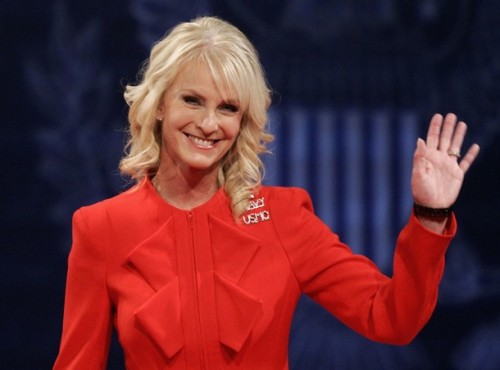 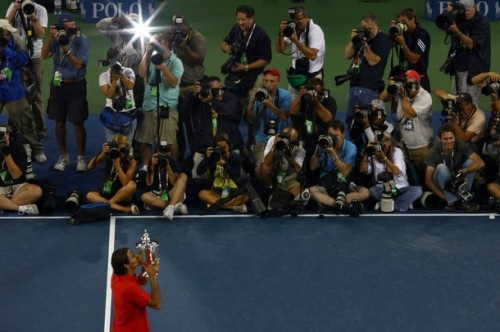 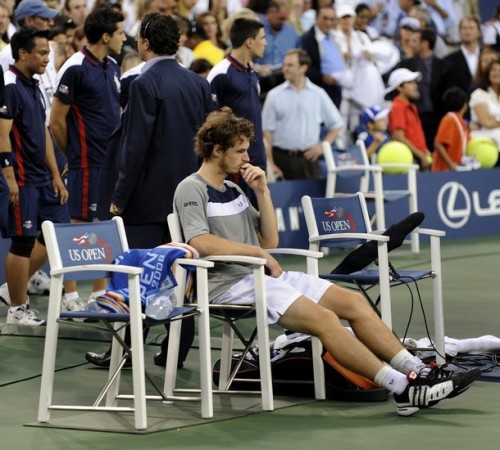 We don’t believe we have ever (neverever) seen Mr. Federer look happier. 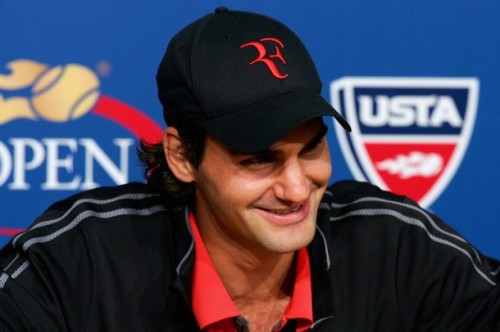 Just plain out pleased, able to enjoy the moment.

And then it is time to make the rounds. 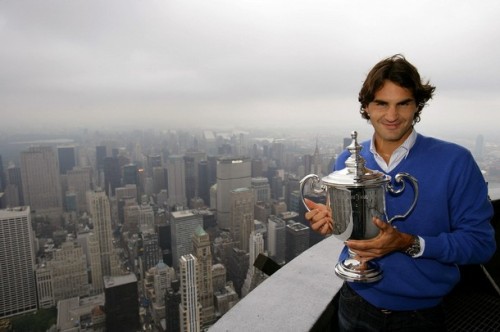 More than one online publication or commentator used the word ‘preppy’ in referring to Mr. Federer today, and we would concur, his look certainly supports that descriptor, and not for the first time. BTW, for any fans wanting a red hat very similar to the one he wears, they are still available at his online shop, with a few other items, tee-shirts, calendars and the like.

We move on to other stars on another stage altogether now, and of course we’re talking about Fashion Week, Day Six.

Remember the post when we mentioned that ace Maria Sharapova had invited Olympic gymnast Nastia Liukin to the Peter Som show? Well, here they are last night, in front row seats, as promised. You see actresses Kate Mara and Elizabeth Banks on their left, and all are quite intent upon seeing the show. How tiny does young Nastia look in comparison to the others?!

It seemed utterly appropriate for Ms. Liukin to be in a gold dress; she looked radiant.

Nastia wasn’t the only Olympian at the shows. In fact Olympic swimmer Dara Torres actually walked for designer Charles Nolan. The 41-year-old Olympic swimmer modeled two different looks, the first a vintage-inspired swimsuit and the second a black wrap dress. 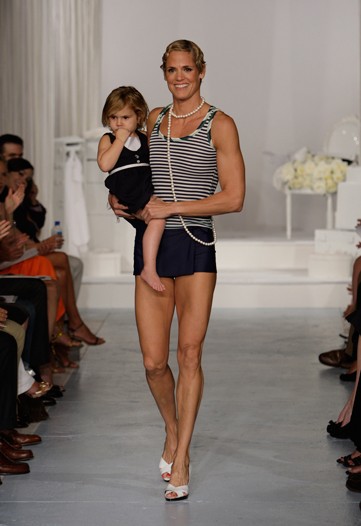 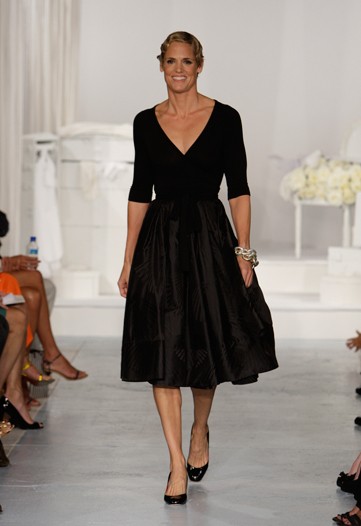 The four-time Olympian carried her daughter Tessa for her first turn around the room during the show at the designer’s studio in Chelsea. What an outstanding idea, and not the first time non-professional models have been used by the designer. As a blog post from the style writer for the Cleveland Plain Dealer put it:

“Nolan’s show is always enjoyable, thanks in part to his commitment to the inclusion of “real” people along with models on the runway. This season’s batch included a holistic healer, a grandmother, a ferry boat captain, and oh yeah, a 12-time Olympic medalist.”

We do love many of Nolan’s styles, but it’s possible we love his sketches even more: