A Shocker: The Face “Too Famous” for Burberry & Who is Hiring Gwyneth Now? 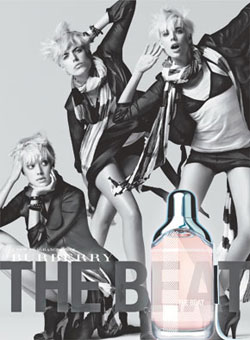 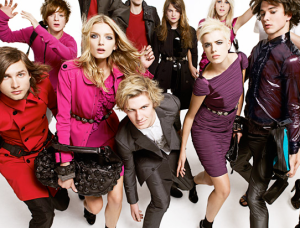 This seems very odd: it was only last evening I was mentioning to TSU (The Spousal Unit) that I could not imagine Burberry continuing indefinitely with uber-face Agyness Deyn, she was simply everywhere. You just can’t have that without accompanying dilution of the brand. You may recognize the suddenly-supermodel, not only pushing Burberry’s Beat perfume (above on left), but also prominently showcased in the majority of their campaigns (also seen above, big group shot) both print and video. Scads of articles both on and offline quote sources within the company as saying that photographer Mario Testino was most displeased with Ms. Deyn’s high profile. The UK’s Metro reported Aggy’s sudden drop from Mr. Testino’s most-favored-model list on Sunday; US publications were quick to pick up on the news. 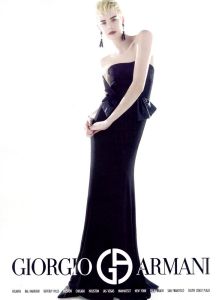 Not only was she Burberry’s primary face, she was also Armani’s, as seen in the black and white ads above, including the campaign for the Armani phone. I beg your pardon? You missed the news that there was an Armani phone? Oh dear. Because TP is really all about you – and because we realize how *very* important the right telephone can be, here is a link to said phone. (How sick am I?) In addition to Burberry, Ms. Deyn was or is the ‘It’ girl for Reebok, Hugo Boss, and for Dior’s New Look collection by Giles Deacon. In all fairness to Ms. Deyn it must be noted that Mr. Testino is a brilliant photographer, he is also well-known within the industry for his ego. Very well-known. 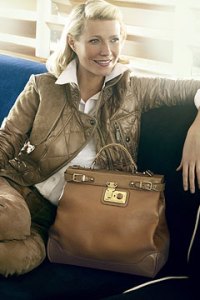 Lest anyone think we were unfairly picking on Gwyneth Paltrow in the post about her hideous shoes, here’s a tidbit about the born-and-bred prep: she is the new face for Tod’s, the upscale ltalian leather goods company. The announcement was made in Cannes; Ms. Paltrow is there for the Annual Film Fest where she has a film making its debut. (Actually, who isn’t in Cannes this week, except perhaps yours truly?) The film is four minutes in length and it premiered yesterday. The movie is about Tod’s. The entire film. All. 4. minutes. On its home page the Festival de Cannes describes itself as “the most important film event in the world.” You won’t get any argument from The Princess on that. Not a word.

Now getting back to the print campaign featuring Ms. Paltrow, who do you think shot that? Mario Testino.

(The Princess is unsure who shoots the Estee Lauder Pleasures ads, seen below.)