That Special Lilly US Open Print & Of Tennis & Logophobia

Hello-Hello, happy middle of a June week to you!

We have just a few tidbits to share today, beginning with a look at the new limited edition print Lilly Pulitzer has created for the USGA (US Golf Association). 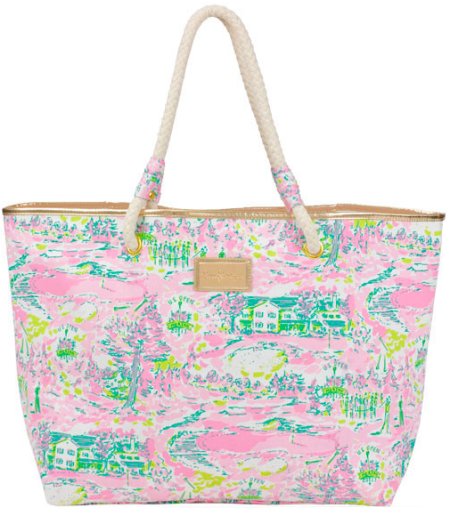 This year’s US Open is being played on the east course at Merion GC in Ardmore, Pennsylvania. 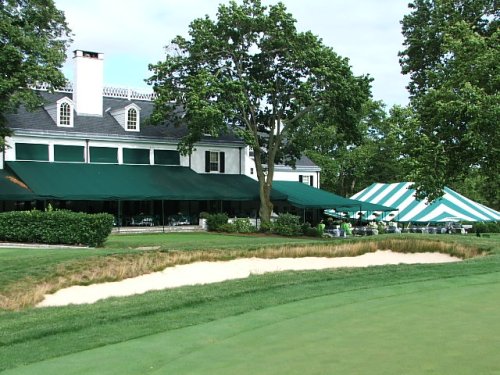 This is the sixth time the Open has been held at Merion, the Club is located on Philadelphia’s Main Line.  The course has a proud history, in 1916 Bobby Jones made his amateur debut at Merion when he was 14 years old. 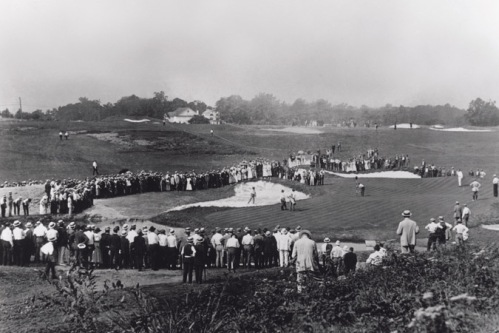 Here we see Jack Nicklaus, he helped lead the USA to the 1960 World Amateur Team Championship. 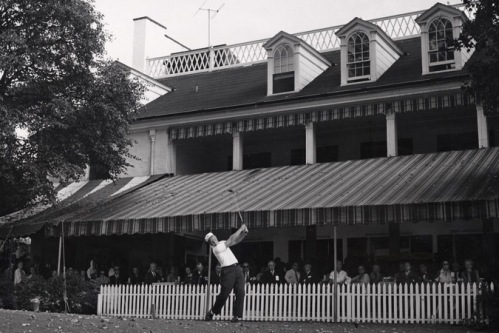 Over the years it wasn’t always entirely serious during Championship matches at the course, here is Lee Trevino in 1971 during a practice round for the Open. The golfing great brought out a rubber snake he pretended to attack.

Now, yours truly couldn’t locate the wicker baskets to save her life, so we weren’t able to isolate that part of the image.  All three items are $78 for non-members, $75 for USGA members.

On a side note, Racked also has a story with “8 Tips for Shopping the Lilly Pulitzer Warehouse Sale“.

The sale gets underway tomorrow at the Greater Philadelphia Expo Center.

Savvy shoppers will note that Lilly is only doing one warehouse sale this year. My guess is that it’s far more cost-effective to continue disposing of discounted merchandise via flash sale site RueLaLa, as well as the brand hosting its own online sales.

Our other morsel involves a recent story in the Wall Street Journal about tennis fashion, it seems timely with the French Open underway. Titled “After Lacoste,” the article looks at clothing originally designed for wear while on the court and its integration into everyday wardrobes, as well as how on-court fashions have changed.

It was Frenchman René Lacoste —one of the top players of the 1920s, nicknamed the Crocodile—who reinvented traditional tennis whites when he started wearing open-necked, short-sleeved cotton shirts on court. His trademark polo shirt, bearing Lacoste’s crocodile logo, is still the basis for modern men’s tennis wear—and a must-have among the young French BCBG set.

Below we see Victoria Azarenka, she has played her way into the final four at Roland Garros this weekend. 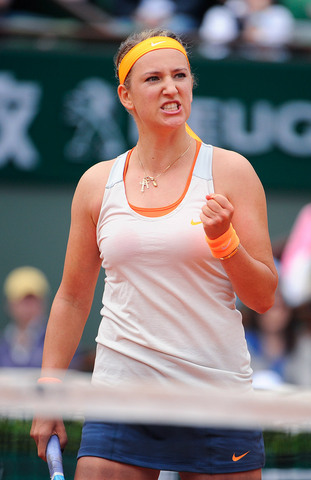 Back to Tina Gaudoin’s Journal story:

But today, a sport that once prided itself on conservative turnout and color blocking has become an excuse for an on-court fashion extravaganza—a logo fest that could give Coke and Pepsi a run for their money.

I blame Björn Borg for polluting the tennis-wear gene pool. If only the player many believe still to be the greatest of all time had been possessed of a dress sense to match his peerless tennis, then we might not be in the garish, vulgar sartorial straits we find ourselves in today. 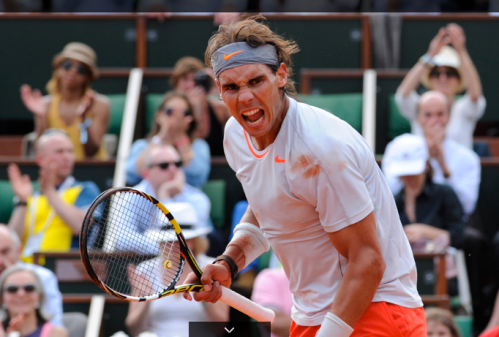 The piece goes on to examine different players and their styles, along with some of the pieces created for them by sponsors like Nike, Adidas and Sergio Tacchini. It is an interesting treatise, concluding with some tips for those of us mere mortals on the court.

When in doubt, regular mortals should keep it simple by wearing loose-fitting, but not baggy, shorts and polos (collars, please), and as close to white as possible—though flashes of color are permissible on shirts, shorts or socks.

Unless you are a county player or above, no Nadal-type kerchiefs. No baseball caps unless your name is Andy Murray and absolutely no black socks. Ever. The only reason for wearing sweatbands is if the temperature rises above 20 degrees Celsius.

The entire story may be read here.