Goodbye To An Iconic Preppy Brand

Welcome to a Thursday. We feel as though we should have Queen’s “Another One Bites the Dust” playing in the background as we write, for today’s post brings news about the death of another storied brand, Priscilla of Boston. Here is what visitors to the website will see today: 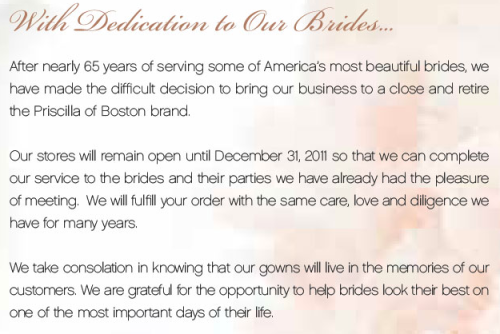 When Women’s Wear Daily broke the news yesterday afternoon some might have expected the internet to explode with Facebook posts and Twitter updates. That was not the case, probably an indicator of the company’s lack of relevance to many of today’s modern brides. To be sure, not everyone is on Twitter and/or Facebook, but a very high percentage of young ladies Priscilla needed to attract as customers do use those online networks.

For those unfamiliar with the brand, it truly was the first, and in some cases only call one made after one’s engagement was announced.  Pure and simple, one went to Priscilla for a gown. Beginning and end of discussion. When yours truly set out with TQM on our hunt for the perfect gown Priscilla was our first stop. (Sadly, we did not have a positive experience, our gown came from Montaldo’s, another firm no longer in existence.)

Many notable names wore Priscilla gowns, among them several Presidential daughters. Below we see Luci Baines Johnson on her wedding day in August of 1966. 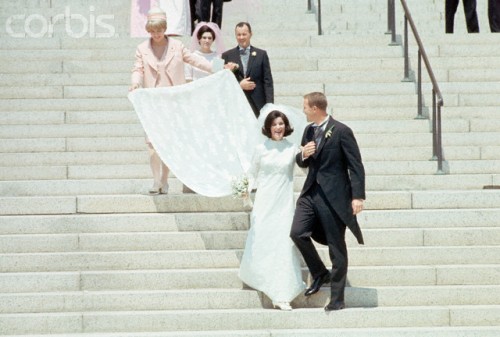 The design featured a nine foot Watteau train, so named because it falls from the shoulders, not the waist. Here is a better look at the dress. 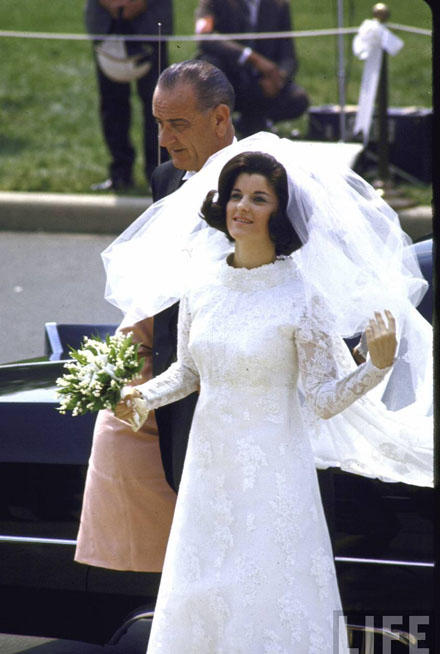 On a side note, we can’t resist sharing this photo of the Ms. Johnson’s bridesmaids, talk about some pink! 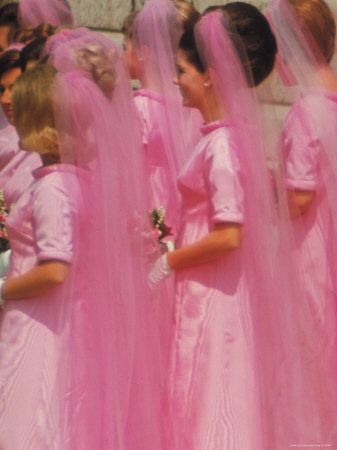 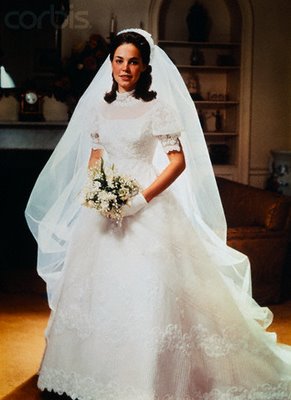 And Tricia Nixon selected a dress from Priscilla for her 1971 wedding to Ed Cox, the designer was John Burbridge, the company’s senior designer at the time. The fact the gown was sleeveless was *quite* the topic of conversation at the time, many considered the style much too informal for a wedding at the White House. 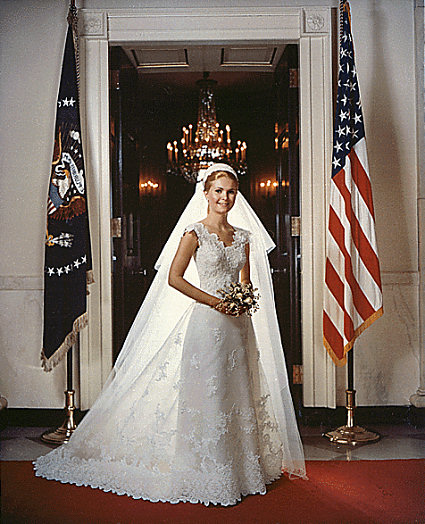 The company was founded in the 1940’s by Priscilla Kidder, below she is shown with a hand-embroidered ribbon that was actually sewn into Tricia Nixon’s hem, it says “Gown by Priscilla of Boston for the White House Wedding of Tricia Nixon to Edward Finch Cox” . 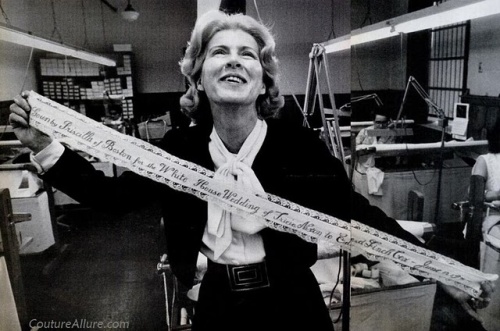 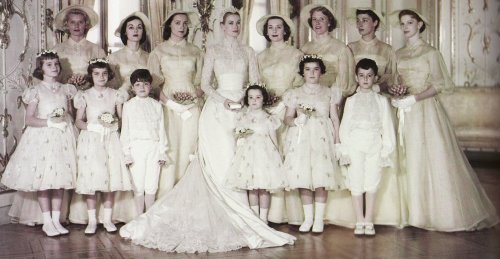 One didn’t see too many sequins on gowns from Priscilla “back in the day,” but there was an abundance of hand-embroidery and exquisite lace. Sophisticated elegance was Priscilla’s hallmark, the company very much catered to an upper-crust clientele.  Here is a vintage Priscilla gown. 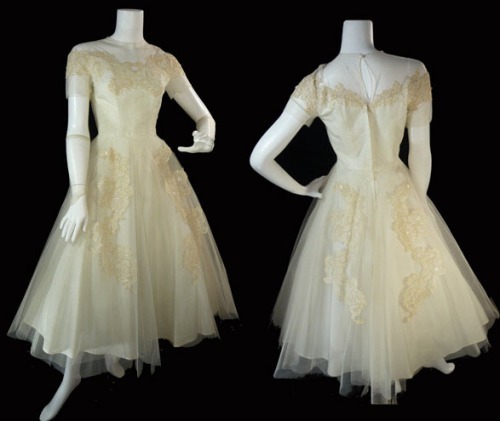 A look at the details. 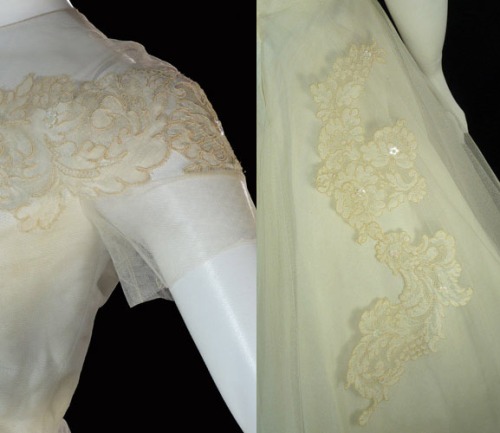 Ms. Kidder sold the business in 1993, it has had multiple owners since then, most recently David’s Bridal.

Below, some more recent Priscilla dresses. 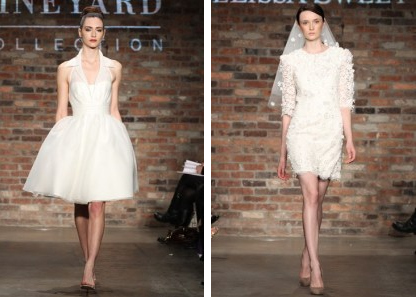 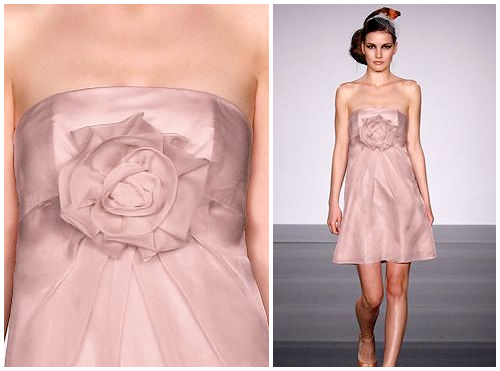 Another contemporary wedding gown, this one from 2008. 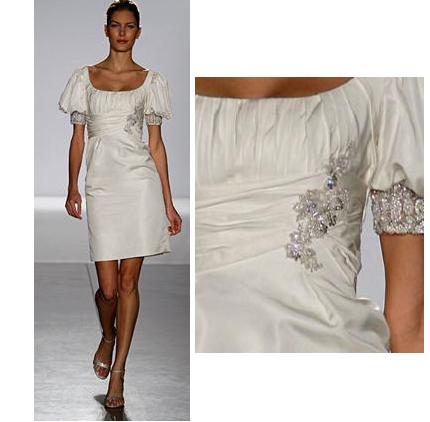 Recently Priscilla tried marketing more aggressively, with promotions like an online contest (shown below) and a Facebook page. 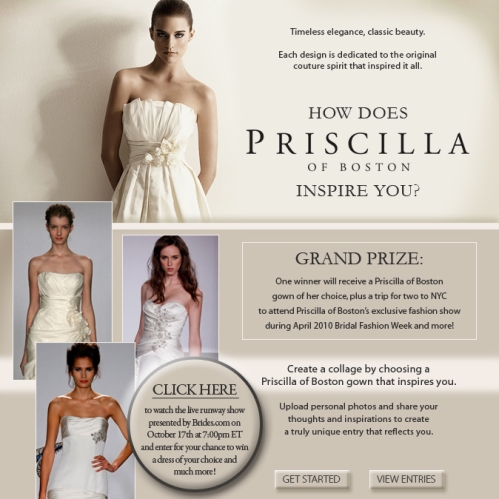 Via Priscilla of Boston 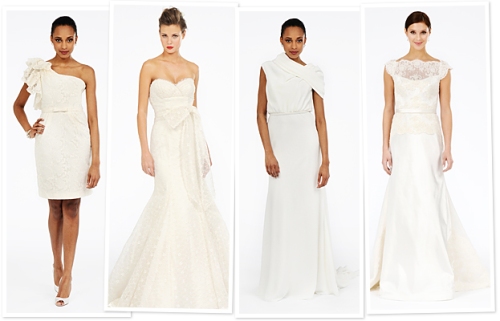 So what brought about the end? That is a good question, we can only presume it was declining business in an industry that continues to consolidate into bigger conglomerates.

Sniff. Does anyone have a tissue?