Hello-Hello, and welcome to a Tuesday here at the Prepatorium.

We have multiple tidbits to share today, most are of the headline only variety, with apologies, we are pressed for time.

1) It isn’t only the summer solstice, today also brings something of a holiday for many: 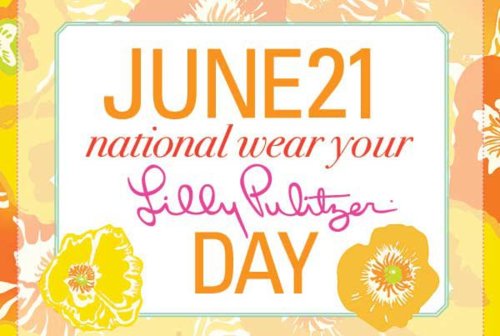 It’s National Wear Your Lilly Day, and regardless of the weather, Lilly Lovers everywhere were sporting the vibrant hues and prints.  Below, the understated elegance our pal Lisagh was going to be wearing. 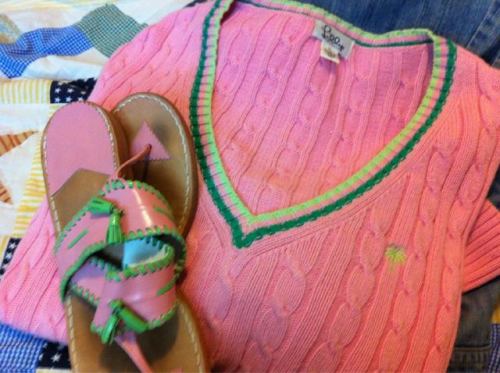 Here’s a peek at all of the fun back at the Pink Palace (Lilly Pulitzer headquarters). 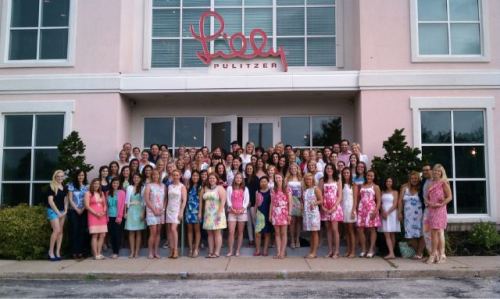 2) This Saturday we enjoyed a story in the Journal looking at the increase in children’s clothing collections from luxury brands.  From Sameer Reddy’s story:

“With the launch of several children’s lines from mega fashion brands like Fendi, Lanvin and Gucci, however, parental projection is going to a new level, with mini-me’s dressed to impress rather than for recess.”

The piece is accompanied by a number of photos with fashion montages styled many ways, including “Preppy Baby” (L) and “Hippie Baby” (R). 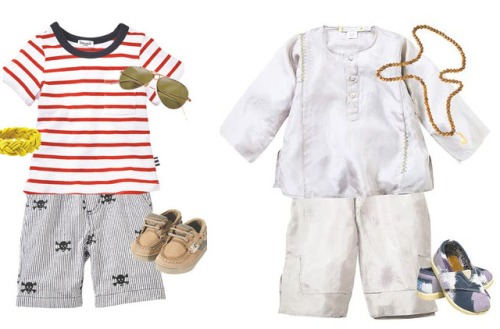 It makes for an interesting read, one we happily recommend; click here for the entire story.

3) It’s Men’s Fashion Week and there are reports Gossip Guy Chace Crawford walked the runway for Versace at yesterday’s show in Milan. As best we can tell he did *not* actually model for Versace but he did attend the show. 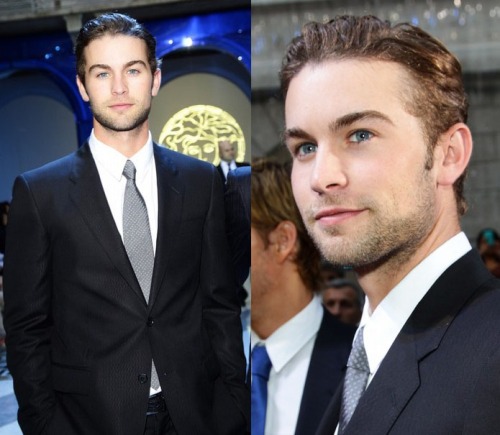 4) Another Gossip Girl star, Penn Badgley, has been chosen for the lead in one of the upcoming films about musician Jeff Buckley, prompting rumors he may need to leave the show to accommodate the production schedule for the movie. (Gasp.)

5) Theminute-by-minute (almost) schedule for the Canadian portion of the upcoming Royal Tour in Canada is now available, click here to see the details.

What sounds like a must-see exhibit for anyone who is going to be in southern California is now open, “LBD (Little Black Dress) An Homage to Breakfast at Tiffany’s” can be seen at the FIDM Museum. 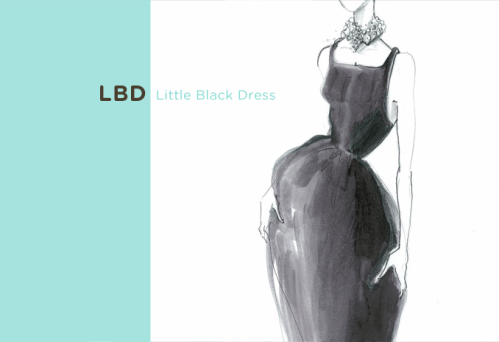 The Fashion Institute of Design and Merchandising show isn’t huge, but looks at a subject matter near and dear to our heart, who doesn’t appreciate the beauty of a LBD ? Here is more from All the Rage: 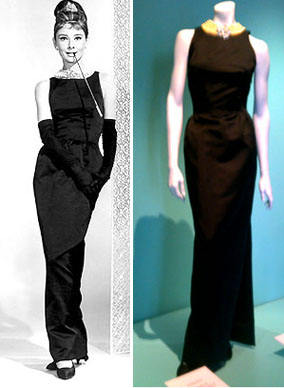 We hadn’t realized there were actually 4 of the Givenchy dresses made for Audrey Hepburn. The exhibit runs through August 13, and best of all, it is free.  For more you can also visit the FIDM Museum’s Shop page on Facebook. 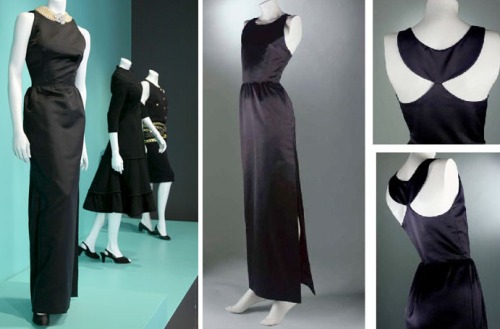 There is also more about the exhibit at the FIDM blog, it looks like a delightful way to spend one’s lunch hour!

On those lovely images we say goodbye until next time, may your day be as bright and filled with fun as the Lilly everyone is wearing.

Hello-Hello, greetings for another week!

We have several Sales and Savings to report today; some may be repetitious but we thought they bore a second run, beginning with Brooks Brothers. 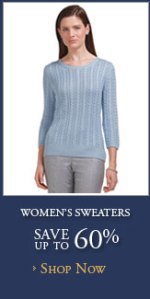 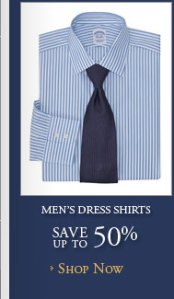 Brooks has taken significant markdowns on many items, including several pieces that definitely qualify as Adventures in Argyle. 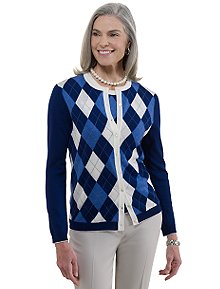 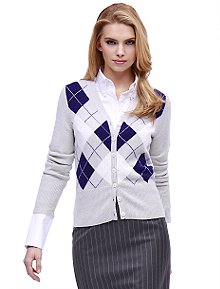 The Country Club Mini-Argyle crew sock is now $16 (originally $40) and the Cotton Argyle Anklet now $6 ($15); both are offered in a variety of colorways. 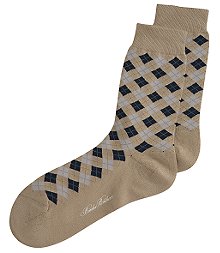 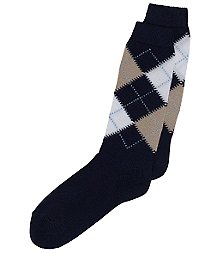 As The Consort has been heard to say: “You can’t go wrong with a good pair of socks from Brooks Brothers.”

Not on sale at Brooks, but definitely worthy of a mention, the St. Jude Collection, including the Brooksie ™ Bear. 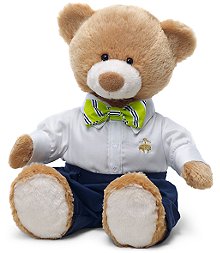 The retailer is donating $5 from the sale of each bear to St. Jude Children’s Research Hospital. There are several other items in this collection at Brooks Brothers, all with a portion of sales going to the hospital and research center.

Over at Bergdorf, their semi-annual sale is underway. 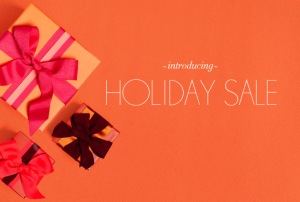 One item of note: Crew is also offering 20% off all orders of $150 or more; use promo code INSIDER at checkout. This is online only and ends Wednesday night (the 18th) at midnight.

Nautica has a solid selection of discounted merchandise in their online Sale section.  We simply adore the Girls Anchor Print Skirt is now $14.99, originally it sold at $30. We also like the Girls Signal Flag polo. 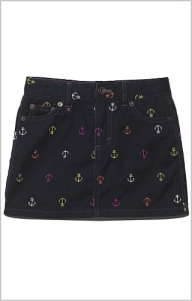 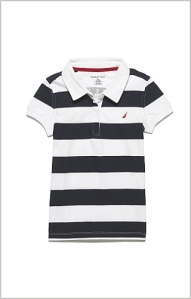 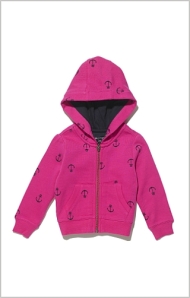 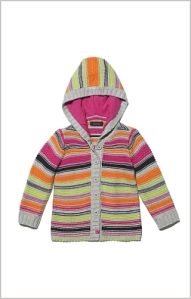 The item that really sent us over the moon? The Infant Plaid Trim Onesie. 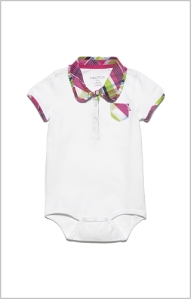 If that doesn’t qualify as Prepalicious we don’t know what will; it is off the charts on the Cute-o-meter. (It is also only $9.99.)

We have an update to the Jimmy Choo for H & M post from Friday: it was bedlam at most H&M stores when the collection went on sale Saturday.  In Vancouver shoppers camped outside the store. 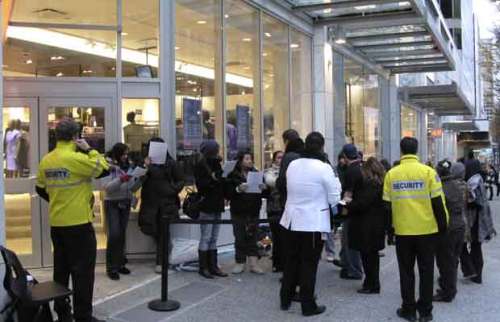 From a MarketWatch story:

“…the greater part of both Choo’s ladies’ and men’s collections sold out…. Even in Madrid, the epicenter of one of Europe’s most recession-battered economies, plenty of women and men could be seen toting glossy blue H&M bags Saturday afternoon.”

Below, Gossip Girl star Michelle Trachtenberg was among those shopping the H&M on Fifth this weekend. 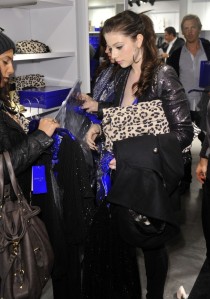 Speaking of Gossip Girl, many of Ms. Trachtenberg’s costars were seen at last night’s private screening of ‘The Private Lives of Pippa Lee‘. 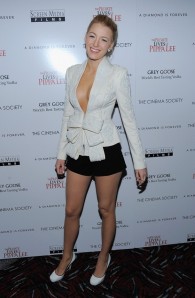 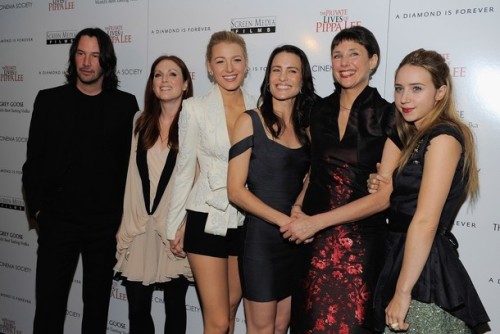 Many of the actress’s G2 costars were also in attendance, including Chace Crawford. 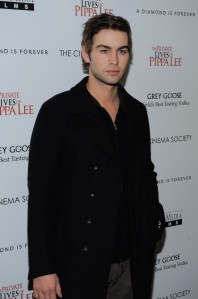 And real-life sweetheart Penn Badgley was on hand as well. 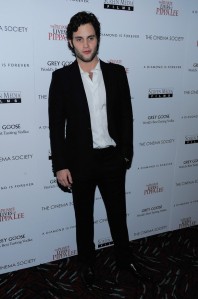 The film has a November 27 release date.