Hello-Hello, welcome to another wacky Wednesday here at the Prepatorium. How wacky? This should give you an idea. 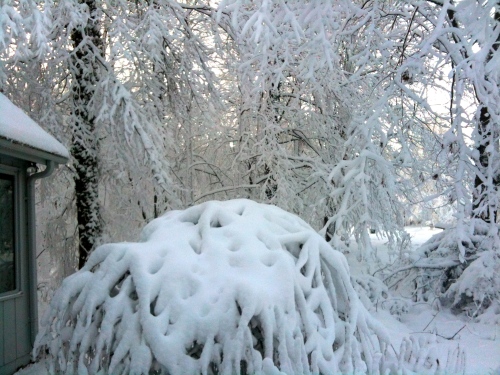 The tree in this photo is normally vertical.

Harrumph. (In reality it is very pretty, we aren’t complaining at all.)

Next on the hit parade, a brief look at last weekend’s Bal des Debutantes at the Crillon.

Among those officially being launched into society, Sarah Margaret Qualley, seen below with her mother, actress and model Andi MacDowell. 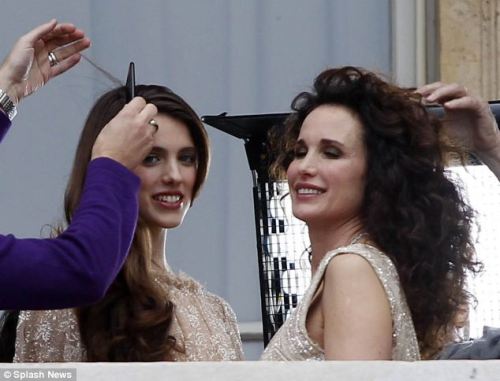 The annual gala was Saturday, held at the Crillon, as the event name suggests. Tallulah Belle Willis, the daughter of Bruce Willis and Demi Moore, is another young lady who made her debut. Below we share a twitter photo of the three Willis sisters, from left to right: Rumer, Tallulah and Scout Willis posted by Rumer Willis.

Here is a more formal reminder of the event, this is Sarah Margaret Qualley’s official portrait, she wore a gown by Elie Saab Haute Couture.

A total of 23 young ladies were part of Saturday’s presentation.

Also today, a look at what some might call “Hollywood Preppy”.

The topic is examined in a new book, Hollywood and the Ivy Look, more from this story:

In the decade between 1955 and 1965 a coterie of discerning Hollywood hipsters appropriated the incomparable Ivy League clothing of America’s East coast elite. These West Coast actors elevated the Ivy look to the height of cool and defined a quintessentially American male dress code for a new generation of movie audiences.

The new book looks like it would be a wonderful read, certainly ideal on the coffee table, great for kicking off cocktail party conversation.

mptvimages.com via The Sabotage Times

We know someone who might think the photo of Paul Newman is well worth the purchase price for the entire book. More on the new tome from its publishers, Reel Art Press.

From the button-down hip of Steve McQueen, Paul Newman and Anthony Perkins to the preppy sensibilities of Woody Allen and Dustin Hoffman; the understated but carefully selected components of the Ivy look didn’t shout ‘look at me’ but instead gave off an image of approachable correctness and laid back confidence.

Much as I adore Sidney Poitier, I am struggling with that particular version of pink and green.

The book is available in the US via Amazon.

One quick Sales & Saving Opportunity to share, tomorrow flash sale site Gilt.com is featuring Kate Spade throughout the site, here is more from a news release about the event:

The sale begins at noon tomorrow (Thursday), it runs through midnight, Monday, Dec. 5th.  For anyone not yet a Gilt member, we have been asked to suggest this link for you to sign up.

Our Christmas idea for today is from Smathers & Branson.

Needlepoint ornaments are cute as can be, and if you aren’t into making them yourself, the good folks at Smathers & Branson offer a nice selection for your tree, door handle, whatnot.  (My fave is the sailboat.)