Hello again. It’s the Princess Consort here for your dancing and dining pleasure. I had so much fun the last time we were together that my lovely bride, whom you know as The Preppy Princess, has agreed to step aside for a day. We’ll take advantage of the opportunity to share some gift ideas for that hard-to-buy-for man in your life. Then get ready to see what happens when an unlimited budget hits the high seas.

Let’s begin at the cinema. Unless you’ve been busy elsewhere you might have heard that the long-awaited film “The Dark Knight” opened to astounding box office numbers. Something along the lines of $68 million on opening day. That, my friends, is a good day at the office. Our purpose today is not to talk about the box office, stars or the film itself. No, I’m a male. I love gadgets. It’s hardwired into the male DNA code. One of the best gadgets of all is the Bat-Pod. In the film the two-wheeled beast is what Batman must ride after the Batmobile is destroyed.

Now we all know the Batman character is fictional. The gadgets are make-believe, right? Not exactly. Meet the Chrysler Tomahawk.

Do you see the similarity? Now why anyone in their right mind would pay $550,000 for a motorcycle that has an estimated top speed of 300+ mph is beyond me. This concept vehicle is not road-legal but a handful have been sold as “rolling sculptures” by Nieman-Marcus. The brute force captured in this monster is enough to make children cry, women faint and men run to get a second on the house so they can buy one. Full disclosure: I’ve ridden motorcycles for years. I would be challenged to ride this. But, oh, the temptation.

On a more realistic note we move to the one preppy accessory every gentleman should have. The trusted Swiss Army knife.

I love the way our good friends at Victorinox have updated the venerable pocketknife to include a 512mb or 1G flash drive. The price point at Amazon is exceptional. You are able to buy both the 512mb and 1G versions for just over $100 for the pair. If you’re looking for birthday gifts or getting a jump on the holidays you would be well advised to consider these very handy devices. When I was much younger my Grandfather told me that a gentleman always carries a pocketknife. He was absolutely correct.

Finally, avant-grade designers have always suffered the slings and arrows of the critics. Now they must also keep an eye out for torpedoes. 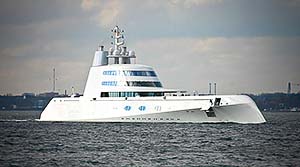 According to our good friends at the Wall Street Journal, one of the world’s biggest yachts has been launched to less than positive reviews. The 390-foot ship looks like a knife with a high-rise on top of it. Not a very traditional look for a seagoing vessel. But when Philippe Starck designs a ship for you, well, you take your chances. The 36-year old Russian billionaire owner is reportedly pleased with the final product. Who would have guessed there would have been a problem? After all, Starck does great kitchen appliances. Seems like a good fit to me.

But that’s just me.

Thanks for your time. Please remember to tip your waitperson – they’re working hard for you tonight. The Princess will be back tomorrow. Now, please, enjoy Sam the Sham and the Pharaohs. Good night.

Before we get to the ‘Preppy vs. Pirate’ debate, a couple of ‘breaking sale updates’ for everyone. J. Crew is doing the oh-so-wonderful “take an additional 25” off both online and at the brick and mortar stores as well.

Not far behind are the bright minds at Polo Ralph Lauren with a little invite to stop by their Sale with “Savings up to 60%” now. How can you resist when it’s something like these Polo Ralph Lauren Madras Shorts for Boys 2-7?

Or this Tory Burch Chain Print Sleeveless dress at Neiman Marcus where amazingly, it is also ‘Take an additional 25% off’ most sale merchandise.

Or the goodies at the twice a year Hanna Andersson sale! 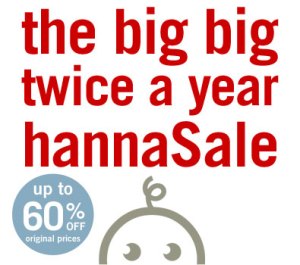 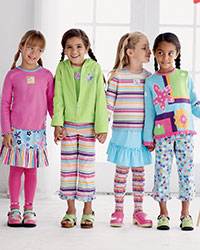 Moving on now, as many are no doubt aware, one of the biggest tennis tourneys of the year kicked off yesterday. If you’re not sure which one, think about about the most storied stop on the Grand Slam tour. Here’s a visual aid… 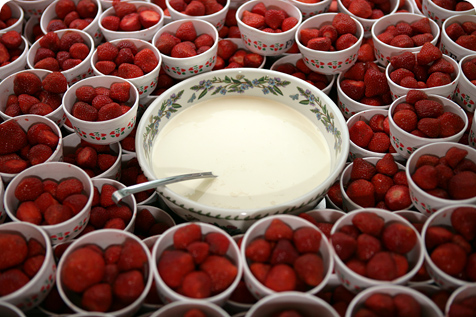 Still pondering…? It’s time for tennis at Wimbledon across the pond in the UK! You know, the one with all the Ralph Lauren uniforms?

And today’s little post involves the contrast in styles between über Swiss star Roger Federer and superstar Spaniard Rafael Nadal. We must confess that in all our travels, there is nothing quite so fun as being in the UK and loading up on the British tabs (tabloid newspapers), then settling in to read up on current events. And other things. You absolutely have to love their creativity in covering the same story year in and year out; some of this year’s recent headlines include: “Style Wars on Centre Court” and “Preppy vs Pirate” to name a few. Just to give you an idea:

Now that’s what we like to see! Let’s make that news interesting! (The journalist in us forces us to say we use the word ‘news’ in the broadest of ways here.) Many of you may be familiar with the verbiage oft used in coverage of these two talented players; Mr. Nadal is frequently referred to as the “swashbuckling Spaniard” while the descriptor ‘preppy’ is mentioned in association with Mr. Federer. And it would seem the two live up to those appellations. The single most popular photo as of this writing on the official Wimbledon website is Roger Federer in the cashmere cardigan seen below as he walked onto the court yesterday for his first round match.

Below, Mr. Nadal’s style as he entered the venue for his first round match today:

Both men won their opening matches, moving on to the second round. If you are wondering about the so-called pirate shorts, the Nike marketing minds deserve credit for creating them, a brilliant step in forming Mr. Nadal’s image. As far as Mr. Federer’s image and style goes, they are now as carefully cultivated as a hybrid Hydrangea. And you might be surprised at the fashionable mind who was instrumental in drastically changing forming them: Vogue Editrix Anna Wintour! And (this is the real shocker in our most humble opinion), as part of the makeover, Ms. Wintour not only took the time to watch Mr. Federer’s matches at the US Open in the middle of Fashion Week, she actually looked… happy.

Le Dour Wintour looking huh-huh-happy? Happy? We need to locate one of the fainting couches here at the Prepatorium and attempt to wrap our minds around that concept whilst gazing at the photographic evidence. Above, a photo of the Vogue Editor at last year’s US Open. Smiling. Keep in mind, this is the woman who actually wore Prada to The Devil Wears Prada premiere. As always, we show photos, you decide.

Now The Princess has also learned that Anna Wintour’s time and dedication to Mr. Federer have been quite the hot topic in certain circles – oh my! Not only is she suspected of nudging Men’s Vogue to throw a dinner in his honor last year, but she also procured an additional ticket when none (n-o-n-e) were available and escorted him to the Oscar de la Renta show.

Below, a few photos from a spread featuring Mr. Federer in Men’s Vogue, including a few with longtime girlfriend Mirka Vavrinec.

Now both the Roger Federer line and the Rafael Nadal items at Nike’s online store should you be interested in having some for your very own tennis matches. As if this conversation were not enough, a London paper has dubbed the BBC’s Wimbledon Commentator ‘preppy.’ The Telegraph has a delightful profile of Tim Henman, a former tennis player turned television presenter.

His shoulders, neck, face – everything – make him look more like a rangy adolescent than a 34-year-old man. With a fine, beige V-neck sweater over a white shirt and with that thick mop of dark hair, he has a very preppy look.

We’ll have the Serena Williams trenchcoat and Maria Sharapova’s tuxedo separates in our next post. Promise.