About That New Lilly Logo, and Those 12″ Heels

Hello and greetings from the Prepatorium, what a busy day it has become!

We start with a look at a logo Lilly Pulitzer fans are likely to become accustomed to:

The logo is part of the company’s ‘Lilly Loves Green’ initiative; we chatted about the campaign in this post.  WWD explains more in this story by Julie Naughton (subscription req’d.):

“As part of the initiative, each of the seasonal collections — beginning with resort 2009 and ending with fall 2010 — will focus on a different environmental theme, which ties into the bigger Lilly Loves Green picture. Resort 2009 is dubbed “Escape to the Water’s Edge” and comprises ocean-inspired designs…”

Which brings us to the Coral Me Crazy necklace seen below:

The necklace debuts tomorrow night at the Lilly Mother Ship; it is also the official launch of this year’s Resort collection.  The necklace will retail for $48, with 10% of proceeds benefiting coral conservation efforts at Sea Web.

Some readers may have received an invite to the bash:

In reality, invites aren’t required for tomorrow evening’s festivities, the event is open to the public. If you are in the city, pop in and sip on a Pink Lilly!

A few lucky readers have already had a peek at the Resort line. (Did we say Muffy?) Below left, the Cameron pant (in the Coral Me Crazy print) and on the right, the Bermuda Caravan Sewn Patch short, both from the Resort line:

Also from the Resort collection, the Olie Dress 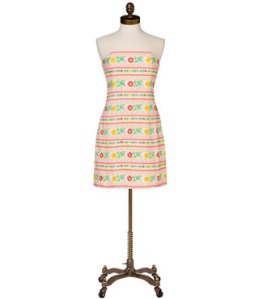 In our next item, a quick glance at the upcoming Penney’s line by Mary-Kate and Ashley Olsen, Olsenboye. (Because there are not enough celebrity clothing, accessories and perfume lines.)

The new collection is targeted to teens, coming only in Junior sizes.

The entire group launches in February, but 50 select Penney’s will have the line in-store for a limited period of time beginning November 6. 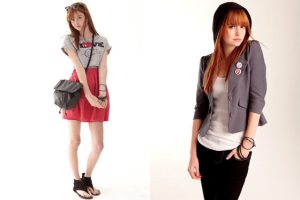 We really don’t know what a parent of teenage girls must go through with all of the limited edition and special collections constantly being created and promoted.  How does one handle a style- and peer-conscious young lady amidst such intense marketing campaigns? 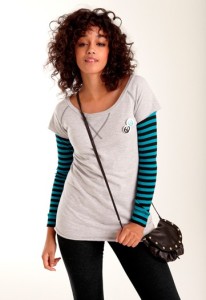 To be fair, the Olsens are better equipped than almost all the other celebrities undertaking this type of challenge. We are intrigued to see how this one plays out.

Finally, a word about what we won’t be wearing for New Year’s Eve.

The Thakoon Mirror heels are a tad garish for us. And come next Spring, it is unlikely we’ll be skipping about the Prepatorium in the Versace polka-dots:

Or any of these from Christian Siriano, coming next Spring to a Payless near you:

Despite seeing all of these, we still had to grin at this story on the Vogue UK site:

Evidently the understanding at the office was that the Alexander McQueen shoes ‘only’ had a 10-inch heel. When discussion arose about the veracity of such a claim, it was time for the tape:

As far as how they look on actual feet? 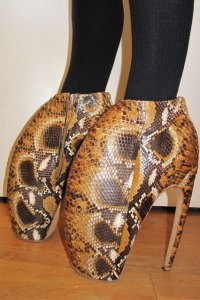 EDITOR’S NOTE: This post has been amended to correct an egregious error on our part, we originally referred to the shoes as being from Alexander Wang, when anyone with an ounce of sense knows they are the other Alexander, as in McQueen. We thank the always fabulous Wendy Brandes for her kind correction, and apologize for the error.