We begin today with a question: does it seem a tad early for the Black Friday frenzy to be underway?

We have seen several stories on the topic in the last two days, including several focusing on the Target and Wal-Mart strategies for boosting sales. From a CNN/Money story:

“Target is hoping to lure this year’s Black Friday shoppers with $3 toasters and coffeemakers, deep deals on high-definition televisions, and discounts of 50% on clothes and toys…”

Le Boutique even has a Black Friday ad sign-up page on its website; we’re not clear what one receives when signing up on that page, and much as we adore our readers we just couldn’t bring ourselves to sign up in order to learn more.

There are a number of sites with the Target ad and many others to peruse if so inclined:

Last year we shared as much information as seemed reasonable about fiscally-friendly opportunities at retail establishments with a preppish slant, Brooks Brothers, Talbots, Neiman Marcus, J.Crew, and the like. We planned to do the same this year. We just feel there is an ever-earlier encroachment, but perhaps it is selective recall on our part.

Speaking of Target, we have more photos of the Rodarte for collection, due to debut December. Below, this dress is featured on Teen Vogue’s December cover with Dakota Fanning. 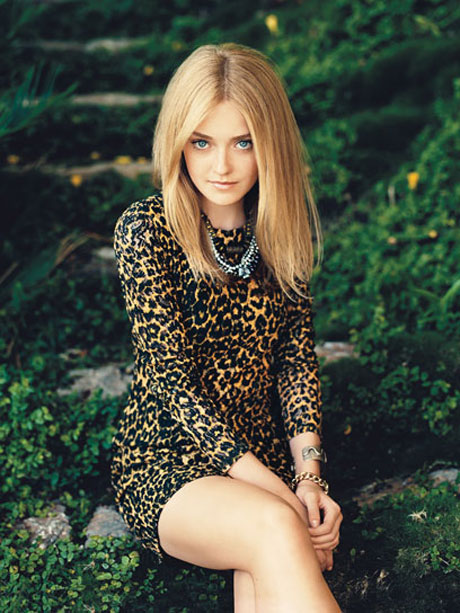 The issue also showcases this Lace Dress, it will run $45.

This next image is a scan from Marie Claire:

Another major collaborative group launches much earlier than the Rodarte line seen above; the Jimmy Choo for H&M collection will be unveiled this Saturday. 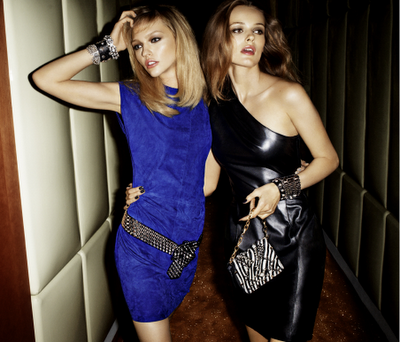 Below, actress Demi Moore sported a dress from the line in October. 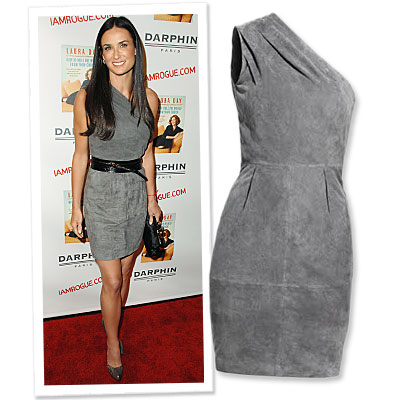 We aren’t going to devote too much space to this however, as the collection isn’t available online in the US and not everyone is near an H&M.

There are a number of interesting stories on this line and the growing trend for fashion collaborations and defusion lines, including this piece from ABC.

The collection is scheduled to launch November 17th with a special program on the shopping channel, but from the looks of things, many pieces (if not the entire line) are already available online.

The Animal Print Bag is showcased in either a Cheetah or Zebra pattern, selling at $349.90.

Price points run from $39 to $499; the collection includes clothing, jewelry and accessories. (But no housewares as in Isaac Mizrahi’s line for QVC discussed in Tuesday’s post.) The Big Bold Ring is $59 and the coordinating 5 Stone Necklace is $79, $69 for the event price. (?) 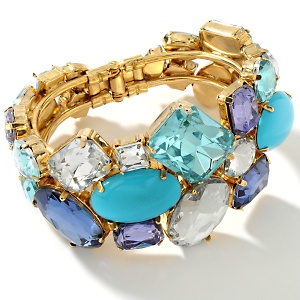 We find this all more-than-interesting to watch from the sidelines, the marketing and merchandising techniques are fascinating.

WWD’s story on the line says the launch online at HSN is November 15, but everything seems to be available now.

According to this story in today’s Times, Blake Lively hair is all the rage.

“At the Bumble and bumble in Bloomingdale’s, Michael Wilson, a stylist, said that more than half his customers ask for the “Textured and Tousled, or Curled and Swirled” styling … It is a request he attributes to Ms. Lively’s hairstyle.”

““I didn’t really realize the extent of it,” Ms. Lively said of her hair’s popularity, though she had an inkling: fashion forerunners like Vogue staffers routinely approach her at events and fixate on her hair, she said.”

Finally, news that may put smiles on the faces of some fashionistas, while creating scowls for others: one may now purchase both Chanel and Louis Vuitton handbags at CostCo.

A post at StyleList notes the discount warehouse has the Classic Chanel Flap bag at $1999 :

Of course this is in addition to the Burberry, Tod’s, Ferragamo and Coach merchandise at Costco, at least from what we read.

We’re guessing Costco is not carrying this:

This creation from Vuitton honors the Red Cross.

This story in Grazia explains more about the limited edition item:

“The box was commissioned by Patrick-Louis Vuitton, a fifth-generation descendant of the founder who says, ‘When reflecting on our collaboration with the Red Cross, it came to my mind to create a special Red Cross kit… [this is a] visually impactful and a truly unique piece.'”

The upscale leather goods firm is also donating a percentage of proceeds from certain handbag sales to the Red Cross.

For more on these efforts and loads of fab photos, click here.

With that we say good bye until next time!