Friday Fun of a Preppish Sort

In the spirit of the weekend, we are going to enjoy some Friday Fun, beginning with Apartment Therapy’s look at Colorfully Preppy Rooms.  We love the way this room reminds one of striped grosgrain ribbon.

“Think crochet games, sailboat races, argyle sweaters, and Oxford shirts. Coordinated style with a crisp, refined edge — these are rooms that would do any Bunny or Chip proud!” 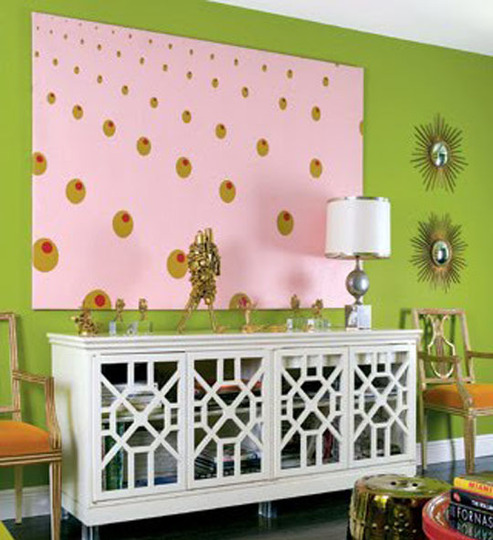 Desire to Inspire via Apartment Therapy

It is a fun read with lots to love, our favorite is the fifth room, “Reminiscent of a closet full of button-downs…”.

Apartment Therapy DC has another story we think readers will get a kick out of: The Color of Prep: Accessories in Pink, Green & Old Money.

Writer Catrin Morris delves into just why pink and green are the colors associated with preps, and the way those colors are incorporated in home decor.  A group of home accessories is also featured, including that fabulous Cape Madras pillow above. 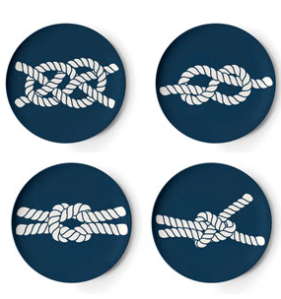 More from the story:

Also shown, Grosgrain Napkin Rings (we are lucky enough to have been given a set by a friend, they are wonderful) and some of our Lilly Pulitzer Melamine Plates.

We are more than flattered to be included in the story, and enjoy seeing a number of our virtual pals mentioned as well, Christian at Ivy Style, and Allie at Summer is a Verb.

Click here for a better look at the three designs in the running.

We turn to the Halloween weekend now, and begin with a member of the Anti-Prep contingent. We are fairly certain everyone would sleep better this evening if they only knew what ‘Snooki’ plans to wear.

As the sketch shows (?) it is a pickle-themed costume, we’re guessing perhaps there is a reason for this…Ms. Snooki likes pickles?

Moving on, if we had been anywhere near the city last weekend, we would have headed straight to Tompkins Square Park for the annual Halloween Dog Parade, where we would have seen this.

Not generally what one expects to see when combining pearls, fur and a Tiffany’s box. This next one could well be our favorite, Gracie the pug in her replica of Scarlett O’Hara’s legendary dress made from the family’s green velvet drapes.

Clearly Lady Gaga is going to be much-imitated this season. 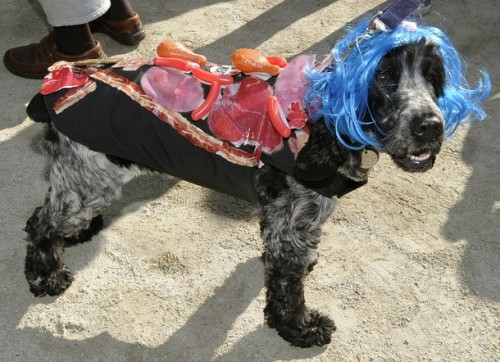 Mabel’s stab at the meat costume brings a smile, as does a Pomeranian dressed as Zorro, seen at a Philippines fundraiser. 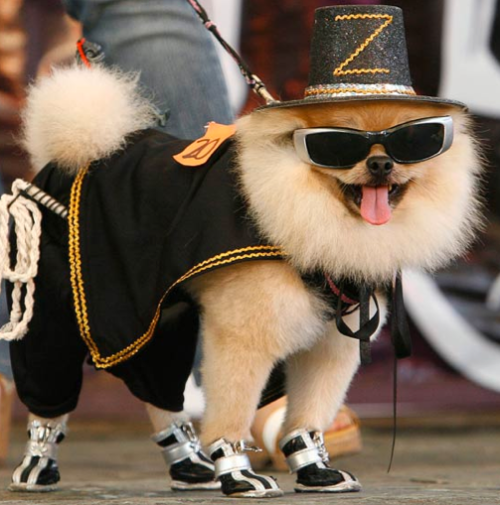 Whenever we see photos of this kind we stop and marvel at just how much our four-legged family members tolerate, and their infinite patience.  To see more pictures from the Tompkins Square Parade, click here.

With apologies for stooping to the dogs in costume level (dopey Princess), we hope everyone enjoys a happy and safe Halloween weekend!

Hello everybody, please accept our apologies for the lack of a post yesterday. We have been simply swamped filling all of the Lilly Pulitzer pre-orders we received here at the Princess! It seems TPC (The Princess Consort, aka The Spousal Unit) gave the minions the day off! All of them! (Ahem. Right.)

So it seems we shall be forced to engage in actual manual labor again today. Honestly! But someone must help pack these…

Controlled chaos, yes, that’s what we have!

We move on now to a look at Southern Proper’s new looks from their outstanding  Southern Seaside Collection.

For those unfamiliar with this fine establishment, it is well worth an investment of time to gaze at their offerings.

Not only is the merchandise refined and elegant, it is also whimsical, a rare combination to find well done, as it is at this firm. 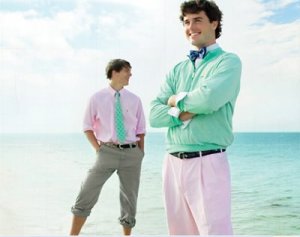 While the company specializes in ‘Haberdashery for the Gentleman,’ they do offer their Belle Bands for the ladies: 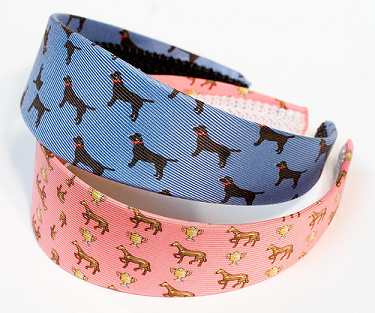 We have been planning on posting about the company for months, but receiving their Southern Seaside email finally nudged to do it and we’re glad we did; we always have fun looking at their superb merchandise.

The Brooks Brothers Black Fleece shop received a visit from one of our favorite columnists, Cintra Wilson, another of the Critical Shopper writers at the Times.

In describing the look and feel of the store Ms. Wilson takes a shot at a retailer arriving more recently to the prep aesthetic:

Ouch! The story naturally focuses on designer Thom Browne, the man responsible for the Black Fleece collection; a few looks are shown below.

Ms. Wilson approached her assignment with some excitement, eager to try on the apparel, but she was disappointed.

“I found, in most cases, that the proportions were a bit off. The necks were too tight, the skirts too tentlike, the busts flattening.”

The writer does more comparing between Mr. Browne and Mr. Lauren:

“Mr. Browne, like Mr. Lauren, nurtures a fetish for the trappings of Old School Preppy, but the Thom Browne alumnus seems to be a bit more pale, less muscular and more (ahem) eccentric. Picture a cross between Pee-wee Herman and Nurse Ratched, only more obsessive-compulsive.”

Ultimately Ms. Wilson concludes Thom Browne is a “gifted designer,” but one who needs to figure out how proportions differ between men’s and women’s clothing.

“While superb on a mannequin, Mr. Browne’s designs don’t seem to possess any sympathy for the kinetic demands of three-dimensional hips and breasts.”

BTW, there do not appear to be any Black Fleece spring collection pieces online. It may be the company is slow in getting them to the web, or perhaps they need to clear out more old inventory before showing current looks.  And a significant amount of old merchandise remains at Brooks’ online shop.  We did not see *any* pieces that were not discounted by at least 50%.

The folks at Rare Daily also review the recently-opened store:

“The interior is a masculine contrast to Browne’s shrinking suits. It’s lavish and upscale.”

However, we do have to disagree with their statement that “… (Thom) Browne is the new Black this season.”

We haven’t updated the goings-on at G2 (Gossip Girl) lately, we’ll just do a quick hit mentioning Blake Lively at the premiere of her new film, “The Private Lives of Pippa Lee.”

Ms.Lively is wearing the Silk Trompe L’oeil Wrap Gown by one of our faves, Oscar de la Renta. (It is available online.) Also seen with the actress at the opening in Berlin, Zoe Kazan (R) and Robin Wright Penn (2nd R), and director Rebecca Miller (2nd L).

Because we are just as concerned about your trust fund as you are, we thought it timely to share a few sales at retail establishments you may be fond of, like Banana Republic.  They have added to their already healthy clearance selection.

We received another email from Polo Ralph Lauren this morning, touting their markdowns as well, “Now up to 75% Off“.

And the J. Crew President’s Day sale at their Factory Stores offer “up to 50% off” in their “Goodbye Winter Clearance” as well as 20-50% off “select Spring arrivals.”  This promotion runs through 2/18.

Speaking of J. Crew, the retailer must have been thrilled to hear that Michelle Obama wears another of their pieces in the March issue of Vogue. 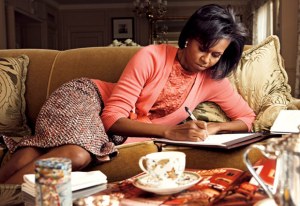 We close with a little nudge to enter our Lilly Pulitzer Stationery Giveaway, if you are so inclined and haven’t already entered!

Happy day and smiles to everyone!