Hello-Hello, happy Friday! At least I think it’s Friday, we are now smack dab in the middle of that time period when I have almost no clue what day of the week it actually is. Somehow to us it felt like Christmas was on a weekend, so we’re hopelessly lost until we get past New Year’s. Does anyone else suffer from the same confusion?

We have just a few items to share today, beginning with news of yet another style collaboration, this one between two iconic brands, Lilly Pulitzer and Estee Lauder. It is not an enormous collection of items, the partnership is limited to cosmetic bags given to qualifying customers as a GWP (Gift With Purchase). With apologies for the repetition to those who saw this on the Princess Facebook page yesterday, a look at the first item being released: 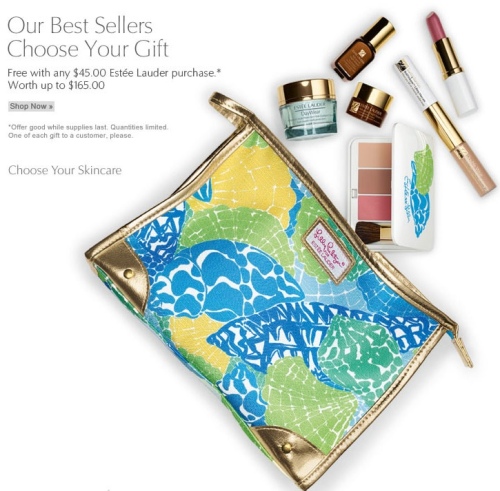 Lord and Taylor is the first store offering the GWP, customers spending $45 receive a Lilly print bag in the “Lagoon Green” pattern. One of the items is a compact decorated with the print.

The collaborative effort will showcase eight different prints, WWD’s Julie Naughton has more on the other stores in the offering other patterns.

Another of the designs, you can see the pattern is on the two bottles and a different compact. 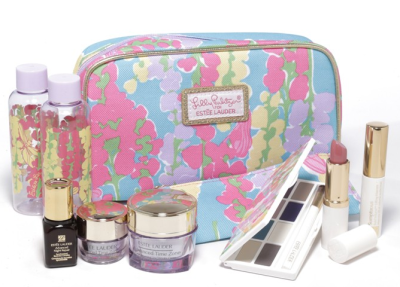 The Lilly blog shared several of the patterns.

This one makes a lot of sense, it’s a grand way to showcase both brands via limited edition items, without overwhelming the market with merchandise.

Our next topic involves a collaboration that may have done just the opposite, the Target Neiman Marcus collection, offering products from upscale designers.

The line launched December 1st to lukewarm sales. Reviews from mainstream media and bloggers were mixed. The collection was discounted to 50% off on the 20th in store and at Target.com on the 20th, Neimans waited until the 26th to move to the 50% off discount.

In chatting about this yesterday with some very savvy shoppers (I Pick Pretty, Daisy JD & Brunette Foodie)I discovered many of us shared the same sentiments: most, if not all, of the items were overpriced and there appeared to be significant quality issues.  More from this HuffPo story:

And even our own friends expressed their disappointment. After a quick trip to Target in early December, one shopper told us that the collection seemed surprisingly incomplete, with too few clothing items and too many “other” things (housewares, kids’ items). The randomness of it all is pretty hard to ignore: a Diane Von Furstenberg yoga mat is exciting, but what does it have to do with Rag & Bone shot glasses and an Oscar de la Renta dog food bowl? Not much.

I saw several reports saying that sales at Neimans were much better than at Target. That would be logical, it is much easier to get upscale shoppers to dabble in lower-priced goods than it is to get those expecting low prices at Target to spend more. Especially when a majority of the shoppers aren’t familiar with the designers who have merchandise in the collection. 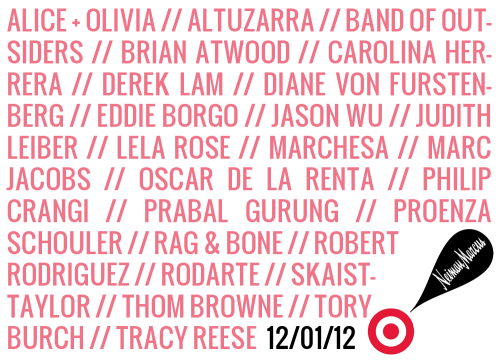 These Jason Wu ornaments exemplify what I think was a major hurdle, they were originally priced at $50. 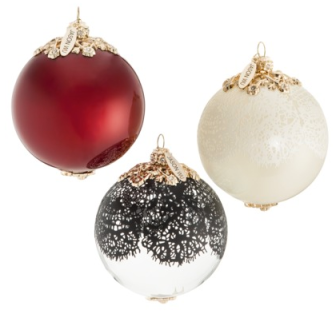 Even half-off at $24.99 it seems like a big ask for Target’s customer base. Reviews at the retailer’s site are mostly positive but many do get into the price/quality issue. A few examples:

In addition, the quality doesn’t seem in line with the pricing. We were psyched about a few specific items, including the metallic Marc Jacobs pouches and the Rag & Bone sweaters, but our pals informed us that up close, the products seemed chintzy and cheap.

It’s too bad the collection didn’t work as hoped, but it seemed like a long shot from the beginning. It will be interesting to see where the ‘hi-low’ collaborations go from here, the much-vaunted collaboration between H & M and über-chic Maison Martin Margiela is being described as a flop by many. More from Page Six:

Retailer H&M marked its collaboration with Maison Martin Margiela with a splashy, celeb-filled bash in October, with Kanye West, Julianne Moore, Sarah Jessica Parker and others in attendance. But buzz didn’t translate into sales. Insiders have said the collection has been tanking, with what’s left of it is currently on sale at most stores.

The market may simply have been saturated with the designer collaborations, it may be time for retailers to move on to another technique for creating buzz and boosting sales.

That’s it for today, may everyone enjoy a simply splendid weekend!