The insanity seems to be ebbing here at Princess InterPlanetary HQ, phew! Now we move on to one of our favorite wintertime sports: extreme baking. (The Consort will politely confirm this is no exaggeration. Simply step away from the computer and say a prayer of gratitude you aren’t a recipient of one of our cookie plates.)

But before that gets underway, a few morsels of info and lots of pictures to kick-start things before our Christmas break.  We begin with an early look at the Lilly Pulitzer for LeSportsac collection, compliments of the folks at M.I.S.S. & JuxtaPoz.

As previous posts described, the Collection pops with bright colors and the inimitable Lilly style.

Some readers may recall this line is part of the Lilly Loves Green initiative; some proceeds will go to the World Wildlife Federation.

Our favorite pattern is probably going to be the green and white Hip Hop Hooray (L), although we like the blue and coral in Purrr-fect Patch as well.

Purrr-fect Patch is slated to hit LeSportsac and Lilly stores in March, with She’s A Piston (shown below) scheduled for an April launch. This design is so fun we’re making it today’s Pretty in Pink.

This is just one of the Lilly collaborations headed our way next year, the M.A.C. in Lillyland cosmetics are also on the way, scheduled to debut January 7.  The Cut blog offers the following on this line:

“But M.A.C. added a much-needed dose of coolness to the pink-and-green paisley label; the products are bright, fun, and of course, colorful (it is M.A.C. after all).”

Not to be forgotten, the spring collection of Lilly stationery and gifts are being readied – can you say plates and market totes?! (If you aren’t on the Lilly Stationery & Gifts mailing list, just click here to sign up for the latest on new offerings and special deals from the Princess.)

Also donating funds to a good cause, Lacoste.

The company plans to give $500,000 to help preserve the Gange gharial crocodile; above, Michael Lacoste is seen holding one of these.  As this story in WWD explains, the Gange gharial is known for “…its long, slender mouth with fully visible teeth.” Perfect for this brand!

Women’s Wear Daily also reported this week that Lacoste plans to expand its shoe offerings for childrens and juniors, including infants; good news, unless perhaps one is a parent responsible for putting said footwear on those little feet.

We also have word of several more celebrity perfumes in the works. Because there are not enough on the market.

Holiday activities around the world are always fun to see, especially when they involve royalty. (The real kind.)  Below, Princess Caroline of Hanover and her daughter, Princess Alexandra, head to the annual Christmas tree lighting in Monaco.

Gifts are handed out to Monegasque children at the ceremony. The next photo features Princess Caroline of Hanover Prince Albert II, and Princess Stephanie.

We leave you a look at Montauk Light, also dressed to celebrate the season.

We hope everyone stays warm and safe, wreathed in smiles. (Silly Princess.)

EDITOR’S NOTE: In case you miss it, Kim at M.I.S.S. was good enough to leave a comment indicating Hip Hop Hooray  is not being produced. So much for our favorite pattern! And our thanks to Kim for the info!

Hello-Hello!  Is everyone else beginning to experience those sure and certain signs of a changing season? We are definitely facing the harsh realities here at Princess InterGalactic HQ, hopefully they aren’t too dreary wherever you may be today.

Most readers are aware the month of October is now accompanied by an explosion of breast cancer awareness products, the majority are fundraisers for either the Komen Foundation or the Breast Cancer Research Foundation, although there are numerous other charitable endeavors.

We thought it might be fun to share a few pieces from Lacoste’s In The Pink collection; the items are available beginning October 1. 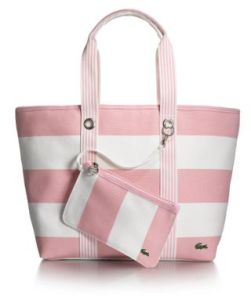 The tote looks great, we like the smaller logo and the inclusion of the second little bag. We found the flip-flops to be cute as well.

The oversized Croc polo… not so much. 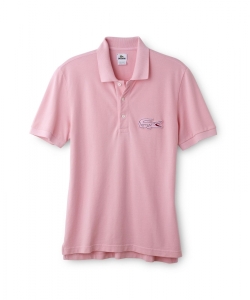 The sunglasses look like they could be fun, a touch of whimsy.

Lacoste’s In The Pink group also includes a belt… 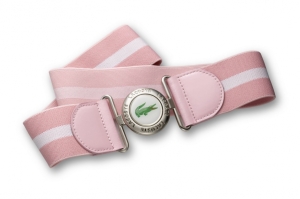 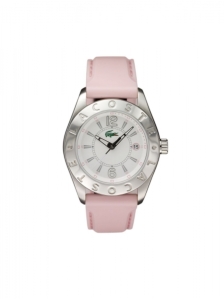 We are confident we could find a useful purpose for each and every item seen here, despite the logoage. (Heh-heh.)

Now we enjoy a quick glance at some of the Pink Pony Collection currently available at Polo Ralph Lauren, we start with the Logo Cap. 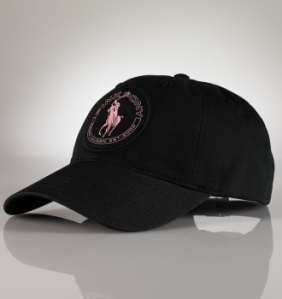 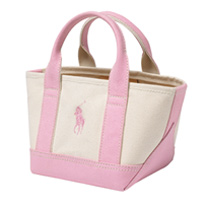 We like the candle, that is intriguing as a way of handling several gift obligations in the not-too-distant future.

We also appreciate the fact there are Mens’ products offered, moving beyond the silly notion only women will make purchases from this kind of collection. Below, the Men’s Classic-Fit Pink Pony Polo 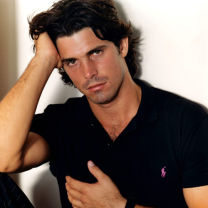 This shirt also comes in white, and is available in the Custom-Fit style as well. There is more Pink Pony Merchandise at Polo Ralph Lauren, it makes for enjoyable surfing/shopping with an eye toward helping a good cause.

What is the Princess offering for Breast Cancer Awareness Month?

Yeppers, this is the versatile, indestructible Original Dean-O tote from the good folks at Scout.  We have long liked this bag,  both of use several of them. Being able to contribute 30% of proceeds from sales of these to such a good cause sealed the deal for us: one is now atop our little mountain personal collection of totes.

It seem wise to simply say almost the entire post is Pretty in Pink, don’t you think?

Before we fly, two quick tidbits, the first a follow-up to our post offering a Sneak Peek at 3 New Lilly Pulitzer Lines. The delightful author of the story referenced in our post, Julie Naughton at WWD, was kind enough to post comments answering some questions pondered by readers.  Spotty Prep wondered about the eye shadow in the upcoming MAC in Lillyland collection.  Julie offered this insight:

“… while the eyeshadows (and the rest of the collection) appear quite bright in the packaging, they do go on fairly sheer.”

Our thanks to Julie for providing us with some inside info!

Ms. Hererra made it official on Friday, Women’s Wear Daily has the story:

“I have been here for many years, and I love this country very much. I love New York and everything about America. It was very emotional for me.”

We’ll end on this nifty note!