Goodness, what a wacky weekend. We allowed ours to be consumed in large part by this:

Although we were crushed to see it end up in this fashion:

However, the fervor of our hopes that Mr. Watson might win must not detract from the ultimate outcome of the tournament, and the remarkable accomplishment of Mr. Cink. We know that Yellow Jacket fans are pleased to see the outcome; the Champion Golfer of the Year as decreed by the R & A is a Georgia Tech alum.

Mr. Watson is an original prep, attending Pembroke Hill in Kansas City before matriculating at Stanford. And while we acknowledge our fondness for Mr. Watson (not only because one of his sponsors is Polo Ralph Lauren), but thought both men conducted themselves with grace and dignity throughout the tournament.

There were other sporting events this weekend, notably the kickoff to the polo season with the Mercedes-Benz Polo Challenge in Bridgehampton. Among those on hand were model/player Nacho Figueras, seen below. 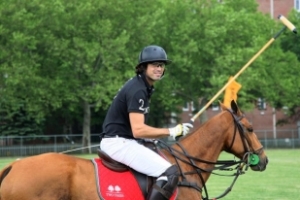 The match brought a Gossip Girl star to the Hamptons, actor Chace Crawford was in attendance.

According to the Times Square Gossip blog Mr. Crawford and/or his entourage may not have conducted themselves as graciously as one would hope; this post has more.  Oddly we had just finished reading this story about Mr. Crawford’s plan for attending Wimbledon earlier this year, written with the classic snark one can frequently find in The Independent (the UK).

“And then there was the US actor Chace Crawford (“Who?” we ask), whose “people” insisted he’d bring a magazine snapper with him to “give your tournament some publicity”.

Those who enjoy watching Mr. Figueras may be pleased to learn the polo player and model for Ralph Lauren is actually slated for an appearance on Gossip Girl; he will be on the show’s season premiere September 14. In a post on the WWD Blog Mr. Figueras talks about his reaction to being on the show:

“First and foremost, I thought it was a great opportunity to promote Polo and my team Black Watch. Second, and most important to my wife, was that I would be able to meet Chuck Bass [actor Ed Westwick].”

The polo scenes were shot at the Greenwich Polo Club.

Finally, in our six degrees of separation segment today we can share the following: golfer Tom Watson’s brother Marshall Watson designed one of the rooms in the Hampton Designer showhome; he had to make many a trip to the media room in that house this weekend to catch a few minutes of his older brother at Turnberry. At last that is the case according to this story on Newsday’s Long Island real estate blog.

In retail notes, the Country Living home collection hits Sears and Kmart next month, both in stores and online. The new collection is inspired by Country Living magazine, and includes tabletop, home textiles, furniture and decorative items. We’re more than a little confused as to what this means for sister site The Country Living Store, as it features merchandise by name brands in all of the categories listed above and several more.

We are more than a bit tardy with this one, but the the Lilly Pulitzer Fall Collection has hit, with loads of fun designs.  In the Pink has the entire Collection online for your shopping pleasure. Here are a few items we’ll show very quickly, if only to display Lilly’s color palette for the fall. 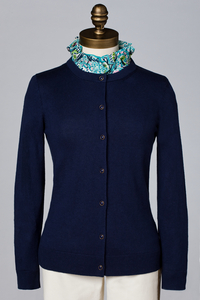 Next, the Burke Dress in one of three colorways. 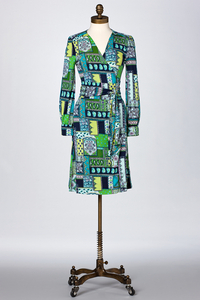 And the Lulu Dress.

Obviously, there’s no shortage of fun finds in the new collection.

We close with a few goodbyes today. Two gentle men (that is not a typo), strong in ways we can’t comprehend, yet generous of spirit and compassionate in personality.

We are grateful to have had the opportunity to meet one of these extraordinary men.

Because most readers have been able to read or watch stories about Mr. Cronkite we shan’t bore you with tedious commentary from these quarters, other than to say he blazed a trail of incredible depth and breadth, setting an image and standards for many of us following in his profession.

We were not as fortunate in making the acquaintance of Henry Allingham; he passed away Saturday at the age of 113. Again, that is not a typo, this gentleman was the oldest man in the world.  He was also a survivor of WWI.  He was a founding member of the RAF in 1918.  A. Founding. Member.

From an Associated Press story about this remarkable man:

He made it a personal crusade to talk about a conflict that wiped out much of a generation. Though nearly blind, he would take the outstretched hands of visitors in both of his, gaze into the eyes of children, veterans and journalists and deliver a message he wanted them all to remember.

Below Mr. Allingham is seen with his great-great grandson in June on the occasion of his birthday.

“I want everyone to know,” he told The Associated Press during an interview in November. “They died for us.”

What an amazing life.

We would be remiss if we neglected to mention Irish-American author Frank McCourt. Mr. McCourt is best known for writing “Angela’s Ashes,” for which he received the Pulitzer.