Hello-Hello and Happy Start of the New Week!

In yesterday’s post we promised more on the special Barbie Show at Fashion Week; we begin with more on those in attendance, including, a number of the social set. Below, Muffie Potter Aston and daughters, Bracie and Ashleigh Tatiana.

Also in attendance? The one-and-only Fashion Herald; we almost emitted a most-unbecoming shriek when we read her Tweets about it!

Next, the little ones gather backstage.

For those unfamiliar with all the hoopla, in honor of Barbie’s 50th Anniversary this year, fifty designers created actual looks for the show. Below, Rachel Roy’s sketch…

And the real deal, designed to honor the very first Barbie outfit. 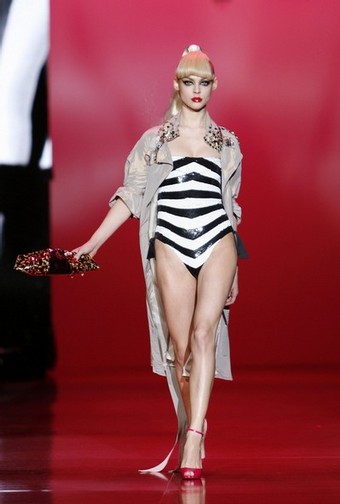 Yesterday’s post really had a better shot of the special Christian Louboutins worn by every model walking the show; here is another look. (Not a terribly flattering shot, is it?!)

We retract a portion of the previous: not every model was wearing the Louboutin heels:

Those look like your basic Chuck Taylors to us, too cute! Now, we are guessing this next dress is the Diane von Furstenberg creation:

It looks like the basic wrap dress… yes? And below, we are also guessing on the designer. The style seems very Tory Burch to us. 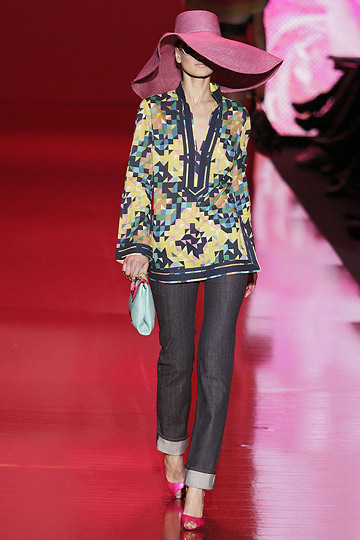 Here is the Tommy Hilfiger sketch for his beaded white mini-dress, very “groovy,” don’t you think?!

And the real deal: 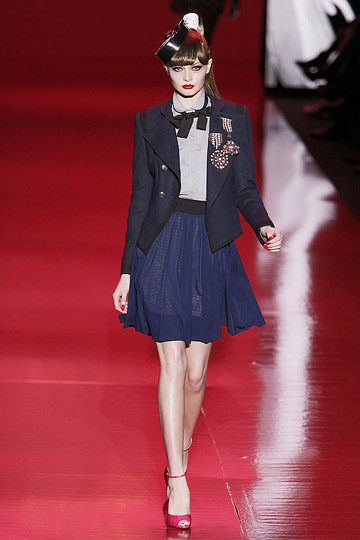 Other designers we are fond of who participated in the show were Calvin Klein, Trina Turk and Bob Mackie.  Here is a closing shot of the models and their young escorts… 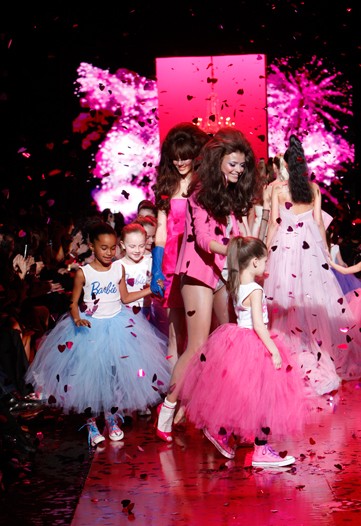 A few notes on things related to all of the above:

Courtesy Photo via the Telegraph (UK)

We will share more from Fashion Week as appropriate and when time permits. Tomorrow’s dance card includes the Brooks Brothers Collection Preview (not a runway show, but at the Madison Avenue store), Carolina Herrera, and one of First Lady Michelle Obama’s favorites, Thakoon.

Before we dash, a quick reminder on entering our Lilly Pulitzer Stationery Giveaway: 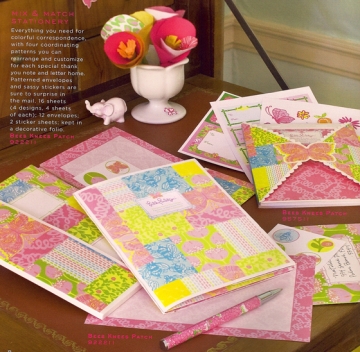 To win the Mix ‘n Match stationery set, just leave a comment on this post, or any other. To learn how to be entered more than once, click here. We will use Random.org to pick the winner tomorrow (Monday, 2.16), before noon!