Hello-Hello, and welcome to a somewhat frenzied Tuesday here at the Prepatorium.

The day started off with news that a date and location have been selected for next year’s big do: Kate Middleton and Prince William will marry on Friday April 29 of next year, the ceremony is slated for Westminster Abbey. The news prompted us to veer off our planned course, so we might update this story. 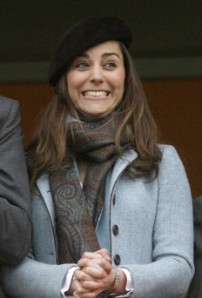 Anglophiles will recall that the Queen and Queen Mother were both married here; it was also where Princess Diana’s funeral was held. 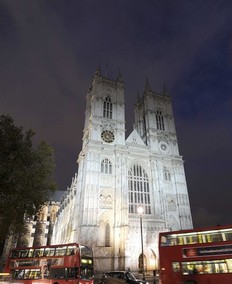 Lady Diana Spencer and Prince Charles were married at St. Paul’s Cathedral, the other location in consideration for next spring’s event.

Generating perhaps more buzz than this news, word that the Church of England has suspended a bishop who referred to the young couple as “shallow celebrities”.  The Telegraph has more:

“In comments posted online he also claimed the Royal Family was full of “broken marriages and philanderers” and expressed disappointment that the wedding would cost the public “an arm and a leg”.

As it turns out, the Royal Family (with contributions by the Middleton family as well) is handling almost all of the expenses associated with the event, the one bill the taxpayers will have to foot is for security. 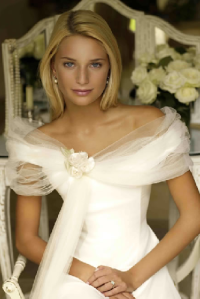 One shouldn’t laugh off the oddsmakers, this is serious business in some circles. Princess Diana’s designer, Elizabeth Emanuel,  was the odds-on favorite, correctly so as it turned out.  Below, more gowns by Ms. Lepley.

It is tacitly expected that Miss Middleton will select a British fashion house; Phillipa Lepley was born in the UK and her shop is in the oh-so-chic Chelsea part of London.

While many have suggested Issa (the company making that electric blue dress worn by the bride for the engagement announcement) may be chosen; the company is headquartered in London, but Daniella Issa Helayel was born in Brazil.  Is the distinction between being born in the UK and based in the country that important? It very well could be, especially when attempting to make a politically correct decision. 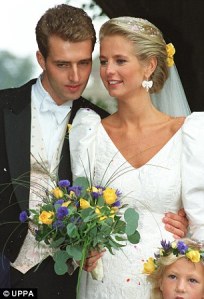 Other designers mentioned include Stella McCartney and Amanda Wakeley.  Below, two bridal designs from this fall’s collection by Ms. Wakeley. 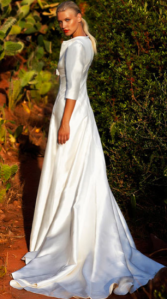 People magazine has jumped into the conversation with a feature asking wedding designers to create looks for the bride.

We weren’t gaga over either of the Reem Acra sketches, they are too skimpy for serious consideration.

Ben de Lisi is a British designer we weren’t familiar with; we like both of his designs. 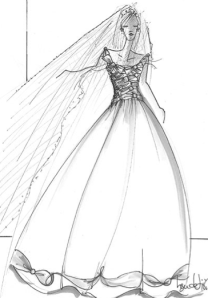 Click here to see the rest of the designs submitted to the magazine.

Also today, J. Crew is officially launching its new 769 line, at least according to yesterday’s story in Elle.

Above, a photo from the party celebrating the 769 debut, hosted by Crew executive Jenna Lyons.

The reason we waffle on the 769 “launch” can be seen in this post from back in May, showing 769 items on sale at the company’s Weddings store in the city. Evidently this is a soft rollout of the line to other locations in addition to the Bridal shop. 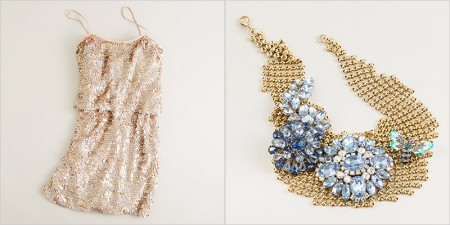 In other J. Crew updates, blockbuster news today for those that follow the company’s behind the scenes operations, the company has been sold.  From BrandChannel:

“Another tony luxury brand has changed hands, with today’s $3 billion acquisition of J. Crew by a consortium of private equity firms. Yes, the house that Mickey Drexler built and Jenna Lyons designed, now has a new landlord.”

What will this mean to the average shopper? Not a lot, unless drastic changes are planned, and at this point that seems unlikely. What will impact your pocketbook when shopping at Crew is the other news released today, that of the company’s continued lackluster performance, the Journal has more:

“J. Crew has recently begun to show signs of sales weakness amid a lack of fashion hits, discounting by competitors and efforts to elevate the price of some of its merchandise to luxury status.

That last tidbit about Crew and discounted merchandise reminds us of one final thought: we are receiving inquiries about our annual Black Friday post, showcasing bargains with a preppy slant.  We will have a 2010 edition, out late tomorrow or early Thursday.