Of Polo and Parties on a Royal Weekend

Hello-Hello and welcome to a Monday.

We are brief today, trying to catch up a zillion business-related projects, so we are going to do a ‘One Topic Tuesday’ on a Monday. (Gasp.)

As some readers are no doubt aware, a certain royal couple was in California this weekend.

Saturday there was a little polo match, with a luncheon beforehand. As you might imagine, a number of celebrities were at the event. Below we see chef Giada de Laurentiis, who did the lunch, and actress Nicolette Sheridan (?). 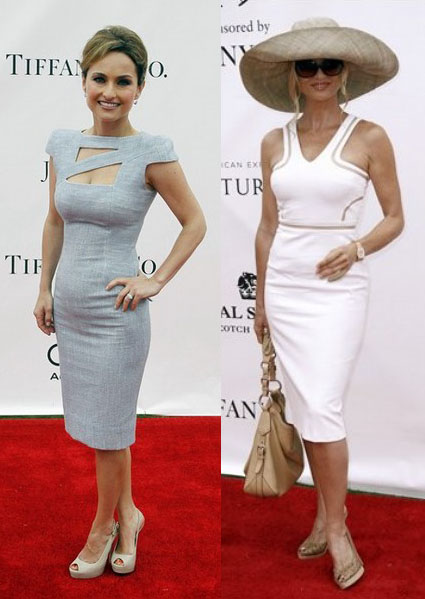 The event was at the Santa Barbara Racquet and Polo Club, a fundraiser for the Prince William and Prince Harry’s charitable foundation.

Sharp-eyed readers may have noticed the players holding rather recognizable boxes in a certain color. They are precisely what you thought, Tiffany was a sponsor of the event, creating the trophy you see being hoisted in the picture above.  That robin’s egg blue could also be seen atop tables set up for lunch.

Then it was on to the big Hollywood bash, the gala BAFTA dinner (British Academy of Film and Television Arts). Prince William is the president of the organization. 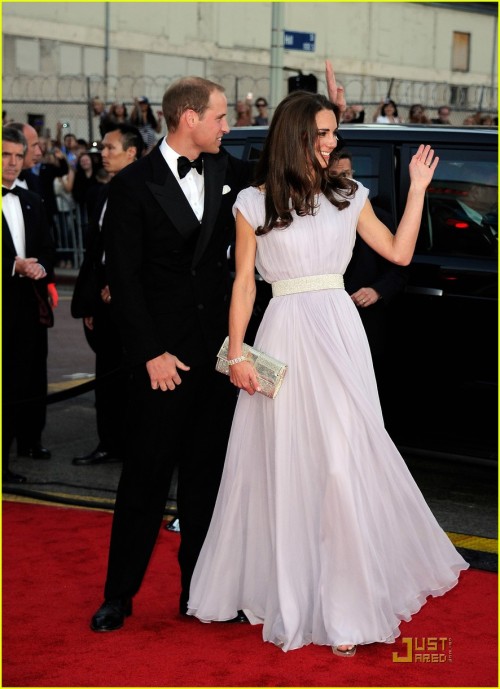 As well as Jennifer Lopez and wacky Jack Black.

Several people savvier than I have noted that Jennifer Lopez, Jennifer Garner and Blake Lively were all in attendance at the dinner, Ben Affleck was not. If anyone wants to help me grasp the deeper meaning of this, any and all comments explaining things would be more-than-appreciated. 🙂

Also taking part in the festivities, Tom Hanks and his wife, Rita Wilson. 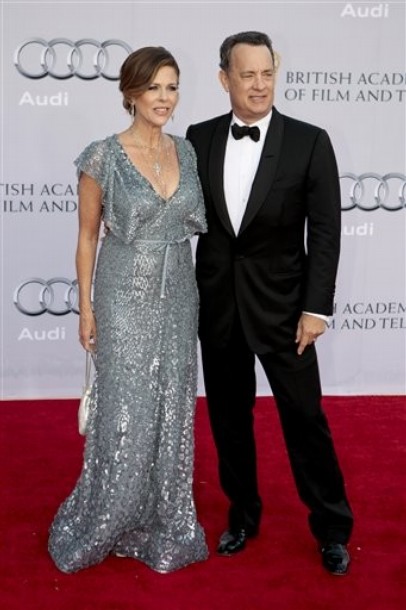 Mark Large via The Daily Mail

Sunday morning brought more functions and fundraisers, below we see Reese Witherspoon greeting Kate at a private breakfast for Tusk Trust, a group working to conserve wildlife in Africa. 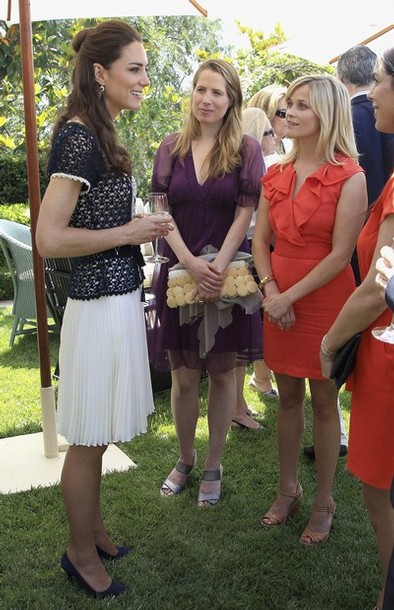 Then it was on to Inner City Arts, the newlyweds painted with children in this program. (It seems William may be looking to Kate for inspiration.)

The real stars at this event were the children who are part of the Inner City Arts program.

Throughout Kate and William’s nine day tour Kate has seemed particularly drawn to the children she meets.

The couple wrapped up Sunday’s activities with an appearance at a Mission Serve job fair. “Hiring our Heroes” was the theme of the fair, with 1,500 veterans and military spouses meeting potential employees. William also spoke at the event.

“The idea behind Service Nation Mission Serve, an initiative strongly supported by The First Lady and Dr. Biden, is simple, but truly inspirational. To help those returning from active service to open a new chapter in their lives and find employment when they retire from the military.”

Prince William noted this was the most important speech of the tour:

“This is because it is about men and women who—of their own freewill—choose to put their life on the line for their Country. They are the front line of a remarkable relationship between the United Kingdom, the United States and Canada, which has safe-guarded our freedoms for a century. But Mission Serve is about something more than just men and women in uniform. It is about our other halves. The half that makes the loved one’s duty and sacrifices possible and worthwhile. It is about you: families, partners and friends.”

The couple also helped pack boxes for children of military personnel, ‘care packages’ of a sort. 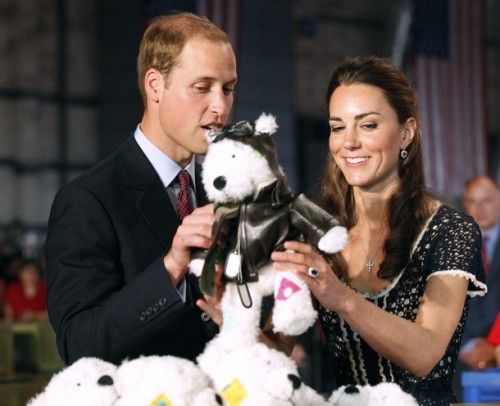 With that the nine-day visit was over and the royal couple headed to LAX for a flight home. (They actually flew commercial.) Below we see them boarding their plane.

EPA via The Daily Mail

(For anyone interested in the fashions worn by Kate during the trip, our sister site, What Kate Wore has many posts on the topic.)

For now, goodbye until next time, may the rest of your Monday be simply splendid.