The Times Sends the Critical Shopper to Tommy Hilfiger

Hello-Hello…. are we all sufficiently sodden and soggy at this point? The rain is beginning to seem like an enemy instead of a welcome friend. Waaahhh! (And how long ago was it we were whining about snow?? Indeed.)

Regular readers know we are gaga about the Times’ Critical Shopper column, having been exposed to same in this blog countless times.  In this week’s column writer Mike Albo pays a visit to the Tommy Hilfiger store on Bleecker Street. 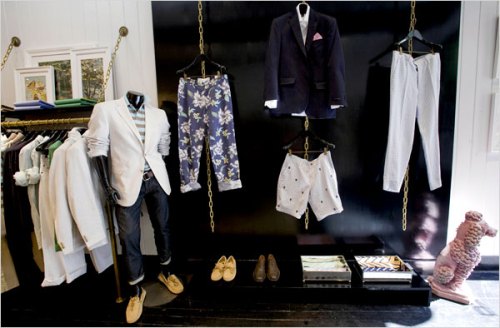 Mr. Albo’s assessment of any recessionary impact (none) on shopping in this West Village neighborhood is rather humorous:

“… as busy as ever. This little hamlet of cute shops and cupcakeries is not like the rest of the country. It should be rezoned on maps and called the People’s Republic of Carrie Bradshaw.”

The store has been open since 2007, but recently underwent a little updating and tweaking. The column has some positive comments on the merchandise:

“Many of the clothes are bright, eye-catching and playful — almost a parody of what rich people wear. A seersucker suit ($498) hung near seersucker shorts embroidered with little lobsters ($49).” 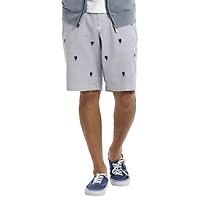 We quite like the shorts! But then we have the Clarkston Board Shorts (seen below) for men. They really don’t work for us, despite our fondness for anchors.

From Mr. Albo’s critique of the store, not everything works for him either:

“Many clothes teeter on garishness. A striped shirt with a bright floral print on the inside cuff and collar ($98) was too in love with its own hidden follies, and a shirt with a white-on-white vine pattern on the shoulders evoked high school prom, Long Beach, 1989.

We’re guessing the Ben Stripe Shirt (seen below) is the first item Mr. Albo references in the paragraph up above. We don’t find the floral trim to be hideous, but the large logo on the pocket proclaiming the brand?  We think not.

The column continues with other concerns about Hilfiger designs:

A loud button-down shirt with an eye-searing print of orange and red flowers ($49.99) would only be right for the brilliant, queeny comedian Paul Lynde if he were still alive. These garments made me worry that Mr. Hilfiger was still designing for his label’s heyday, a time when it was cool to promenade around the Hamptons with a professional umbrella holder.”

It is just a guess on our part, but it seems possible Mr. Albo might file this under “When Preppy Goes Wrong.”  We find ourselves feeling a tad more charitable. (Yes, you read that correctly, and we do know it is the shocker of the day, almost headline material.)

There are redeeming qualities in some of Mr. Hilfiger’s creations.

And best of all, there is also an online promotion underway, providing an Additional 30% Off Sale Merchandise, bringing some inventory to about 75% off its original selling price.  We are claiming the Women’s Basic Fitted Oxford as today’s Pretty in Pink, especially as it is now available in three colors for $29.99. 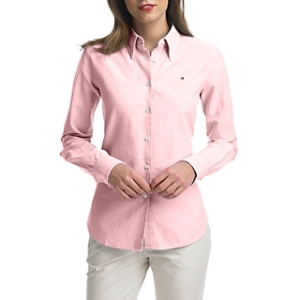 And just to have an Adventure in Argyle today, we’ll share the Men’s Hampton Argyle V-Neck, a nice look for The Consort perhaps.

Before we dash,a few quick sale updates, starting with the Summer Sale at J. Crew:

Kate Spade is promoting ‘Up to 75% Off‘, while competitor Tory Burch is offering “Up to 60% Off” with their sale.

And the Alexander McQueen Sale starts next Tuesday, June 2nd. Click on the image below to pop over to the McQueen site to register for the sale, offering up to “40% off original retail prices”.

McQueen fans won’t want to forget the big markdowns on the McQueen for Target Collection, including the Tattoo Print Strapless dress, now selling at $19.98. (Originally marked at $79.99.) 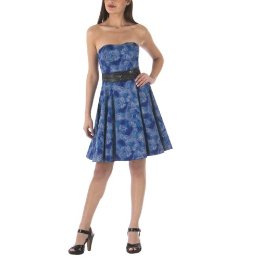 Until next time, may the sun shine upon you and those you love today!