It seems our post yesterday on the J. Crew website problems touched a nerve with many readers. The problems were also noted by the mainstream business and technical media. From Crain’s New York in their story:

“This is a terrible time to experience technical difficulties. J. Crew, which underwent a massive redesign of its Web site over the summer, has been suffering glitches ever since.”

There are also multiple reports of similar issues at several big name retailers, including Bloomingdale’s:

Bloomie’s does seem to be up and running just fine today. If considering doing some business in a cyber sort of way, don’t forget their free shipping offer for purchases more than $100. Use promo code SHIPXMAS at checkout.

Crew’s site also appears to be functioning at 100% this morning, providing another fiscally friendly shopping opportunity:

To receive the Extra 30% off sale merchandise, use promotion code EXTRA30 at checkout; this offer ends Wednesday night at midnight. And BTW, this promotional offer was planned all along by J. Crew, it was not created in response to the technical problems, as we wondered aloud yesterday.

We have fun information to share regarding a little trinket Michelle Obama is hypothetically receiving as a “Thank You” gift from the President-elect, at least according to the Daily Mail on the far side of the pond.

The ring is to be created by Italian jewelry design house Giovanni Bosco, from the firm’s “Harmony” collection. (The items below are merely examples of the company’s work and do not represent their Harmony Collection.)

Our struggle with this story is that we simply don’t see the President-elect doing business with a firm that will share this kind of information about personal merchandise in such a public fashion.  The Mail’s story quotes “A spokesman at Giovanni Bosco….” in their story as saying (among other things):

“‘Our American distributor has contacted us and has asked us to provide details on the Harmony ring.

‘It is our top of the range piece and made from rhodium and encrusted with diamonds.” 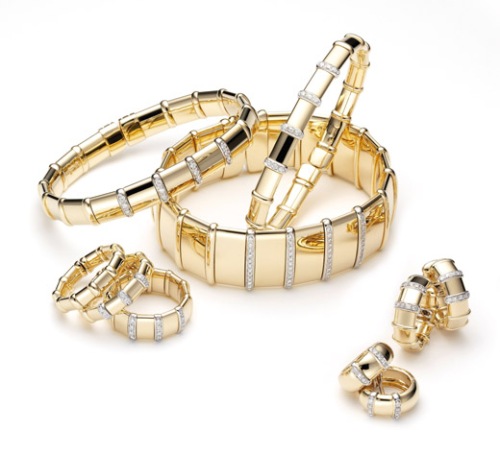 More quotes attributed to the ‘spokesman’ include:

‘Our agent in the United States was asked by Mr Barack Obama about the ring because he wants it as a thank you gift for his wife Michelle for her support the last two years.”

“We have a select number of clients both in the United States, Europe, Russia and the Middle East and our prices as a result reflect the wealth of our customers.”

The ring is supposedly valued at approximately $30,000 (USD) and it is to be delivered in time for the inauguration in January.

Somehow this is reminiscent of the stories circulating that an outstanding Atlanta designer, Cassandra Bromfield, was selected to design Mrs. Obama’s gown for the Inaugural balls.  Here is our original post on that topic, and then Ms. Bromfield setting things straight in this post.

Of course yours truly could be way off the mark on this one; we shall let you know of any developments.

For anyone simply unable to last another day without a “Confessions of a Shopaholic” update, Bluefly has posted the movie trailer and more. 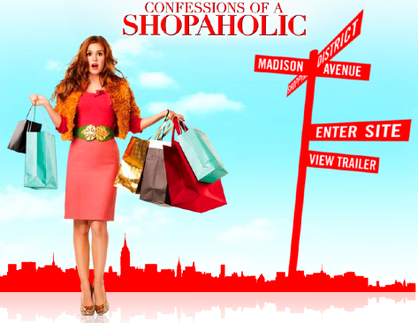 Although the film doesn’t open until Feb. 13 next year, the Bluefly microsite has some fun features.

We see more and more references to the ‘preppy look’ or ‘preppy style’ the Jonas Brothers sport most of the time they appear publicly.

The three brothers were signing copies of their new book at the Barnes & Noble on Madison Avenue last Friday.  The book, entitled “Burning Up: On Tour with the Jonas Brothers is also available at Amazon.  Actually, it seems to be everywhere; is this one of the “it gifts” for teenage girls this year? 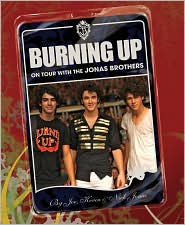 Burning Up: On Tour with the Jonas Brothers

And how about “Honor Society,” the band that opens for the Jonas Brothers? The photograph below shows the band performing in Las Vegas Saturday night and they are also looking very preppy in their wardrobe selection.

If ever there were a prep aesthetic for a band it would appear to be these young men. If you have any doubt, take a look at the extra photos they have on their MySpace pages, including these of bassist Andrew Lee: 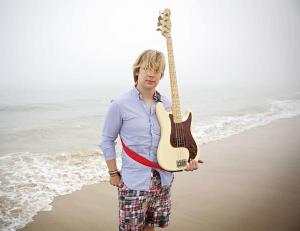 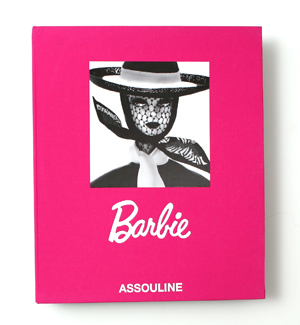 Barnes & Noble is selling the Limited Edition Boxed Set, which has much beyond a standard hardcover book. 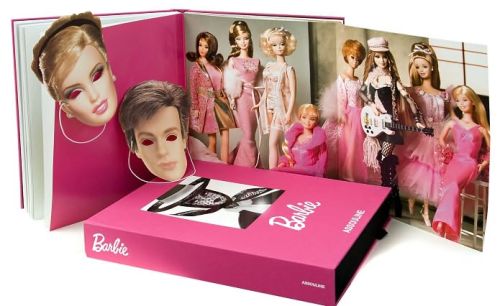 The boxed set is also available at Amazon.

Did TP ever share the deep and horrible tale from her youth about Barbie?  No?  Well then, to be brief: we did not have one.

The truth is, in an effort to instill proper values in her little Princess, TQM advised us prior to the one Christmas when we were positively begging for Barbie that we needed to choose between Barbie and the…

BTW, the Queen Mother rectified this tragic situation years ago, presenting us with our very own Barbie doll as a birthday gift.

May the rest of your day be splendiferous!