Hello-Hello, happy Thursday, it is another glorious day here at The Prepatorium, hopefully the sun is shining wherever you may be. (Unless you are in Texas, where we would wish a nice, steady moderate rainfall for you. TUWBVB, I Pick Pretty, Hopsy, all of you, we feel your pain.)

We begin today with an update on something we have chatted about previously, the upcoming release of Preppy: Cutivating Ivy Style.

WWD carried a story about the book today; photos from the upcoming publication are shown, including this image of men from Deerfield‘s class of 1961.

(Can we talk about all of that fabulous madras?!)

The book remains on track for an October 4 release, David Lipke’s story is titled The Progression of Preppy Style, an apt description.

“The book, out in October, is a scholarly exploration of the roots of preppy style, enlivened with a treasure trove of historic photos and illustrations. The photos of boarding school students from decades past are particularly fascinating, as they show how consistent the look has been, even to this day.

Another image from the book, one that many readers will recognize, a still from the film Love Story with Ryan O’Neal and Ali MacGraw.

President Kennedy’s influence on preppy-dom is recounted, as are the contributions of other pillars of prep, such as Katharine Hepburn in her tweed skirts, Grace Kelly in her cashmere twinsets and Howard Hughes in his golf knickers. Edward, Prince of Wales, is of major import for many reasons, key among them that he popularized sporting clothes as casualwear and insisted on unstructured designs with minimal linings.

The writers are Jeffrey Banks and Doria de La Chapelle, the duo co-authored “Tartan: Romancing the Plaid” back in 2007.

“Preppy isn’t just a way of dressing, it’s a culture and a language,” explained Banks, in a navy Lacoste shirt and red chinos. “It’s all about nuance.”

There is also a look at different interpretations of the style, below we see an image from the immensely popular blog Street Etiquette, the site did a piece last year on the “Black Ivy“.

On a related note, The Times has a story today with the founders of Street Etiquette, Joshua Kissi and Travis Gumbs. There is an accompanying photo essay, “The New Dandies: Prep Fashion With a Twist”.  From the story, “Pushing the Boundaries of Black Style“:

“Instead, this generation emphasizes the basics: great fabrics, aggressive tailoring, thoughtful accessorizing. It’s a return to style as a source of dignity, a theme that has run through generations of black American style, from Reconstruction to the Harlem Renaissance to the civil rights era to the mixed messages of the hip-hop era.”

Back to the book, more from the WWD story:

“Modern-day designers like Ralph Lauren and Tommy Hilfiger have transformed preppy style with their own versions of the campus classics.

“Ralph Lauren made preppy lusher and more desirable,” said La Chapelle. “Every generation has its own interpretation of preppy.”

An advertising image from the 1997 Polo by Ralph Lauren collection is included.

We look forward to reading this one, it is available for pre-ordering through Amazon.  Rizzoli is also publishing Ralph Lauren’s eponymous book in October. 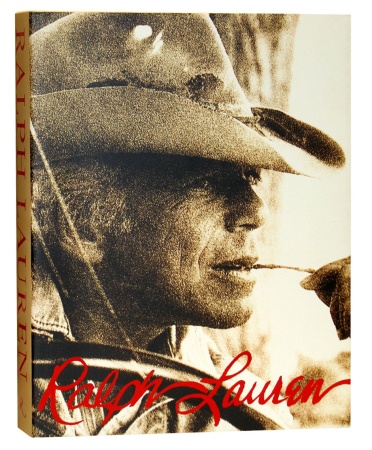 “The flagship Polo collection continues to speak to the “diehard preppy,” Lauren said, with natural-shoulder three-button jackets with wider lapels and traditional patterns of herringbones, gabardines or plaids.

The trade publication noted there is a “country-club grouping with seersucker and patchwork patterns”.

Finally today, something for our “You Can’t Make This Stuff Up” category. The story is about something we used to call ‘reverse compensation’ when working in tv; it refers to a practice that became common in the 1990s when local tv stations had to start paying the networks to be affiliates. In the former business model the networks paid stations to be affiliated with them.

At any rate, you can probably imagine where this is going: yesterday’s news that über-AntiPrep retailer Abercrombie & Fitch has offered to pay another AntiPrep to *stop* wearing its clothing.  Really.

From an Abercrombie news release, evidently referencing someone referred to as “The Situation” from Jersey Shore. (The entire cast of this program have been declared AntiPreps.)

“We are deeply concerned that Mr. Sorrentino’s association with our brand could cause significant damage to our image. We understand that the show is for entertainment purposes, but believe this association is contrary to the aspirational nature of our brand, and may be distressing to many of our fans.”

The Times has a story on the topic, including these side-by-side photos of Abercrombie bags and Mr. Situation.

On that note, goodbye until next time!