Has everyone received their Brooks Brothers Holiday 2008 gift catalog? 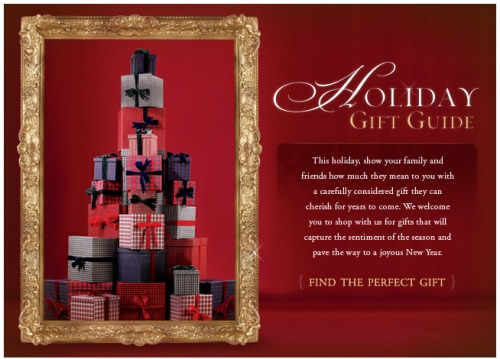 There really are some lovely items included in this year’s selections. If you didn’t receive the catalog yet, or don’t want to wait until yours arrives, click here to look at the goodies online.

Have you been wondering which younger stars are fond of Brooks Brothers?  (Just one more example of how The Princess is looking after readers, worrying about this sort of thing so you don’t have to! Heh-heh-heh.) 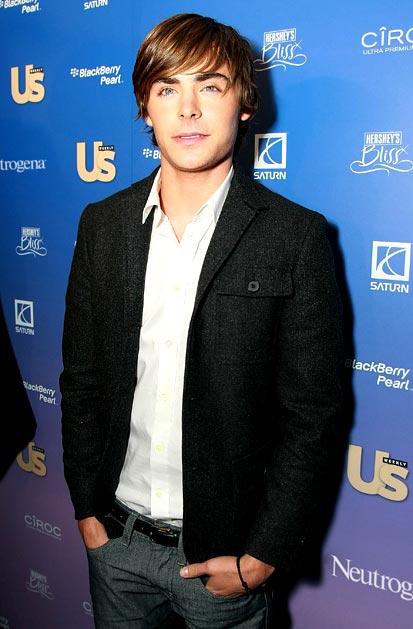 It seems that Zac Efron, star of the hit movie High School Musical 3 is a fan of the Brooks Brothers Black Fleece line TP has been known to excoriate relentlessly at any given opportunity ruminate about on rare occasion. The actor was photographed on the red carpet in the White Oxford Button Down shirt and something Brooks calls the Black Fleece Charcoal Thornproof Wool Patch Pocket Jacket, but we cannot find head nor hair of that item anyplace. 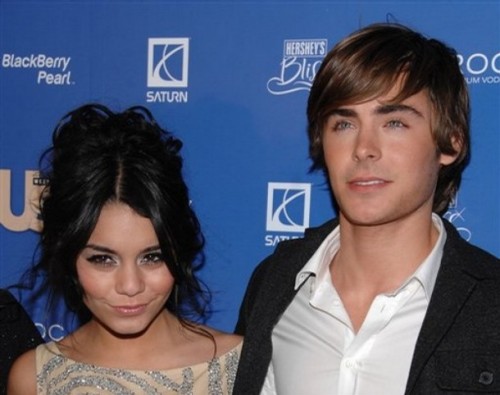 The young actor wore the pieces Tuesday evening at an event called the Us Hot Hollywood Party (?), whatever that may be. Evidently our invitation was somehow misplaced in transit and while we are crushed to have missed (ahem) this particular function, we will soldier on.  Somehow.  Above, Mr. Efron with co-star and off-screen significant other, Vanessa Hudgens.

Also at the function, Penn Badgley of Gossip Girl….. 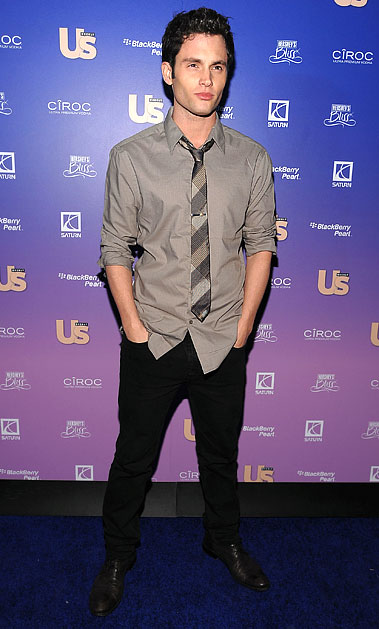 And his co-star and off-screen romantic interest, Blake Lively. 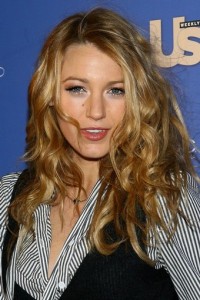 Here we come to a most unattractive aspect of Hollywood’s conspicuous consumption: the “Swag Bags.”  For example, here is a photo from the “Celebrity Swag Suite” at the Hot Hollywood Party described above. 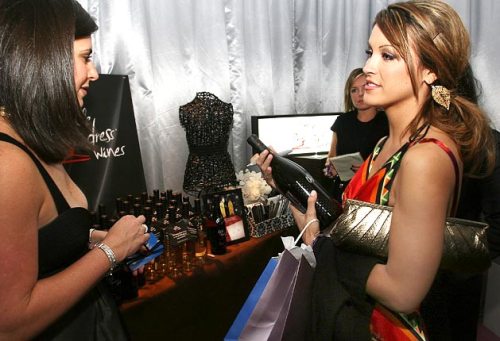 Here, Vanessa Hudgens shilling for Neutrogena, a co-sponsor of the swag suite. 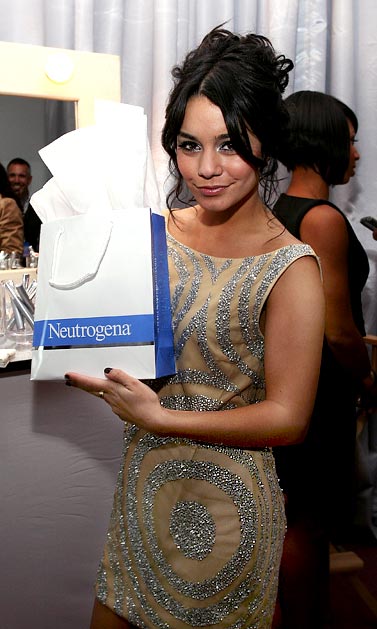 Gifts, goodies, giveaways, by whatever name you call it, it is a vulgar practice that really needs to be abolished. The tease for this portion of the Us story reads:

Is there anyone who thinks any of these individuals needs another cell phone? 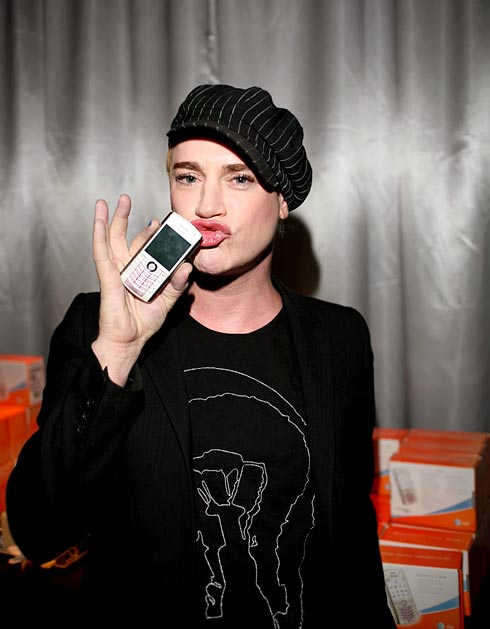 We all know TP is a raging capitalist.  But really, are there not people who are far more in need of a turtleneck sweater or a telephone than the celebrities seen here? Most readers are familiar with gift bags from our time planning charitable functions; it is a common practice.  That is far different from the sort of thing seen here. We understand companies like Neutrogena and Blackberry pay a great deal of money to sponsor such giveaways, to be included in gift suites and gift bags. We know the benefits of a product being seen in the “right hands.”

But really, enough is enough. Actually, in this case, it is too much.  We now declare the gratuitous and coarse displays of over-the-top Swag bags and suites to officially be on the Anti-prep list. There you have it.

To end things on a  slightly more upbeat note, we offer today’s Pretty in Pink.  Here is the Bookster Made-to-Order Show Jumping Jacket in a color we just adore. 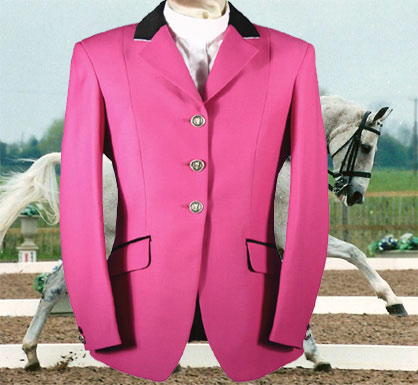 Hand-crafted of lightweight wool, this beauty is available in a number of bright and vibrant colors.  One note: this was shown to us by a friend, it is on eBay, so it is not offered by a retailer or firm we can vouch for personally.  We are sure the vendor is more than reputable but feel obligated to provide this caveat.

We say ‘Ta for now; we hope you enjoy a stellar rest of today and a superlative Friday!