Popped or Not, Nantucket or the Vineyard?

For those who don’t summer an entire season at the shore it is once again that time of year, friends and families are packing up and heading off for for a few days at the beach. That makes a story in today’s Boston Globe perfect reading, it looks at two of our favorite places. 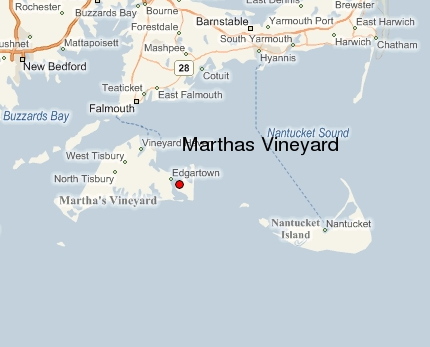 “Islands Apart” considers the age-old debate about which is the preferred island: Nantucket or Martha’s Vineyard…? The story suggests that perhaps sentiments on the topic have intensified.

“But what has changed, natives say, is how rabid the rivalry has become off the field, especially among the summer people… who care very much about what their island choice says about them.”

Now, we don’t come from the school of “let’s pick where we summer based on how it will impact the way people think of us”.  IOHO basics like proximity, history, ease of access, and weather make more sense when determining one’s vacation spot, no? Nor are we sharing our personal preference between the two islands (full disclosure: yours truly grew up summering on the shores of Lake Michigan, these two lovely spots are merely places we have been fortunate enough to visit), but we can say many of the observations made by residents and visitors in Billy Baker’s article ring true:

“Both islands, of course, are summer paradises of great natural beauty. They are also very expensive, very exclusive, and very preppy. Nantucket, the broad-brush argument goes, is just more extreme in all categories. In other words, many Vineyarders say, “snobby.’’

One point made in the article involves simple geographic distinctions:

“Martha’s Vineyard is much larger and more populated, with six towns that have distinct personalities; while Nantucket is just one town. The Vineyard is also considerably closer to the mainland. The traditional ferry takes just 45 minutes to arrive, and well over two hours to get to Nantucket.”

The story hones in on an aspect of the rivalry that may be easiest to envision, fashion differences between ACK and the Vineyard, more specifically, brands.

“In Vineyard Vines, a self-described “preppy’’ clothing store that began on Martha’s Vineyard and has now spread to other Sperry meccas, including Nantucket, pastels, braided belts, and shorts with whales on them rule the day.”

And it’s here where we get to a hot-button issue for many Princess readers, the article quotes a VV assistant store manager, Julia Graham:

“It’s basically the same style,’’ said Graham, who is from Greenwich, Conn. and has been summering on the Vineyard her whole life. “But in Nantucket, they pop the collars up.’’

The popped collar, even for a girl from Greenwich, is a thing, a symbol, the epitome of the preppy snob. Except that on Nantucket, many wear that exact stereotype as a badge of honor.”

Full disclosure #2: your trusty correspondent does not ascribe to the popped collar practice.  With no disrespect to those who do, we never have, it is more-than-unlikely we ever will. 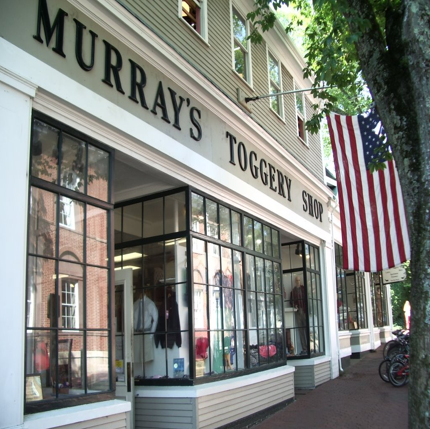 When presented with Graham’s assessment, John Murray, the latest generation of his family to own Murray’s Toggery Shop in Nantucket, the birthplace of Nantucket Reds – perhaps the quintessential preppy trouser – did not dispute the pop-collared joke.

“I’m OK with that,’’ he said. “We like to think of ourselves as more sophisticated.’’ 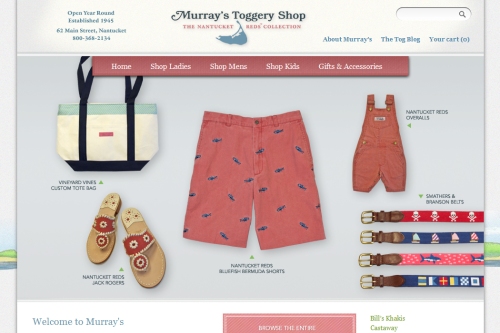 Your thoughts? Is one or the other considered a favorite?

Also today, a quick update on this weekend’s Red Cross Ball in Monaco. Below we see newlyweds Prince Albert and Charlene, behind them you can just about see the Prince’s sisters, Princesses Caroline (L) and Stephanie. 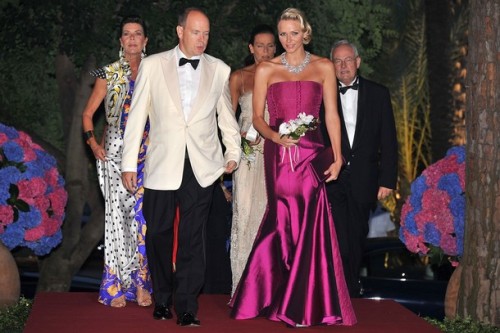 Princess Charlene wore a deep fuchsia gown by Akris, as well as a custom-made necklace by Van Cleef and Arpels.

Reuters via The Daily Mail

As an update to our post that shared some of the rumors about the couple’s relationship and marriage, the Palace says those reports are untrue; the couple is suing L’Express, a French magazine that printed allegations about the Princess trying to flee the country just days before her wedding. Hmmmm.

Finally today, an early look at one of the soon-to-be-released ads promoting the upcoming Missoni for Target collection.

The enormous collection launches September 13, and will be a major component of Targét’s Fashion’s Night Out event.

We’ll be back on Wednesday, until then may the sun be shining on your island, wherever it may be.

13 responses to “Popped or Not, Nantucket or the Vineyard?”