Hello-Hello, it seems we might be back to “normal,” although ascertaining just what ‘normal’ is continues to evolve.

At the very least we return to more normal topics, beginning with last night’s Met Ball. Considered by many as the fashion world’s Oscars, the night brings out the A-list.  As Hilary Alexander wrote in The Telegraph:

“In terms of style, effort, money and glamour, this red carpet mother of all fashion-fests, orchestrated by Anna Wintour for the last 13 years, outshines them all.

It was an occasion for the well dressed and the merely wealthy.”

Below we see Ms Wintour (yes, that is The André in all his regal splendor to her right) in a stunning Chanel couture gown. On the right she is with her daughter, Bee Shaffer, who wore Balenciaga.

The formal name for the event is the Metropolitan Museum of Art Costume Institute Gala.  This year’s event coincides with tomorrow’s opening of the highly anticipated Alexander McQueen: Savage Beauty show. 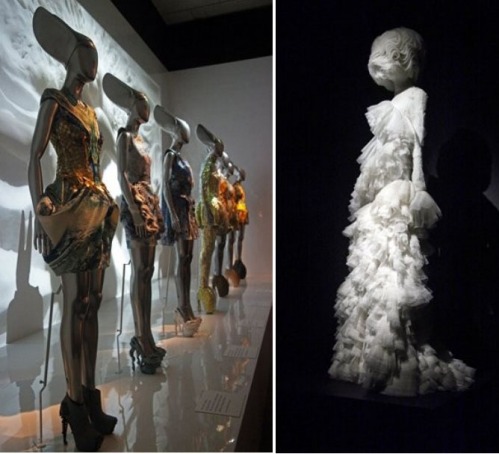 As one might imagine, coming on the heels of the royal wedding and the two Sarah Burton McQueen wedding gowns, the atmosphere was electric. Below, the woman of the hour, Ms. Burton.

Hamish Bowles was in McQueen.

For those not familiar with the Costume Institute, it is part of the Met, housing more than 75,000 costumes and accessories.  Below, part of the Lauren clan, left to right we see Dylan Lauren, David Lauren and Lauren Bush.

There were some figure-hugging creations; below left, Fergie in a Marchesa gown more reminiscent of a wedding dress, on the right we see Beyonce in Emilio Pucci with her husband, Jay-Z.

How snug was Beyonce’s dress? She was unable to climb the stairs in it, 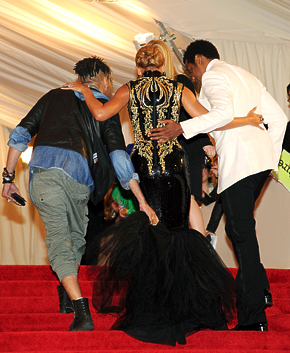 The lights are blinding, Renée Zellweger is silhouetted below.

Some of our favorite faux-prepsters from Gossip Girl were on hand, Leighton Meester was in Louis Vuitton, Blake Lively in Grecian-inspired Chanel and Jessica Szohr in… in.. umm, we have lost our notes, eek!

The level of detailing on these gowns is extraordinary.

Below, Dakota and Elle Fanning, both wore Valentino. 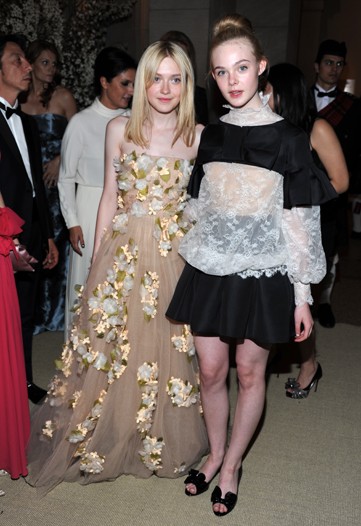 Perhaps our favorite gown of the evening was Ashley Greene’s, custom Donna Karan.

Last night the first menswear from Tory Burch debuted, seen on Kanye West; the designer was in vintage Jean Patou that was gorgeous. 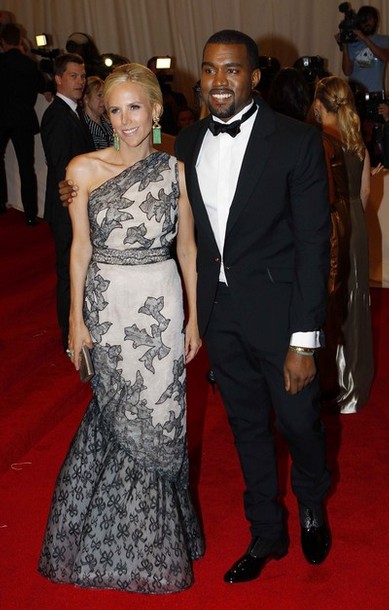 It is a busy week for Mr. Hilfiger, the designer’s collaborative line with Lisa Birnbach, Prep World, launches its first pop-up store in the US.

As covered in this post, the first pop-up store was in Paris. The temporary stores are designed to look like a beachside cottage in the Hamptons, below we show the model store.

And here is the real deal under construction in the Meatpacking district, originally scheduled to open the 28th of April, now looking like it will be ready for a Thursday opening.

The capsule collection features an array of products, many of them appealing. 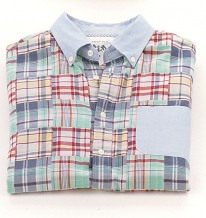 Some of the merchandise is available online.

Apologies for the brevity today, but we must race out the door!