Hello-Hello, we must begin with a tip of the hat to our friends being battered by this insanity.

Above, Philadelphia digs out. Again. And below, while we generally eschew the word, traffic jams in the nation’s capitol last night can only be described as “epic”.

It is especially challenging for a locale already coping with overburdened roads, let alone a place where the average *total* snowfall is 12 – 14 inches.

Washington wasn’t alone, you know it is wacky when Saks has to post this on its Twitter page:

No wonder they opened late, here is how Fifth Avenue looked this morning.

We wish all of you confronting the just-plain-tedious weather could be someplace like this instead.

Via Travel in Style

But only if you take us with you.

As mentioned earlier this week, Paris Couture Week is underway, showcasing what some refer to as “the most expensive dresses in the world”.  There were some rather fascinating aspects of yesterday’s Chanel show: 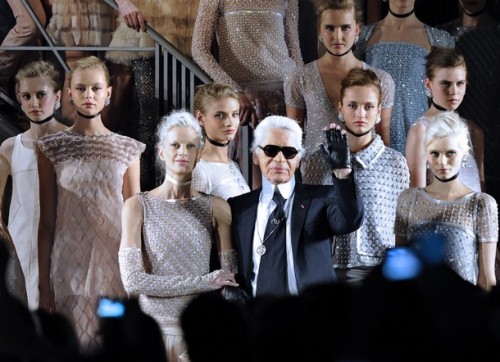 The Guardian has more:

“…the show opened with Stella Tennant, a 40-year-old model with whom Lagerfeld has a longstanding friendship, and closed with 46-year-old Kristen McMenamy…”

Isn’t that a lovely thing to see for all of us. Some reviews noted the lack of pink styles, but the color was present, albeit in a more pastel tone. 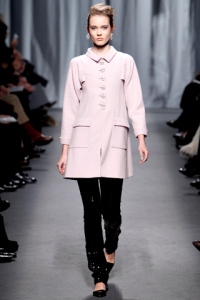 The line’s signature tweed was seen in many pieces. 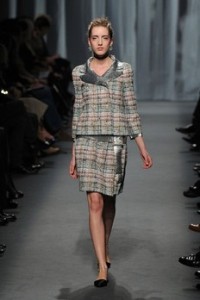 There were also floaty, frothy styles. 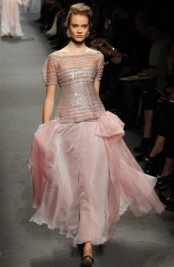 Again, the attention to detail is extraordinary. 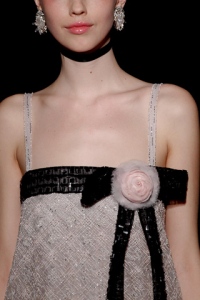 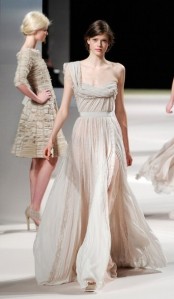 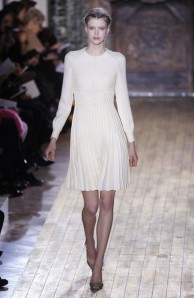 In an effort to keep spirits up despite the snow, cold, sleet and altogether-too-dreary weather we share more spring and summer fashions; below, LL Bean Signature.

But that footwear seen above? On the dock? We think not.

Bean is posting photos on its Signature FB page, but there are already spring pieces up on its website. We like the Silk Dress and Belted Twill Jacket.

Two more looks from Bean’s trendier line. (Is that an oxymoron?) 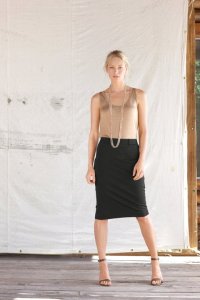 These qualify as Pretty in Pink (and Green).

Our final spring styles, these are from Jaeger’s spring and summer line.

One quick news headline about two of our favorite brands, Brooks Brothers and Nordstorm. By the fall you will be able to purchase Brooks merchandise at Nordstrom. including the men’s and women’s lines, along with the new Fleece collection for children. Our pal Christian over at Ivy Style broke the news late last night, this is sure to be welcome news for many.

We leave you with a mention of Girl Scout Cookies and a little quiz we flunked earlier today. 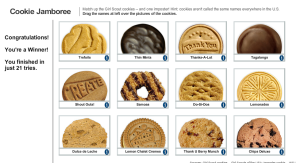 The quiz is an online component accompanying this story in the Journal about the possibility that the Scouts may cut back on the variety of cookies they offer. The idea of the quiz is to match up the name of the cookie with the appropriate photo. It took your faithful correspondent more than 21 moves to accomplish the task. However, another resident of the Prepatorium managed to accomplish this in only 13 moves.