Hello-Hello, we are smiling this morning as we are off to visit the Queen Mother for a day of meetings and shopping.

We begin with word of another delightful post over at our pal Christian’s site, Ivy Style.  The latest is another gem from Rebecca Tuite, she also did a piece on Vassar students and the Ivy league look. This recent contribution is entitled Tied Together: Ivy Guys, Vassar Girls, and the College Scarf, giving us a look back at a classic tradition.

““The most fashionable girls had a long wool scarf from a men’s college,” remembers a Vassar graduate from the class of ‘59. “These conveyed to other students that the wearer had a serious boyfriend at one of these prestigious campuses. However, a young woman might actually have bought it for herself.”

Indeed, such a student would never have admitted this fact: With the scarf, she now appeared to be not only effortlessly stylish, but involved with a guy from the Ivy League.”

Perhaps our favorite part of the post is this 1954 image from Vogue. 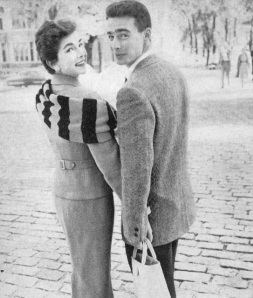 One of the few places we’re familiar with offering scarves in the vintage tradition is the UK’s Smart Turnout. 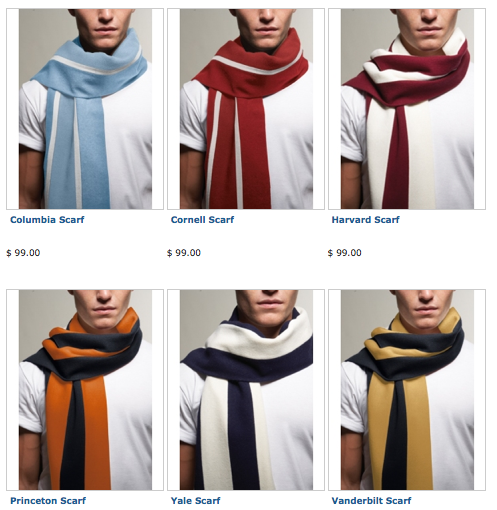 Below we see Smart Turnout’s Princeton scarf, crafted in 100% wool and hand pressed at $99. On the right we show the Women’s Scarf sold at the U-store on campus, made of 100% Kashwere and selling at $35. (We suspect Kashwere is not a naturally occurring fiber.) 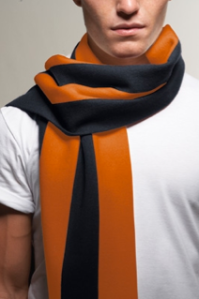 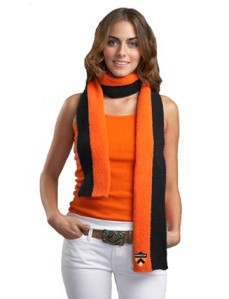 The tradition of wearing one’s college colors started with British and Irish students, Smart Turnout carries accessories for every major school and regiment in the UK, while Ryder Amies offers scarves for Cambridge’s many colleges. 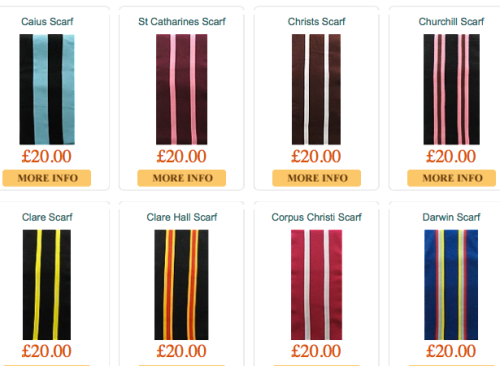 As in so many cases, there is no shortage of vendors offering merchandise, the trick is finding quality products. And we are sticklers for the unspoken understanding that one doesn’t wear the colors of an institution one did not attend.

Of course, there is always someone who doesn’t play by the rules. 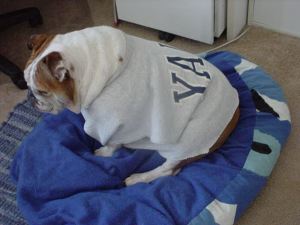 Tilly admits she’s no Handsome Dan, but says she can’t give up one of her favorite pieces for snuggling when winter rolls around. 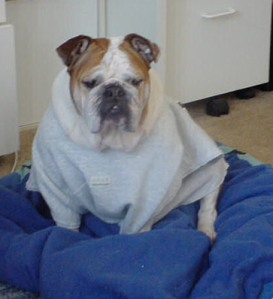 Does this make me look fat?

We’re thinking Handsome Dan might give Tilly a pass. 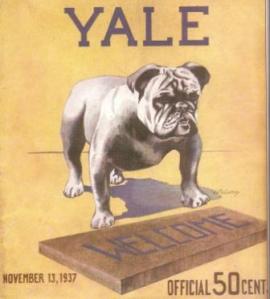 One other item of note today, Talbots has announced their next celebrity model. 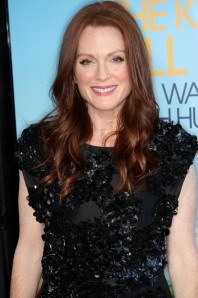 Actress Julianne Moore is set to start shooting for the retailer’s spring catalog this week. AOL’s StyleList has more on the selection, with this comment from the company’s CEO.

“She will make our brand feel modern, which is what the 40-ish woman is. She’s effortless — an effortless beauty.”

There was substantial buzz this summer about Ms. Moore’s nude ads for Bulgari. 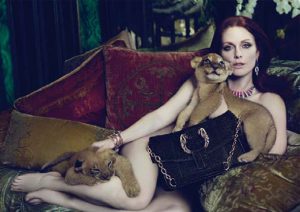 Most recently the company used Linda Evangelista for its fall catalog and advertising.

We leave with one quick reminder for anyone who might not have entered our Giveaway for copies of The Official Preppy Handbook and True Prep. 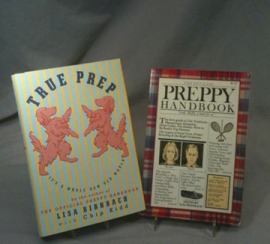 TP is Giving Up One of TOPH Copies!

You can enter until midnight tonight, we’ll announce the winner tomorrow. (There are lots of other goodies included from brands like LL Bean Signature, Vineyard Vines and Cole-Haan, do meander on over if so inclined.) 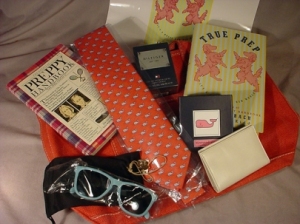