We missed you yesterday, but the volume of inquiries about the wedding of Sweden’s Princess Victoria made us think it would be wise to leave up our Saturday post detailing the party frocks, heads of state in attendance, etc. But we are back today, and a good thing, as it is high party and sporting season.

Everyone knows Wimbledon is under way, and that means lots of activities on and off the court. We begin with some images from the official Pre-Party this past Saturday, on the left we see Venus Williams; sister Serena Williams may be seen on the right.

Celebrities (we use that word loosely) were also on hand, including the Sugababes singing group. (Do help TP out here, are we hopelessly out of touch to be unfamiliar with this group?) 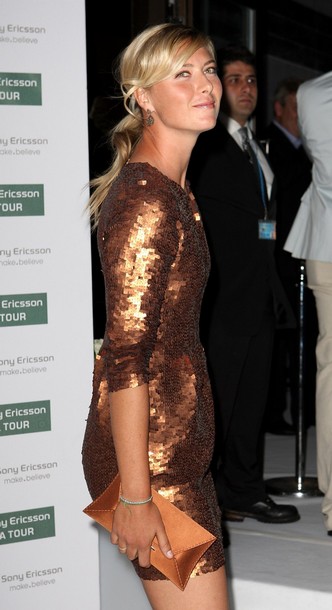 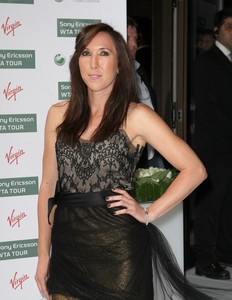 As many readers know, there is always another party this time of year, the Polo Ralph Lauren annual Wimbledon celebration. 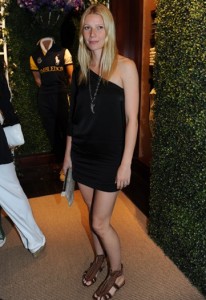 More atmosphere at the party venue, the PRL store in London. 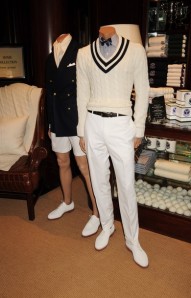 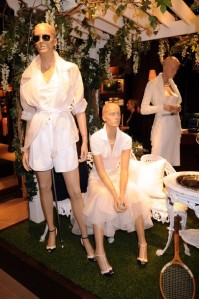 Below, Jules Knight, Stephen Bowman, Oliver Baines and Humphrey Berney of Blake (we confess to looking this one up on Google, they all are in what is referred to as a ‘boy band’) on the blue carpet.

We thought Venus Williams looked elegant, and adore the pink/green necktie the gentleman on the right is sporting. 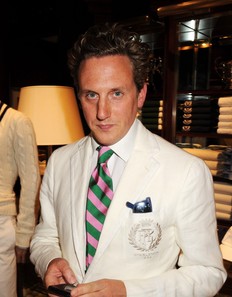 The event was a fundraiser for a British breast cancer organization, Too Many Women.

Mr. Becker’s connection with Polo Ralph Lauren can be seen in this ad showcasing the Wimbledon Ball Boys and Girls, all clad in Ralph Lauren designs.

This is the fourth year Mr. Lauren has designed the uniforms, although they are basically unchanged from last year. More on this topic tomorrow.

This year’s Wimbledon on-court fashion updates are many and varied, below we see Serena Williams in her new Nike look. 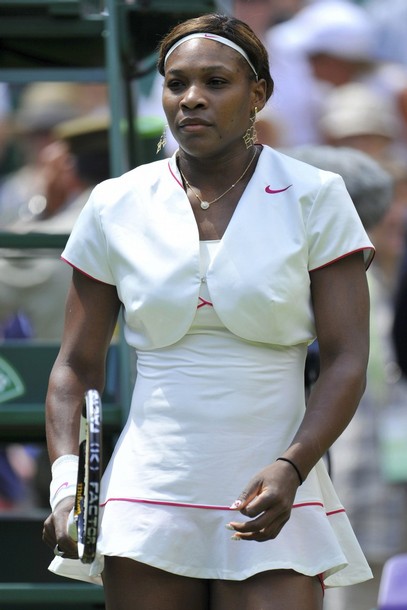 Maria Sharapova also wears a new style, also with a jacket over the dress, and also from Nike.

For more updates and information about the on-court fashions, pop over and visit Rich at Down The Line Tennis, as always, he is a much better source on the topic than we.  The most we can add is evidence that it is hot over at Centre Court.

Of course the uppermost image is a shirtless Roger Federer, the second is Rafael Nadal.

And our final fashion note comes via a Tiffany new release regarding the earrings Maria Sharapova will be wearing during Wimbledon. Some may recall the tennis star and Tiffany have a marketing agreement; she wears and publicizes a specific pair of Tiffany earrings during each Grand Slam event.

Ms. Sharapova is wearing Elsa Peretti Diamonds by the Yard®, here is a better look