Welcome to a new week here at the Prepatorium, we just know it is going to be a good one.

We begin with a link to one of our favorite sites, Trendhunter.  The site has put together what they are calling 52 Preppy Pictorials, a variety of photo pieces featuring ‘preppy styles’ and fashion.

If going to the site be sure to scroll down a bit past the advertisements to see the selection of topics, including everything from Bright Boating Shoes to Vintage Sports Fashions. 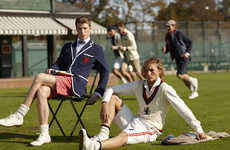 From the introduction to the features:

“From the halls of Harvard to hipsters sporting bow ties and boat shoes preppy style is everywhere and seems to influence almost everyone. You see geek-inspired styles in the streets, in magazines and in the lookbooks full of preppy pictorials for upcoming fashion collections.”

One cautionary note: not all of the looks showcased fall into what many of us would refer to as classic prep styles.  Actually, few fit in this category. We enjoy looking at such things, but Brooks Brothers or J. McLaughlin it is not; some might even confer When Preppy Goes Wrong status upon certain designs, although that feels a tad stringent.

Stringent is an appropriate word for our stance on Tommy Hilfiger merchandise; we acknowledge frequent references to the brand as nouveau-prep.  You can imagine our surprise when seeing a story on the brand in the Times on Friday, with this opening line:

Now, many readers know of our fondness for Eric Wilson’s writing in the paper; be assured that sentence raised some eyebrows here at the palace.  His story continues:

“Once a preppy kingpin and then a megabrand designer of urban streetwear… Mr. Hilfiger, in the 1990s, was very cool. But then, about 10 years ago, he just wasn’t. People became more interested in his divorce and his dating life and his daughter’s reality television show than his clothes, all of which looked increasingly like the result of a designer who was trying too hard.”

A “preppy kingpin”? We think not.

The designer is quoted in Mr. Wilson’s story:

Below, another image accompanying the story shows Mr. Hilfiger with models wearing his designs. 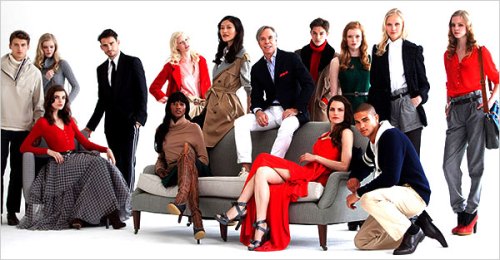 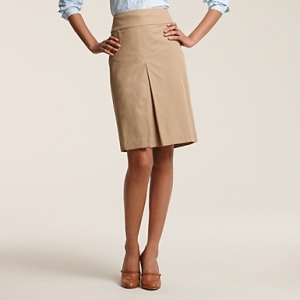 One needn’t look far to observe the wretched initials adorning apparel and accessories, evident even on items for the tiniest of preps. 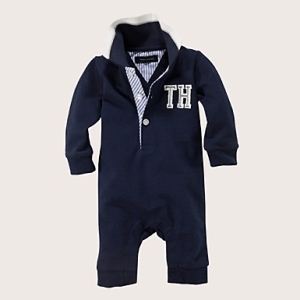 Of course, it is all reminiscent of another brand and its offspring; left, a Polo Ralph Lauren shirt, and right, a Rugby polo shirt. (The Rugby top is also an example of When Pink and Green Go Wrong. Sigh.)

We shall cease dwelling on the unfortunate topic of Logophobia and move on.  To see the entire Times story, just click here.

A quick reminder that the French Open is almost upon us (it begins Sunday), brought on by seeing the latest from Lacoste: 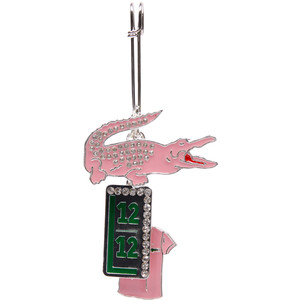 In honor of the event Lacoste has released a collection of pieces from French designer Les Bijoux de Sophie. The items showcase the company’s logo and polo shirt; there is a Pink Crocodile handbag, even a candle with a detachable band that can be worn as a bracelet. 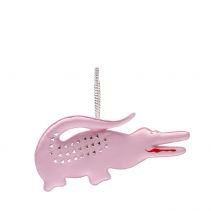 So much for staying away from the L word (logos).

We close with a simple (and simply beautiful) Pretty in Pink… and Green.

The balconies at Claridge’s are awash in springtime splendor. If only we were there in person!