Hello-Hello and welcome to a wacky Monday here at the Prepatorium! We hope the sun is bright and shining on your corner of the globe.

We begin with a look at the return of a classic LL Bean sweater, better known  as “The Norwegian“.  Remember this? 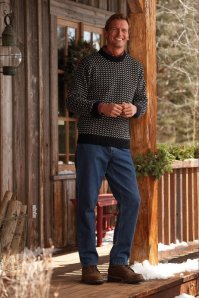 The photo is from this year’s Fall/Winter catalog. Here is a better look at the sweater compliments of the sharp dressers at Valet Magazine: 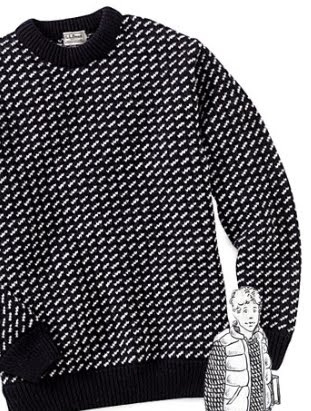 If you noticed in the photo above, the image of the sweater immortalized in The Preppy Handbook is also shown. But back to Valet’s take on the topic:

Bean has done a superb job marketing this, with the upcoming return receiving quite a bit of play recently in the blogosphere.  In reality, this has been reported since May, when news was released about the sweater returning to the LL Bean lineup. And Valet’s thoughts about the sweater sent to them for review?

“…happy to report that Norwegian Sweater version 2.0 is good. Like, really good.”

The Norwegian will be available in November, selling for $129.

(And we won’t say a word about anyone here at the Palace having once owned such an item only to have had a spouse  remove it under  cover of darkness determine it would do more good keeping someone less fortunate warm. Nope.  TP would never be so cruel and shortsighted.)

Next, a quick look at some upcoming items from the Hello Kitty 35th Anniversary Collection.  Below, the Anniversary Tartan products. 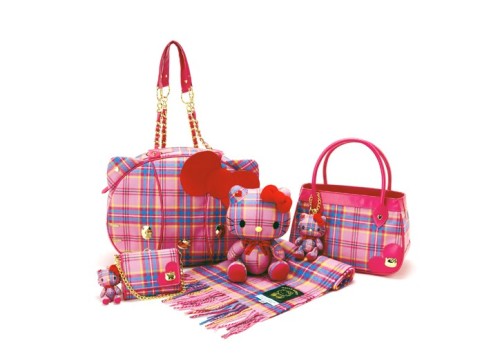 We love that bright pink plaid so much we’ll declare this group as officially rating a Pretty in Pink designation, accompanied of course, by all of our standard Logophobia advisories.

The actual anniversary is November 1, and according to the WWD story on the upcoming event there will be quite a few products released:

• A series of Judith Leiber-designed items based on retro Hello Kitty designs.

Of course, in no way does Hello Kitty display a prep aesthetic, but the designs are so darn cute, and almost always have pink somewhere in the motif, sometimes we can’t help but be drawn to them.

Including a new line of cosmetics: 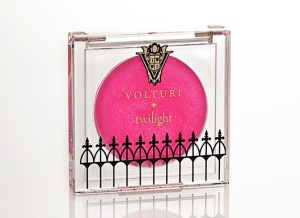 According to our trusty Women’s Wear Daily, the beauty products will showcase two separate lines, the first aimed at younger fans:

“Volturi Twilight, named for a ruling vampire clan in the “Twilight” series, is aimed largely at teens and is launching the middle of next month at Hot Topic, Torrid and Ulta.”

Above, body shimmer from the Volturi group; prices for the Volturi items are to by $9 to $19.  And for the older crowd? The article explains that merchandise will be a little pricier, $18 to $34:

“Luna Twilight, a play on the moon themes in “Twilight,” is targeting older girls and teenagers’ mothers and is launching in the middle of next month at Nordstrom and Dillard’s.

The final product announcement we share involves a brand we adore, Ferragamo. Unfortunately we are not feeling favorably about this one, it just doesn’t seem like a natural fit.

Your thoughts? Should the upscale shoe company stick to what it knows best, or do you believe this might be a good way for the firm to extend the brand?

Yes, it is Le Wintour (Anna Wintour, Vogue Editor, aka ‘Nuclear Wintour’, etc.) promoting The September Issue tonight on CBS.  The documentary opens in New York this Friday; caustic columnist Maureen Dowd wrote about it this weekend in the Times:

“Just like Miranda Priestly, who dismissed her assistant with a cold “That’s all,” Anna frostily murmurs “That’s it? There’s nothing else?” as she surveys photos and clothes and prods a staffer: “It’s Vogue, O.K.? Please, let’s lift it.””

By all means. Perhaps we should cease the “Because life is better with a bow” credo and go for “Let’s lift it.”