Hello-Hello! Might we inject a personal note here and say we are ever-so-happy to be back home at the Prepatorium. New York is always fun, but being home at the Palace brings a smile to TP’s face.

Our trip to the Stationery Show was fun and frenzied, with just enough social activities thrown in to keep us re-applying the lip gloss.  We saw loads of new goodies we think you will love, including some divine designs for the Fall and holiday seasons that we shall be adding to our Lilly Pulitzer Stationery and Gifts Collection.

On the agenda? Fireplace matches (you know, the really long ones the houseman uses), cookie cutters, and…. (insert dramatic music here), 2010 Calendars! There will be both desk-top and wall calenders that you are simply going to adore. Many readers will remember we offered pre-ordering of the Lilly Stationery merchandise prior to this spring’s launch; we will provide that same opportunity with these new treasures.  Just sign up for our Lilly Mailing List at PreppyPrincess.com.

As we are speaking of Lilly Pulitzer, fans will be pleased to learn she received the prestigious Spirit of a Woman Award from the American Apparel and Footwear Association.  The award presentation was last week in New York, and Isaac Mizrahi did the honors, wearing pink loafers in honor of the designer: 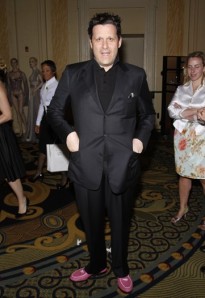 It is clear Mr. Mizrahi thinks highly of Lilly’s impact on American style:

Unfortunately Lilly was not able to attend; the award was accepted on her behalf by Lilly Grand Pooh-Bah Scott Beaumont, accompanied by another Lilly exec, James Bradbeer Jr. 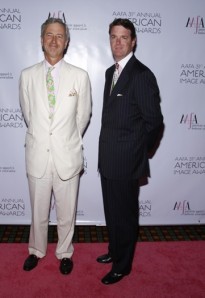 BTW, the Lilly Brooke Shields Tunic and Swimsuit were featured on the Today Show yesterday in a segment about beachwear and swimsuits. 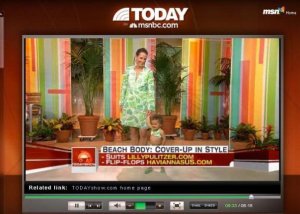 And in a final note, we have added the Lilly Pulitzer Dry Erase Boards to the store, an outstanding addition to your palace, equally wonderful as a gift! 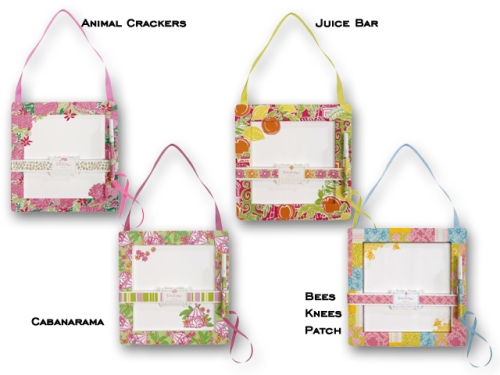 It will come as no surprise that just about every retailer is having a sale or discount promotion of some sort as we approach the holiday weekend. Burberry tops today’s list of just such establishments. 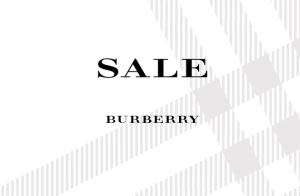 There is a substantial amount of merchandise available in the ‘Sale’ category online, no surprise in light of the company’s continued underperformance. 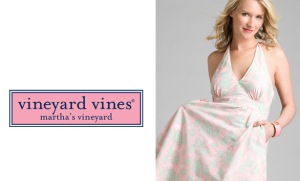 They also have a Kate Spade sale underway. 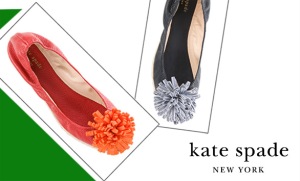 Both sales end tomorrow (Thursday, 5.21.09) at 11am; if you need an invite to ‘join’ the site, just email the Princess: thePreppyPrincess@mac.com.

J. Crew is promoting a sale at their Factory Stores, running today through Memorial Day. 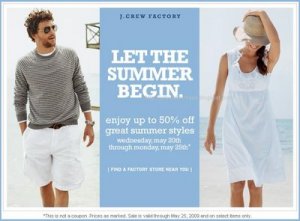 We predict Crew will have a “Take an additional 20% off” discount offering within the next week to 10 days.  We’ll share the Silk-Linen Sweater as today’s Pretty in Pink: 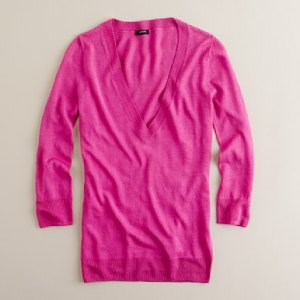 The Nordstrom Designer Sale is underway as part of their storewide Half-Yearly Sale event. 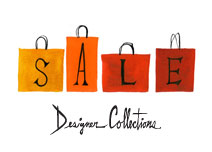 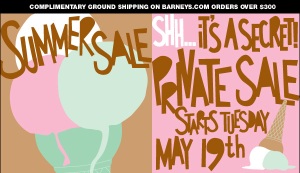 We want to share a few quick updates to previous posts:

We’ll have more on the Stationery Show in our next post. Until then – smiles!

16 responses to “An Award for Lilly & Preppy Sales Abound”