Is ALL Black Fleece on Sale? Also, Obama Fashion Bailout?

Today we start with one of TP’s favorite designers (regular readers know the truth), Thom Browne. Yes, he of the cropped pants on men’s suits, including his Brooks Brothers Black Fleece Collection. Among other things.

First off, next week Mr. Browne makes his European debut, presenting his line in Italy for the first time. 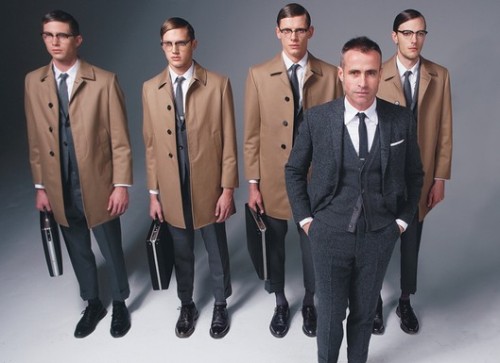 And in other Thom Browne news (heh-heh), an update on the standalone Black Fleece store in the West Village from the the eagle-eyed staff at Racked.com. They have been monitoring things at the site and reported yesterday that after months of inactivity, they saw movement!

“After months of darkness, the lights have come on inside of the corner store and it looks as though they are working on painting the walls and refinishing the floor.”

Below left, the Black Fleece Embroidered Trouser at Brooks, discounted a whopping 75% to a mere $375; but remember, it is only a bargain if Mr. Wonderful prefers flood pants.  On the right, a far more enticing item, the Men’s Cashmere Argyle Sweater, 50% off its original selling price, now $500.

Because we so care about proper maintenance of your trust fund, we scoured all the Black Fleece we had time for, and only discovered one item that was *not* on sale.  And that is….?  The Triple Guard Stripe tie, described this way on the site: “As worn by Jennifer Aniston on the cover of the January 2009 GQ magazine.” Indeed. Was this not Ms. Aniston’s entire wardrobe for that photo?

Actually, the same tie is used with a look we happen to love, the Women’s Black Fleece Classic Wool Jacket. This will not surprise frequent blog visitors as we have been vocal about our fond feelings for many of Mr. Browne’s women’s designs.  This lush jacket is now at $950, half of the original selling price.

We were more-than-surprised to see something unusual on sale at Brooks: their fragrances for Men and Women.  On the Shock-O-Meter, this is up there with the Saks Designer Jewelry sale.  Seriously. 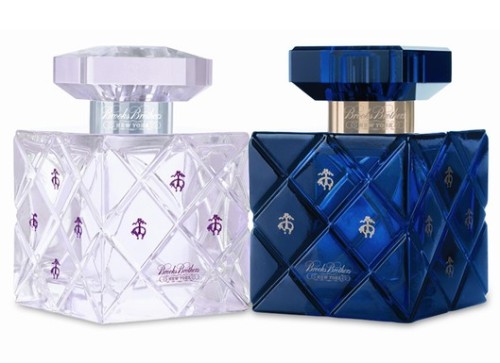 We have *never* seen fragrances on sale at Brooks, so this clearly goes in the SOTT (Sign of the Times) category.  In this post we did talk about the three Men’s scents remaining in the line, but there was no guarantee they would be carried indefinitely.

And in another SOTT, we give you this: 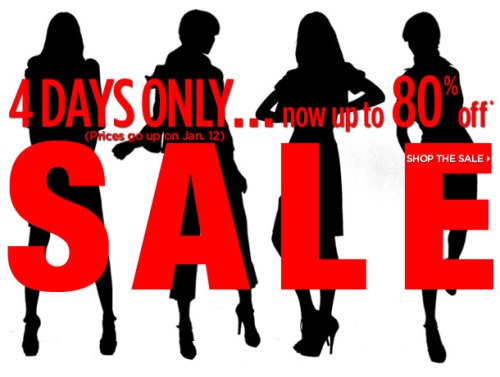 Please excuse us while we locate an ice pick to thrust directly between the eyeballs.  At the very least we require a Prozac Latte just to carry on. The thought of Saks disappearing from our horizon is unbearable. (Yes, we realize there are far more tragic things in the world, but they are not what TP elects to discuss in this blog.) We shall simply operate under the dum spiro, spero philosophy.

Next SOTT:  Polo Ralph Lauren is also pushing deeper discounts, “Up to 70% Off” original prices.  This Cashmere Turtleneck Dress looks snuggly and chic, and at only $129 it could be a great investment piece.

This could easily be a SOTT: A story in today’s Times headlined “U.S. Fashion’s One-Woman Bailout?” accompanied by this photo montage: 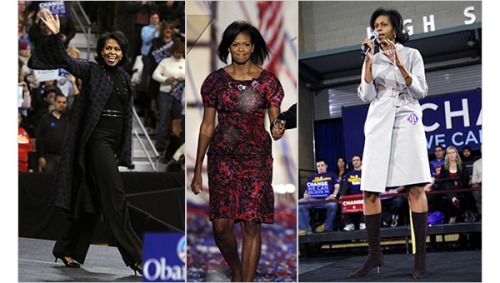 Reporter Guy Trebay does an excellent job looking at Michelle Obama and her impact on the fashion industry, making for a great read.  There are also several online photo slide shows and interactive features  on the topic of First Ladies and Fashion (including inaugural gowns) worthy of your time.

And speaking of same, the marketing minds at retailer White House/Black Market have unveiled four sketches of Inaugural designs for the next First Lady. 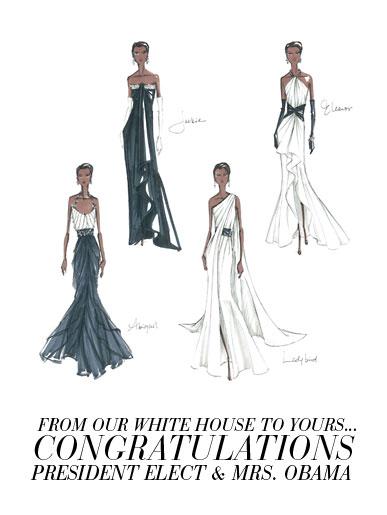 The four gowns can be seen starting tomorrow at WHBM’s Union Station mini-store, and better yet, they are being used as a fundraiser for Clothes off our Back. 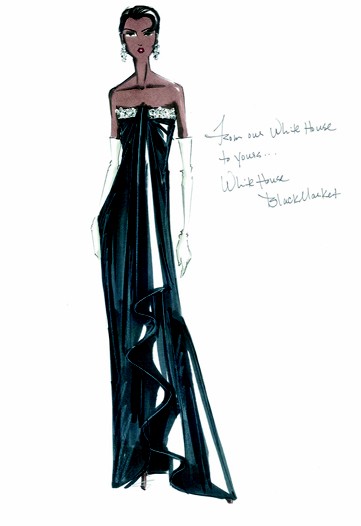 As explained in WWD’s story on the promotional effort:

“Back in June, we were thrust into the spotlight when Mrs. Obama wore us on ‘The View,’ and since then we’ve been on a journey with her and we wanted to take her to the inauguration,” said brand president Donna Noce. “Our tag line is ‘From Our White House to Yours.’”

The dresses are named The Abigail, The Eleanor, The Jackie and The Ladybird, and are all handmade, in Size 8.

10 responses to “Is ALL Black Fleece on Sale? Also, Obama Fashion Bailout?”