Is it a “Pink Plague” for Girls? Barbie in Burberry and More!

The Princess is excited this morning. Why?

Because we are lucky enough to have been given an award by two different Belles! Yippee! And the timing is sublime, as we just topped 300 posts!

The fabulous Belle in Bloom was kind enough to give us an award yesterday….

And then we learned that the always delightful Tale of a Southern Belle bestowed the same honor upon us today!

Tale of a Southern Belle

We are talking about the Lemonade Award, and we say “Thank You” to both ladies, both of whom are always an excellent read.

The Award has some rules:

Here are the 10 we are nominating, starting with a blog in the spirit of the two that nominated us!

We realize several of the blogs we are nominating may have already been suggested, but wanted to include them anyway. Thank you again Miss Belle in Bloom and Tales of a Southern Belle!

Do you think too many toys for girls are done in pink?  The U.K.’s Daily Mail had an interesting story on the topic, “Pink plague: Stores are accused of making girls’ toys just in pink to encourage pester power.” (The headline reminds us of the film Broadcast News and the line “When all else fails, alliterate.”)

At any rate, a case is made that pink is used in a discriminatory fashion from the time girls are wee little things, quoting Sue Palmer, a ‘literacy consultant and author of Toxic Childhood.’

“‘I’m worried about the “pink plague”,’ she said. ‘You can’t find girls past the age of three who aren’t obsessed with the colour.”

The story’s author, Sarah Harris, shares these thoughts as well as some photos illustrating her point :

“It soon becomes apparent during a visit to a Toys R Us store, that hundreds of girls’ toys come in just one shade: A lurid sickly pink.”

We are standing by to hear your thoughts on the pink issue.

Talking about this reminds us about the increasing to-do over Barbie’s 50th Anniversary, including her runway show at Fashion Week in February.   Monday’s IHT (International Herald Tribune) has an excellent story about the designers Barbie has encountered over the years, accompanied by a fabulous slide show “Pretty in Plastic.”  TP is fond of the cateye glasses in the outfit below. 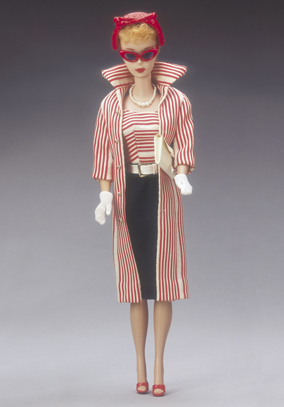 We are hopeful you won’t be aghast to learn TP has more than a few retro pieces in her walk-in.  The story talk about the many designers creating clothing for Barbie.

“From Benetton and Burberry to Versace and Vera Wang, Barbie has been dressed by more than 70 designers, including Giorgio Armani, Christian Lacroix and Monique Lhuillier.”

The look on the far left is Armani, Burberry is seen in the center and on the right it is Benetton. The article and slide show really are fun, definitely worth a peek if you have a spare nanosecond to invest!

Speaking of investing, it will take more than a nanosecond to ingest/digest the latest book on the topic of wealth, “Rich Like Them“.  Released yesterday, the full title is “Rich Like Them: My Door-to-Door Search for the Secrets of Wealth in America’s Richest Neighborhoods,” written by Esquire editor Ryan D’Agostino.

An excerpt from the Publishers Weekly writeup:

A quick couple of hits: 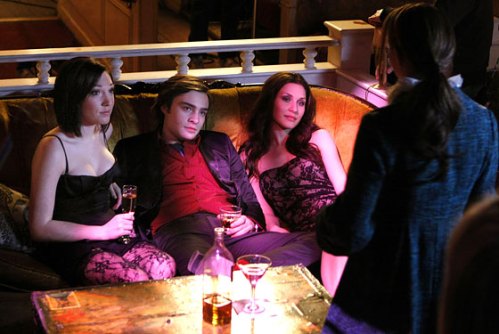 15 responses to “Is it a “Pink Plague” for Girls? Barbie in Burberry and More!”