The Princess is Obsessed….and She Has a Confession! Also, Prep Schools for the Obama Girls

It had to happen.  You just knew that sooner or later TP was going to locate something new, in pink, for scooting around town.  We confess we are simply ga-ga over this:

We present the Hermès Fortwo édition Toile car, unveiled last Thursday in front of the Grand Palais. This creation is in honor of the Smart Car’s 10th Anniversary, and it will cost just under $50,000. 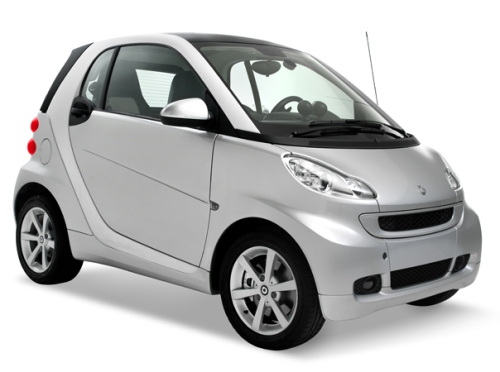 It wouldn’t be for everyday of course, and only for certain locales, like Georgetown, or the Loop, perhaps Nob Hill. But not on the highway as almost anything else would turn us into Flat Stanley in an instant! Naturally TPC (The Princess Consort) will have to counsel the staff as a few may be concerned about job security if they aren’t driving TP; he is very good and will work with them to assuage their fears.

Those who regularly punish themselves by reading our mental meanderings know how we feel about luxury brand logos and may be concerned we are off the reservation here. Are you perhaps a new reader curious about our case of LogoPhobia? We shall attempt brevity: we loathe them. They are beyond nouveau gauche, with a very few exceptions, most have been mentioned in this space.  We consider them to be hideous in most circumstances and beyond offensive at their worst. (An egregious example follows; the D&G baby bottle is worse than most because in this instance the baby is doing the advertising.)

But back to the car; of course it comes in other colors, like Hermès’ signature orange. Each Smart car will showcase Hermès leather with covered steering wheels, including lime, navy, fuchsia and other colors. But if not in pink… what’s the point?

So be they on apparel (where to start, really?), on luggage (Louis Vuitton anyone?), on eyeglasses or sunglasses (hello Tiffany?), almost anywhere, they are hideous. However, when it comes to the Hermès logo on the Smart Car, it is our understanding it is going to be quite discreet, in Hermès’ original canvas toile there will be the “H.”  What do you think? BTW, our thanks to TrashBagAesthetics.com for their fab photos!

We now know a bit more about some of the prep schools Michelle Obama was looking into while in Washington the before the President-elect arrived in town for their visit with the Bushes at the White House.  One possibility is Georgetown Day; it is co-ed and teaches grades Kindergarten through High School. It was the first integrated school in the city, and also very progressive according to a story in today’s NY Post, with students and teachers on a first name basis. Below, a shot of the school yesterday following Mrs. Obama’s visit. Tuition here would be approximately $27,445 for grades 1-5. 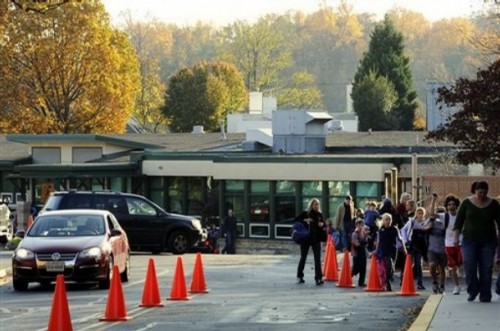 Other contenders include Sidwell, pre-Kindergarten through 12th grade is actually in the District proper. It is the Quaker school attended by Amy Carter and Chelsea Clinton; vice president- elect Joe Biden’s youngest son attends Sidwell now. According to Newsday’s story tuition at Sidwell runs $28,442 for pre-K through 4th grade and $29,442 for grades 5 to 12.

Now it is time for the afore mentioned “True Confessions.” Yesterday we had occasion to spend a good portion of our day in one of the PrincessMobiles, driving halfway across the state. And back again. Having neglected to remember to bring the iPod (a gift from the Princess Consort!) we decided to take our chances with the radio. The buttons are all preset in a plethora of combinations offering a multitude of musical genres. So we reached forward and hit  ‘On” and music filled the air.

Oh yes, this filled the air:

“Have yourself… a merry little Christmas….

And the confession? Yours truly did not immediately push another button, oh no. She sang along with Bing Crosby. And then The Carpenters (honestly) and then Aretha Franklin. And then we turned it off.

The Consort is most concerned.

12 responses to “The Princess is Obsessed….and She Has a Confession! Also, Prep Schools for the Obama Girls”