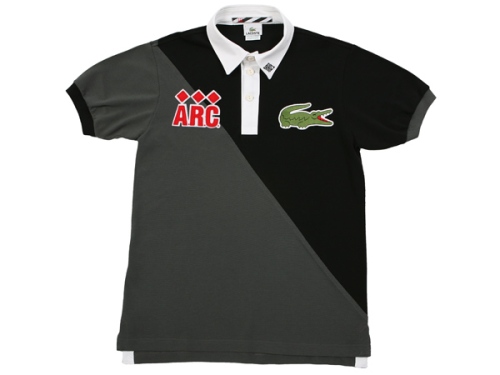 Anyone looking for evidence that Target has not yet cornered the market on collaborations between fashion entities need merely look at the photos accompanying the majority of this post. We give you more of the Lacoste A.R.C. Collection. 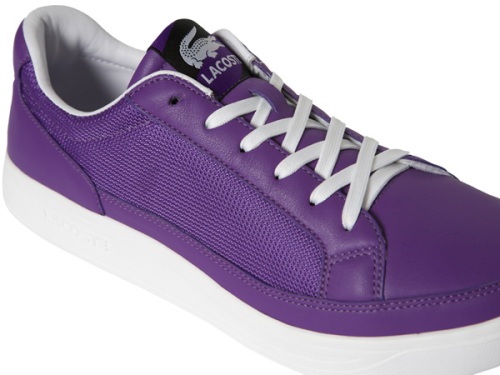 These Lacoste 75th Anniversary products are from a group The Princess really wasn’t all that familiar with; they are the result of a collaboration between Lacoste and Alife Rivington Club on the City’s lower east side. Actually, The Princess Consort was excited, because technically it’s a Club, and he couldn’t believe there was one TP hadn’t heard of, or that she and/or various friends and family members didn’t already belong to, regardless of wherever in the world they might be at any given time. (That is a bit of an exaggeration on his part. Really.)

Here are a few photos of the Rivington Club, compliments of NY Magazine. 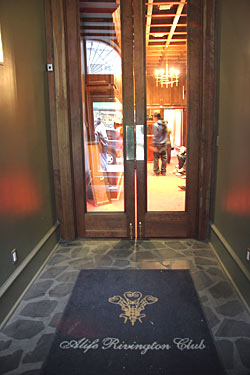 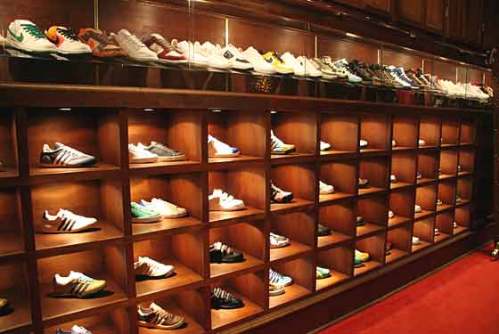 As you have probably surmised, the Club is more about sneakers than cocktails after finishing the back nine. If you fancy *any* of the items shown from this collection, our very best advice is to race, not run, race from this page to the Rivington Club page, sign up and then attempt ordering. Ladies, the sneakers are in Men’s sizes as best we can ascertain. The polo shirts appear to be Men’s sizing as well. If you are comfortable shopping out of the country (TP has never had a problem but recognizes it is a matter of personal choice) Solebox in Germany also seemed to have a good selection as of this writing. Hypothetically these pieces will be also be available at Barneys, as well as London’s Dover Street Market, and Colette in France. 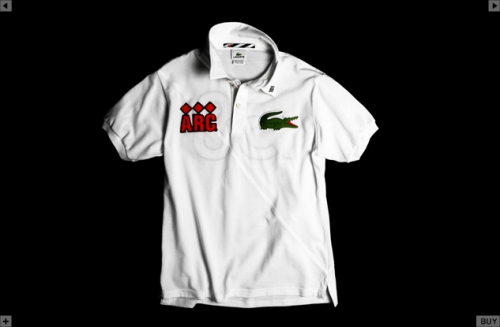 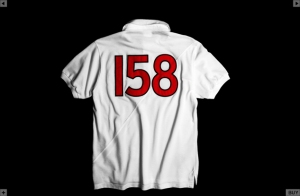 If it isn’t visible in the photos, the tennies are made from a combination of mesh and leather. Happy hunting! TP is not responsible for any injuries suffered as a result of your endeavors pursuing any of the items shown above. (They’re a bit bold for us, but isn’t that what one would expect of someone at our advanced age?)

If you are interested in items other than the Lacoste ARC Collection than visit alifeNYC (this site is separate from Rivington Club) and when you get there, click on the words “The upset” in the lower righthand corner. When the next page comes up you’ll see a dialogue box for your email & password, presuming you don’t have one, don’t worry about it yet. On the right side of the page click on one of the drop down menu headers for ‘Softgoods’ or ‘Hardgoods’ or the ‘Footwear’ menu and proceed from this point per your own wishes.

Well now, we move on to a bit of a departure for TP. You know that we hold civility above most other virtues as a “must” when discussing behavior or character. Having said that (you know where this is going, don’t you?) we are about to use a most uncivil phrase in describing our vision of the upcoming fashion frenzy about to hit Beijing. And not just for athletes, but for TV talent and commentators, as well as those in attendance at the Games and concurrent festivities. We feel there is no other possible way to refer to it but Smackdown Beijing: Fashion Frenzy. (Oh yeahhhh!)

And to get us started (just on the Olympic fashion track not the on the Smackdown part of the deal) word this morning from Women’s Wear Daily that one of the The Princess’s Top Ten Favorite Brands is doing apparel (it’s really not uniforms) for some of the NBC Universal talent covering the Games. Ports 1961 designed the attire and before anyone starts hyperventilating, this isn’t Meredith and Matt we’re talking about. It’s NBC’s Mary Carillo, acting as the late night show host, Alex Flanagan for USA & CNBC, MSNBC’s coverage host Melissa Stark, and Oxygen’s host/sports desk reporter Lindsay Czarniak.

Judging by the way the sketches are titled, the look above is for Mary Carillo, and the sketch below is for Melissa Stark, not surprising knowing Ms. Stark’s current on-air look.

We fly away now, better to allow anyone desperate for the Lacoste ARC line to get busy!